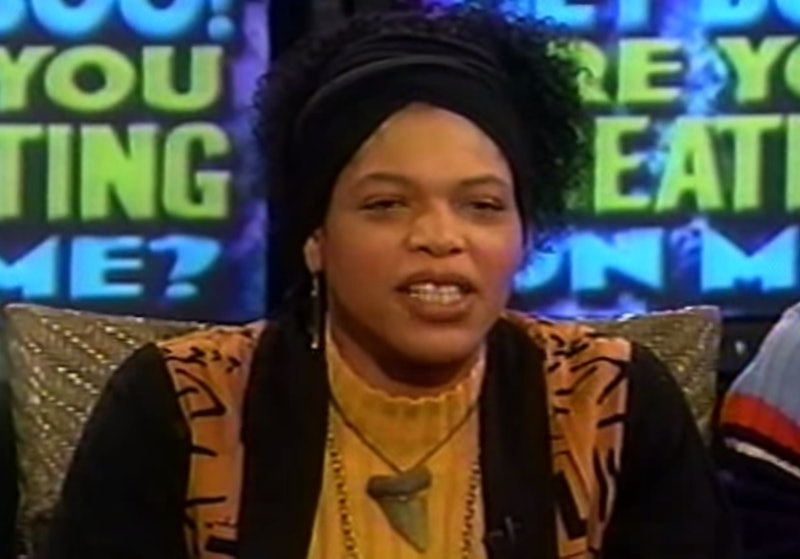 On Tuesday, TMZ reported that infomercial star and tarot card professional Miss Cleo died at the age of 53 after battling cancer. Her rep told TMZ, that she was a "pillar of strength" during her cancer fight and died Tuesday morning in Palm Beach, Florida surrounded by family and friends. Her death has truly hit home for many, especially those who recall watching her in the '90s. As much as she'll forever be remembered as "Miss Cleo" (her real name is Youree Harris) and for being a TV psychic, Miss Cleo was so much more than a psychic. That's right, she just didn't read fortunes or predict the future for her late-night viewers.

It may be hard for some to believe, but just because you knew her as a psychic doesn't mean that was her only job. She even admitted to the fact when she told The Advocate in September 2006 that she wasn't truly a psychic. Actually, Harris considered herself a "spiritual counselor or spiritual adviser." She explained further,

I’m more a shaman, an elder in a community who has visions and gives direction to people in their village. My clients and my students are my village. I take care of this community. If you sit down at my table, you have to take away a lesson and not just learn what is going to happen tomorrow. I also perform weddings — both gay and straight marriages — and house cleansings and blessings.

See? So much more than a psychic.

In addition advising and counseling others spiritually, Harris also lent her voice to a 2002 video game. Have you ever played Grand Theft Auto: Vice City? Well, Harris voided Auntie Poulet. Before becoming famous as Miss Cleo, Harris dabbled in playwriting. Yes, she wrote and performed in plays. According to a March 2002 article published by Seattle P-I, in 1996, Harris wrote a play called "For Women Only." In the play, she portrayed a Jamaican woman named Cleo. It seems like that character was the inspiration behind Miss Cleo. Then, in 1997, Harris produced two plays at Seattle's Langston Hughes Cultural Arts Center. She even performed in both.

Apparently, she loved being in front of the camera, because she appeared in a 2005 used car commercial for a dealership in Orlando, BuzzFeed reported in February 2013. At one point in time, Harris even had her own podcast titled, Conversations With Cleo. After her time on the Psychic Friends Network, Harris appeared in a documentary called Hotline, where she discussed her time as a psychic. In addition, in 2007, she released a spoken-word CD, Full Moon Madness.

This just goes to show you that even though she made headlines (and sometimes not in a good way) as Miss Cleo, her resume certainly included other items of experience than an infomercial psychic.