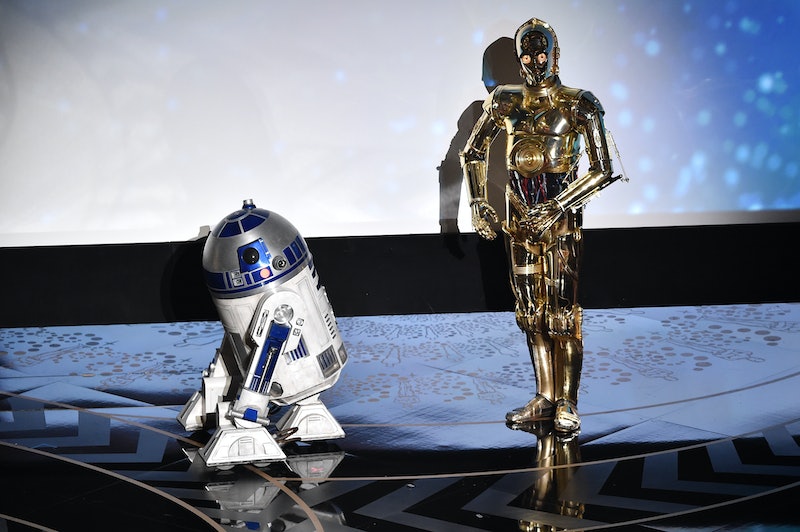 It's been said that, when you go through something traumatic with another person, you two grow a special bond that can't be replicated. In action movies, actors play out these scenes all the time, so you'd think they'd have to like each other. And yet there are plenty of action movie stars who don't get along. Apparently, it's called acting for a reason. It's no secret that what you see on the silver screen isn't always what's going on IRL, but wouldn't it be nice if they all lived happily ever after like Blake Lively and Ryan Reynolds? Unfortunately not everyone can be Hollywood's hottest it couple — or even friends for that matter.

I should warn you that some of the duos on this list may make you feel like you've been cheated or lied to your entire life. But this just proves your favorite actors are even better at acting than you thought. It takes serious will power and talent to spend months filming with someone you can't stand, not to mention pretending you like them in close quarters and throwing some fake loving in the mix. Before you break out the ice cream and slipper socks to mourn the fake duo love, remember the characters' relationships are forever preserved on the screen.

You might know Anthony Daniels and Kenny Baker as your favorite droid duo R2-D2 and C-3PO in the Star Wars movies. What you may not know is that these two famously resented each other. Baker told Telegraph, "it was very hard to communicate." He went as far as saying, "If he comes [to the London cast reunion], I won’t be there." These two had the most sentimental relationship in Star Wars: The Force Awakens — I can't help but shed a tear knowing it was all forced.

Charlize Theron and Tom Hardy may have shared a longing look at the end of Mad Max: Fury Road, but, according to E! News, the hatred between the two was a type of method acting. Director George Miller said, "the two characters come together out of necessity and rather reluctantly." Basically, they found trust in each other on and off the screen leading to one heck of a performance.

Tommy Lee Jones and Jim Carrey played the villains Two-Face and Riddler respectively in Batman Forever. Carrey told Us Weekly that Jones told him, "'I cannot sanction your buffoonery.'" The two villains were plotting together against Batman in the movie, and their actors were none too fond of each other in real life.

Sylvester Stallone made it pretty clear he hated Bruce Willis after reportedly tweeting "GREEDY AND LAZY … A SURE FORMULA FOR CAREER FAILURE," according to The Guardian. In fact, Willis was fired from Expendables 3. He was then replaced by Harrison Ford.

Reed's character owned Crowe as a gladiator/slave, but helped him plot against evil emperor Commodus. However, tensions extended beyond the screen for late Oliver Reed and Russell Crowe, who had problems filming Gladiator because Reed reportedly drank too much and caused problems.

Glamour reported there were tensions on set between Hollywood Homicide co-stars Harrison Ford and Josh Hartnett. According to Contact Music , Hartnett said, "There were times we would end up just sitting in the car when we were supposed to be doing a scene and neither of us would say anything for like an hour."

Red Planet stars Tom Sizemore and Val Kilmer were "on-and-off friend[s]." The New York Daily News reported that their feud began when the "production had paid for Sizemore’s elliptical machine to be shipped to Australia." Kilmer was making more money than him, but apparently Sizemore had the muscles of the duo when he threw a 50 pound weight at Kilmer.

James Bond spoof Casino Royale stars hated each other and had to film their scenes in separate rooms. The New York Post reported that Peter Sellers and Orson Welles filmed their scened with mannequins and then the scenes were edited together. That couldn't have been easy on the rest of the cast and crew.

Real Bond movie Tomorrow Never Dies co-stars Pierce Brosnan and Teri Hatcher had to film some seriously steamy scenes in classic Bond fashion. This proved difficult since they didn't get along. People reported Brosnan said, “She was always keeping me waiting for hours. I must admit I let slip a few words which weren’t very nice." As it turns out, Hatcher was pregnant and suffering from morning sickness.

Silver couple Sharon Stone and William Baldwin hated each other so much that, according to The Telegraph, she bit his tongue when they kissed. Talk about a kiss of death — Baldwin allegedly had trouble talking afterwards.

Next time you're watching your favorite movie, know the actors shouldn't just win an Oscar for their character development — they should win for pretending to get along with their co-stars as well.