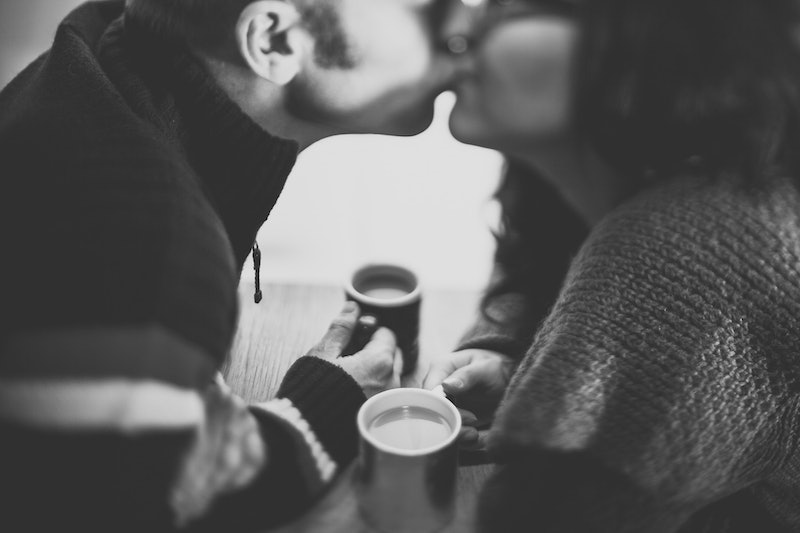 Divorce may occur for a wide variety of reasons, and although it's always sad when a relationship comes to an end, if something isn't working anymore, then it's generally better for everyone to call it quits. Contrary to popular belief, though — and particularly the beliefs of those with certain, ahem, outdated viewpoints — the chance of divorce these days isn't necessarily affected by women working. According to a recent study, in heterosexual marriages, whether the man has a job might contribute to divorce rates. Both the results and some media coverage of them bring up some interesting questions about gender roles — and offer a compelling argument for how gender roles hurt everyone, even in a patriarchal society rife with male privilege.

A Harvard University study analyzed the social and economic dynamic of heterosexual couples who wed before 1975, and those who wed between 1975 and 2011. For the first cohort, it was found that the share of the housework done by the wife affected the chance of splitting up; meanwhile, for the second cohort, it was found that whether or not a husband had a full-time job outside the home correlated with the risk of divorce. In other words, it was whether each partner met the expectation of particular gendered behaviors of that time that correlated with whether the marriage survived.

The findings for the 1975-to-2011 couples are especially interesting. As Alexandra Killewald, a professor of sociology at Harvard University, explained to Bloomberg, “Wives have more freedom in how they ‘do’ marriage” — but husbands apparently aren't afforded the same freedom. They're still supposed to bring home the bacon, as it were, -the same as they always have. The study found that husbands who aren’t in full-time work have a 3.3 percent chance of getting divorced in any given year, compared with 2.5 percent for husbands who are employed full-time. This basically means that marriages with an unemployed husband are one-third more likely to break up.

Killewald came to her conclusions after also developing a computer model to predict the risk of divorce based on financial reasons, comparing this to a large set of census data of over 6,300 couples married between 1968 and 2013. Her study (published in the American Sociological Review) also suggested that a wife's economic dependence did not affect the chance of divorce.

This study may offer some evidence against anti-feminist rhetoric which blames the increasing number of women in the workforce for societal moral decline, mass shootings, bad manners and any other number of problems in the world right now. And it's great to see support that women's rise in the labor market doesn't undermine a marriage, as it enforces the idea that we have nothing to feel guilty about if we choose to work instead of run a home.

But it is somewhat troubling that men not abiding by the cultural script of being the primary breadwinner correlates with divorce. And what's also sort of interesting — and what drives home how harmful prescribed gender roles are — is how some are interpreting the study. A few headlines about it, for example, state that it's stay at home dads that predict divorce. Note, though, that the study itself just discusses whether or not men are employed full time with relation to divorce, not whether or not those men who aren't employed full-time are stay at home dads. (Indeed, as Bloomberg put it, the study... [didn't] address men who choose to stay home with the kids.") Assuming that divorce rates are linked specifically to being a stay at home dad is, I think, the wrong way to go about it, because it just enforces damaging gender rules further.

Men are already constantly challenged for being primary caregivers for their children in a way that is enormously unhelpful; the cultural belief is that men shouldn't, you know, actual parent their kids, because that's the woman's job. Attempting to align divorce rates with with men being primary caregivers just serves to perpetuate the idea that men who take on the "feminine" role of parenting are somehow lesser — and that parenting is lesser, as well. Meanwhile, women are similarly challenged for making the decision to go back to work after having children instead of staying home. So with many families already suffering, surely we don't really need any more "evidence" to suggest that divorce beckons for those couples who don't live up to the prescribed archetypes of the patriarchal hegemony? That's not what the study is saying, and it's a mistake to assume it is.

Killewald's research is somewhat limited in that it only analyzed traditional, heterosexual, married couples; the research doesn't, for example, go into the dynamic for LGBTQ parents. Future studies might want to explore how this all plays out with less "traditional" relationships. One thing's for sure: There's still a lot to unpack about how gender roles affect relationships.

More like this
Sandra Bullock, Girlboss Extraordinaire
By Matt Harkins & Viviana Olen
25 Quotes About Love To Share During Pride Month 2022
By Madeleine Aggeler and Emma Garza
Meet The Spice Company Founder Who Sees Chai As A Metaphor
By Madhuri Sathish-Van Atta
Are Gemini & Cancer Compatible In A Relationship?
By Kristine Fellizar
Get Even More From Bustle — Sign Up For The Newsletter