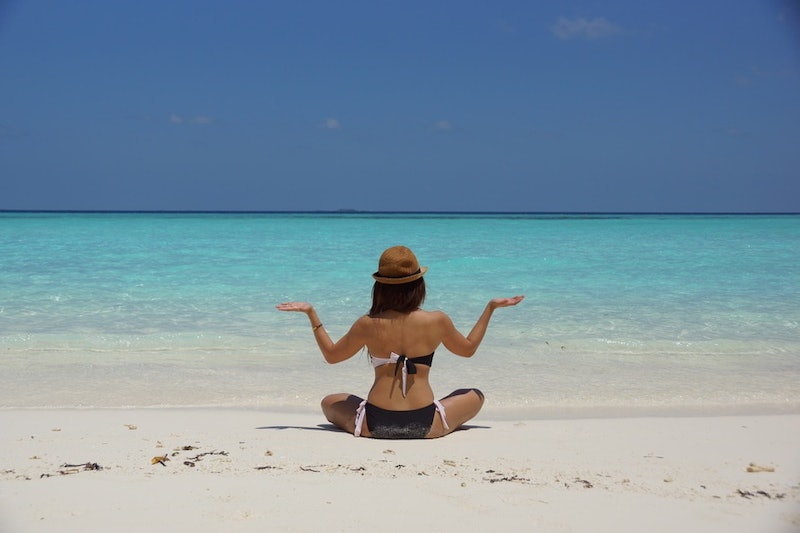 If you're a human living in the U.S., the statistical odds you endured this week's massive nationwide heat dome are, to quote a beloved meme, too damn high. Yeah, that's right — the boiling hot hell of the past few days had a name the entire time! If you're wondering what the difference is between a heat dome and an ordinary heat wave, then let me refer you to our new nemesis, SCIENCE. Heat domes get their name and their insufferably high temperatures from a two-factor phenomenon involving jet streams coming down from the north and a "ridge" in het streams in the south, causing the air that circulates in a particular area to get trapped and essentially sink. The hot air gets trapped within the "dome," which means bad news for anyone under it (and their hair). The heat dome of this week caused scorching temperatures across the U.S., particularly in the Midwest and on the East Coast, pushing temperatures above 90 and in some areas above 100 degrees.

But today, my friends, marks a glorious occasion: the heat dome is finally over! Now you'll only be slightly dripping in sweat instead of actively sopping by the time you sit down at your desk in the morning. Huzzah! This is a cause for celebration if there ever were one, and with the weekend imminent, you have plenty of ways to express your joy. Here are all the ways you should celebrate the end of the heat dome:

By the way — thanks for nothing, "prescription strength" deodorant.

Wear Something That Isn't Low Key Active Wear To The Office

Accidentally suffocating your boobs is now slightly less of a safety hazard.

Get Your ~Frosé~ On

From the ashes of this awful heat dome rose the phoenix of summer drinks: frozen rosé. Raise a glass to inhabitable temperatures, y'all.

Embrace The Simplistic Glory Of Your All-Black Wardrobe Once More

Unless you were so metal you didn't stop wearing black this week to begin with.

Maybe Venture Outdoors To See Some Of Your Human Friends

Maybe convene somewhere?? Publicly??? Outside????? Anything is possible now.

Head Out To A Harry Potter & The Cursed Child Release Party

Unless you're worried about openly weeping in public, in which case, maybe stick inside with your ole friend the AC.

Beseech Zeus, God Of Weather, To Never Abandon Us Like This Again

Seriously, dude. This week was the most un-chill.