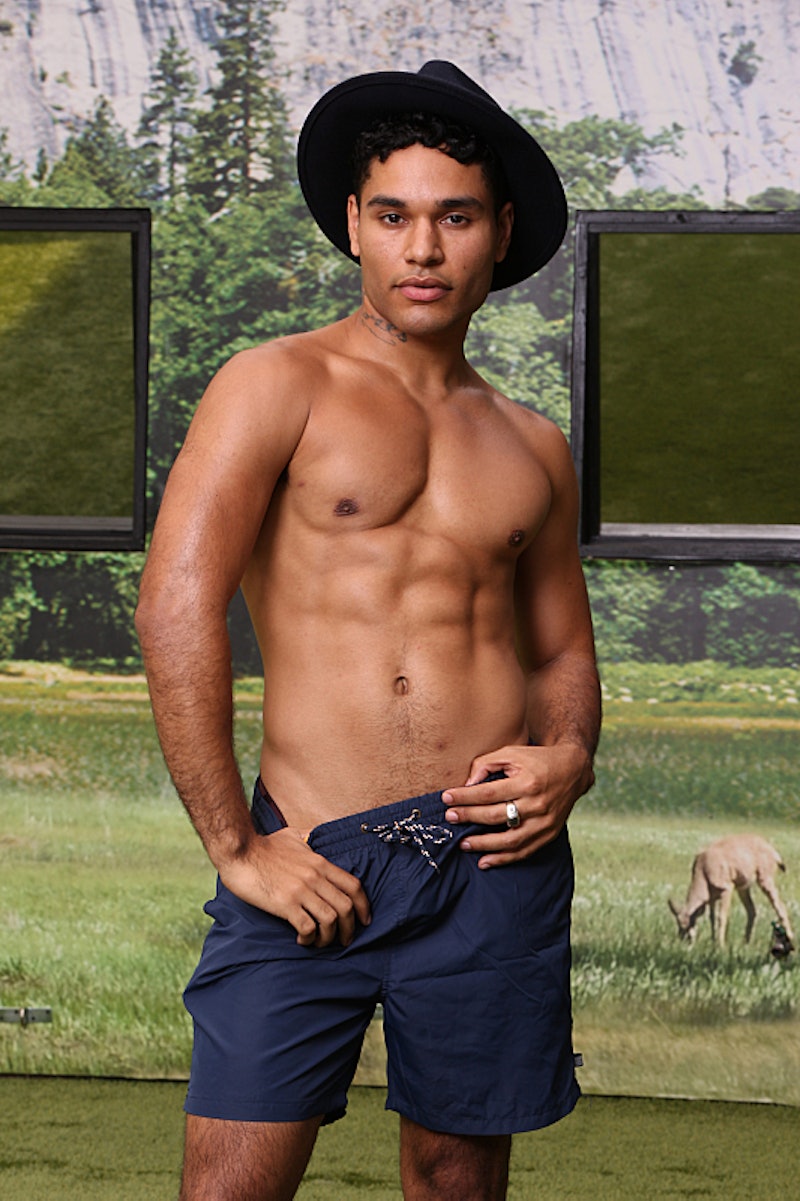 There are many things that Big Brother contestant Jozea is good at, but winning the show, sadly, did not turn out to be one of them. Coming into the game set on turning the newbies against the returnees and declaring himself the house "messiah" didn't bode well for his long-game strategy, and Jozea ended up being the first evictee of BB18. Yet while he wasn't a great Big Brother player, he was an incredibly entertaining one, and it was a sad sight to see the confident, opinionated makeup artist go out the door. But, now that the BattleBack has finished, Big Brother 's Jozea is back on Twitter and other social media, and it is nothing short of a spectacle.

Jozea has made the best of his scenario and has transformed himself from Big Brother evictee to one of the most energetic Big Brother commentators on Twitter. He posts hot takes on the remaining houseguests, and Jozea spares no chance to call out his haters and throw shade in every possible direction. Jozea's Big Brother time may have been short, but if his social media presence continues to be as entertaining and insightful as it's been since he left the house, it may have been for the best. Here's some of his best post-BB tweets so far.

Jozea's view of himself hasn't changed much since he left the house, but it's almost refreshing to see someone so unabashedly confident in his opinions.

He's Thought Of All The "Scenarios"

Jozea seems to be aware of his now-famous Big Brother catchphrase, but I couldn't begin to try and figure out what he's trying to say with those emojis or why this tweet is hashtagged #NewYork and #LosAngeles. What are the scenarios that involve those two cities? Only Jozea knows for sure.

He Misses His Friends

Jozea formed a strong bond with Victor and Paul and although he wasn't able to win the Big Brother Battle Back and return to the house, hopefully, he finds some joy in the fact that his BFF Victor managed to win his way back in.

He's Not A Fan Of Frank

Jozea seems to agree with most of the Big Brother house that Frank is bad news. At this point, Jozea isn't even throwing shade — he's just telling it like he sees it. He has no shame or reservations about sharing his thoughts with the world, and I'm so thankful for that.

His Real Friends Are Important To Him

While Jozea made enemies out of a lot of people in the house, there is one person whom he seems to regret having been rude towards. Since the start of Big Brother, Natalie has proven herself to be a kind-hearted and generous individual. Now that Jozea is out of the house, the truth about Natalie is coming across crystal clear to him, and it looks like he'll be trying to spend time with her once she's out of the house.

He's Got Shade For Days

Da'Vonne was instrumental in getting Jozea evicted, despite the fact that the two were on the same team. Jozea may have placed his trust in Da'Vonne initially, but it looks like he's learned his lesson.

He's Not Rooting For Zaulie

The showmance of Paulie and Zakiyah may be popular with fans, but Jozea doesn't think Zakiyah should get tied down for the sake of her game.

He Thinks Bridgette Should Ease Off Of Frank

Jozea doesn't need to use all these emojis, but his voice somehow comes through so much stronger when he does.

He Knows Paulie Is The Mastermind

Paulie has done an amazing job of running the house this season, and now that Paul is HoH, Jozea is hoping for a showdown of the Pauls and see this Calafiore brother kicked to the curb.

There has truly never been a Big Brother houseguest quite like Jozea. While his Big Brother antics will surely be missed, it's such a delight to know that fans will still have Jozea in their BB life for the remainder of the season. Along with Tiffany's return to Twitter, and the social media output of fellow evictees Bronte and Glenn, there is plenty of BB18 commentary from evicted houseguests to keep fans entertained between episodes.