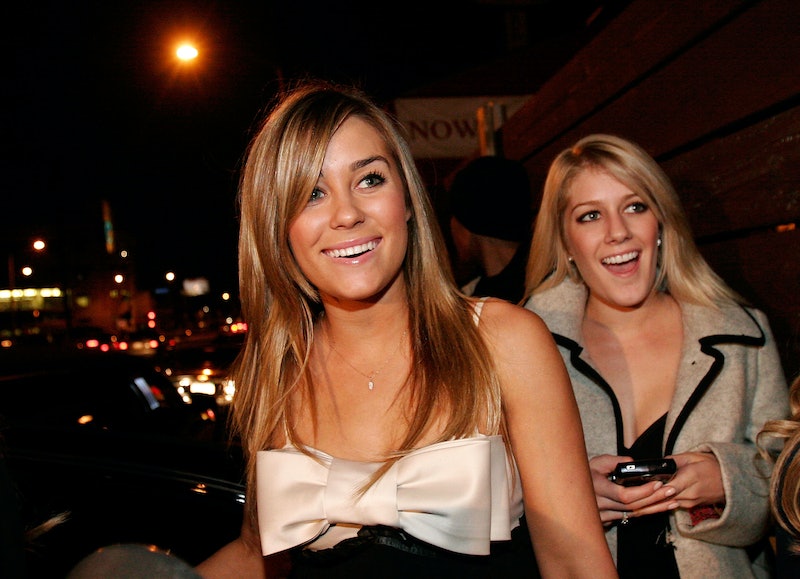 It's been 10 years since Laguna Beach spinoff The Hills premiered on MTV, and despite the decade that's passed, I still have so many burning questions about the show. I may never know what it's like to party at Le Deux (the former Hills haunt has since closed) and I'll always wish I was a fly on the wall during one of Lauren Conrad and Heidi Montag's epic showdowns. Thankfully, since we'll never get to experience it firsthand, Conrad is going to let fans who couldn't be there in real life in on the "real story" when MTV airs The Hills : That Was Then, This Is Now on Aug. 2. In the one-hour special, Conrad will reflect on the series and what was really happening, which is great and all, but I'm still wondering if there will ever be more episodes of The Hills, or a real, full-cast reunion. Unfortunately, we may be out of luck.

The future of The Hills is still unwritten (sorry, had to) but as far as a reunion special goes with the whole cast, it seems unlikely — though not totally impossible. After all, Conrad herself didn't expect to head back to television to talk The Hills, and yet, here we are — eagerly awaiting for the former reality star to do just that.

Though there has not been buzz about future episodes of The Hills being filmed, one thing that has been discussed is a potential reunion movie. According to Entertainment Weekly, a source claimed that several cast members, including Audrina Patridge, Whitney Port, and Kristin Cavallari were approached by producers for a potential reunion film and that the cast is considering the deal. According to the report, the potential reunion would begin at Patridge's wedding to Corey Bahan in Australia, and then catch up with the lives of the different stars. However, Patridge told Fit Pregnancy that her Hills co-stars weren't invited to her wedding because she is "keeping it intimate." So don't let that report get your hopes up too high.

When Conrad first discussed the special on her website, she did not mention any additional episodes or another reunion. In fact, she talked about how hard it was to look back at The Hills and only used the past tense. When she announced her return for the new special, she simply said:

"I spent a lot of time thinking about how I would like to honor this anniversary and in the end, I just wanted to do something as a thank you to the fans. So I will be partnering with MTV on a special project that will air on August 2nd at 10PM. We will be having an honest conversation about what it was really like living with cameras for so many years (spoiler alert: it was super weird), sharing some behind-the-scene secrets, and showing some of my life today."

As of right now, it seems that are no confirmed plans for new installments of The Hills. But hey, maybe doing That Was Then, This Is Now will make Conrad as nostalgic as fans are and get the wheels turning for more episodes or a future special. For now, at least we can rewatch the original series whenever we want on Hulu and the MTV website, and look at it from a new perspective when Conrad reveals how things really went down on Tuesday night.