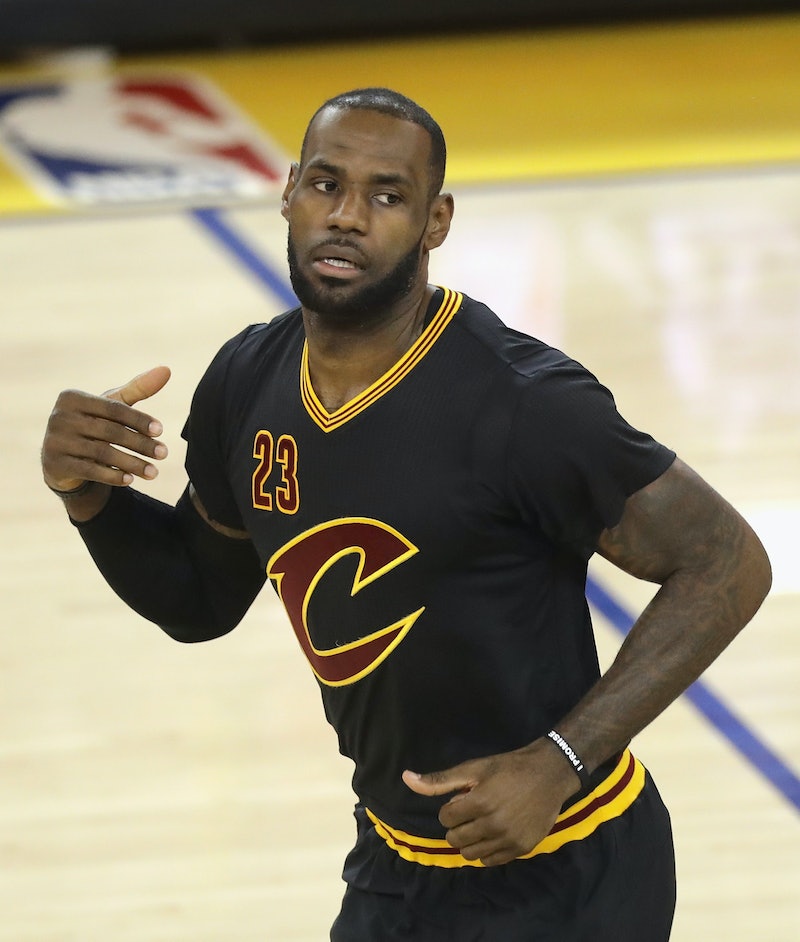 The Summer Olympics are here again at last, this time taking place in South America for the first time ever. Rio de Janeiro, Brazil plays host to the games, where athletes from around the world will converge for two weeks to battle in the name of sportsmanship and national pride. As usual, some of the biggest names at the games will be members of the Team USA men's basketball team, which touts a roster full of NBA stars. But what about the biggest star of them all? Is LeBron James at the Rio opening ceremony? Unfortunately for fans of James, the superstar does not appear to be at the Olympics.

James, of course, had the opportunity to play for Team USA, but he turned it down. And he's hardly the only NBA star to have done so. Stephen Curry, Chris Paul, Russell Westbrook, James Harden, Andre Drummond, Kawhi Leonard, Gordon Hayward, and Kevin Love all withdrew their names from contention, though technically all were healthy enough to participate. The team still has plenty of star power in guys like Kevin Durant, Carmelo Anthony, and Klay Thompson, and they're still heavy favorites to win the gold medal. But the absence of so many big names will definitely be felt, and there are none bigger than James. So what is the defending Finals MVP doing this summer instead of playing in the Olympics?

Resting. The superstar has been to the NBA Finals in each of the past six years, which is virtually unheard of. He's also competed at the Olympics in 2004, 2008, and 2012; in addition to participating in other international events in off years. All of this adds up to a lot of basketball with basically no rest, so if anyone deserves to take a break, it's him. But his idea of resting isn't lying around in bed all day. James has been heavily promoting the TV series he executive produces, Survivor's Remorse , which just began its third season on Starz.

He's also used the summer break to take a little vacation. James jetted off to Ibiza in July with fellow NBA stars (and non-Olympic participators) Dwyane Wade and Chris Paul, and was able to let loose like never before without worrying about gearing up for the Summer Games. He's also been using the time off to spend more time with his family, including watching his son, 11-year-old Lebron James, Jr., win the United States Basketball Association national championship.

So even though he doesn't appear to be at the Olympics and he's technically "resting," James is still having a pretty eventful summer. But don't worry, he'll definitely be rooting for Team USA from home.

More like this
Jake Daniels Just Became The UK’s First Active Football Player To Come Out As Gay Since 1990
By Sam Ramsden
What Is Jeanie Buss' Net Worth? The Lakers President Is Uber Rich
By Hugh McIntyre
Lilibet & Archie Shared A Playdate With A Famous British Celeb’s Kids
By Bustle UK
Deborah James Awarded Damehood After Raising Over £4 Million For Cancer Charities
By Nola Ojomu
Get Even More From Bustle — Sign Up For The Newsletter