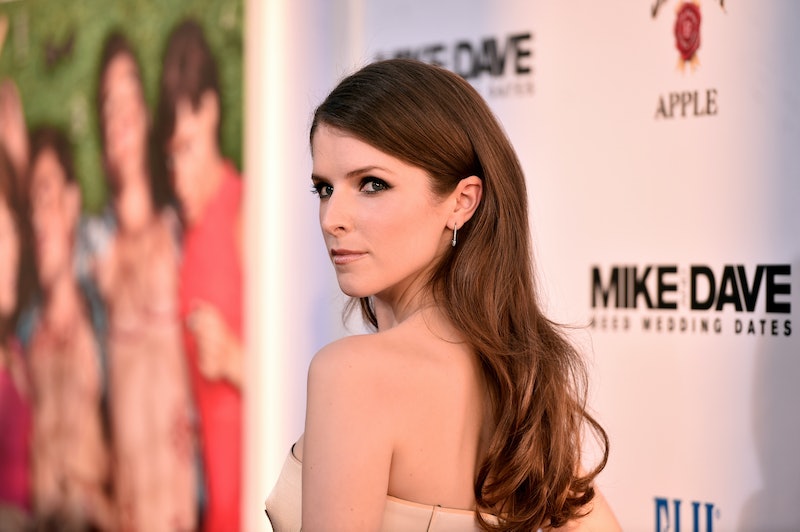 Speaking with fashion magazine Net-a-Porter in July, Anna Kendrick announced her desire to play Squirrel Girl, an obscure Marvel Comics superhero who is — you guessed it — half-girl, half-squirrel. To be fair, the Pitch Perfect star was only half-serious, joking with her interviewer that, "My brother sent me a Squirrel Girl comic because he thinks I should [play her]." But, in the month since, the idea of Kendrick joining the Marvel Cinematic Universe has gained steam with fans… including one high-profile fan in particular. Director Edgar Wright thinks Anna Kendrick would make a great superhero, so is there a chance that a Squirrel Girl movie could actually happen now?

Wright and Kendrick previously worked together on the well-received 2010 graphic novel adaptation Scott Pilgrim vs. The World, in which the recent Academy Award nominee played Stacey Pilgrim, the little sister to Michael Cera's Scott. Wright's movie contained a surprising number of actors who either had played superheroes or would go on to play superheroes (or both): aside from Cera, who will voice Robin in the upcoming Lego Batman Movie, there was also Chris Evans (the Human Torch and Captain America), Thomas Jane (The Punisher), Brie Larson (Captain Marvel), and Brandon Routh (Superman and The Atom).

It's this impressive roster of heroes that Wright called attention to in a recent tweet, arguing that Kendrick deserves to have her name listed among them:

With the support of an acclaimed filmmaker behind her, is it possible that Marvel Studios could actually take this whole Squirrel Girl business seriously? Even if they did, we likely wouldn't see the movie for a while, since the studio has their Marvel Cinematic Universe planned out through 2019 and the release of the untitled fourth Avengers movie.

But what happens after that is anybody's guess. Once Phase 3 is over, climaxing with the Thanos/Infinity Stone conflict that the first three Phases have all been building towards, it's unclear what the M.C.U. will look like going forward. It's possible some of the franchise's current stars will want to hang up their capes (Robert Downey, Jr. will be 54 by the time Avengers 4 comes out). If so, that could pave the way for new heroes like Squirrel Girl to take their place.

Yes, I know; "Squirrel Girl" sounds kinda dumb. But is it really any dumber than "Ant-Man"? And yes, I know; she's a very obscure C-level hero. But it's easy to forget that, before Downey, Jr. played him for the first time in 2008, Iron Man was also a second tier Marvel hero, which the studio only had to fall back on because they no longer held the rights to their most famous creations like Spider-Man, the X-Men, and the Fantastic Four.

Even so, Squirrel Girl might be too "out there" for the mainstream Marvel Cinematic Universe. But that doesn't mean a Squirrel Girl movie is hopeless — just that its home might be somewhere outside the MCU proper, either as a TV series or an animated film. Neither choice is ideal, since Kendrick probably wouldn't sign on for a long-running television show, and voicing an animated character isn't the same as physically embodying one onscreen. Even so, the latter option might actually be the best way for Squirrel Girl to go.

An animated Squirrel Girl movie could easily follow in the footsteps of Big Hero 6, Disney's Oscar-winning film based on a Marvel comics series that was neither produced by Marvel Studios nor exists within the continuity of the MCU. It seems like the appropriate medium for a family-friendly adventure about a plucky half-rodent hero — and it would also probably be the best chance for Wright and Kendrick to collaborate on the movie together.

Wright has something of a complex history with Marvel Studios; he quit his job as director of Ant-Man after spending years developing the film with the studio, but before the film went into production. While it's hard to imagine Wright going back to work for Marvel after that experience, it's much easier to imagine Disney hiring him to helm a non-MCU version of Squirrel Girl. Plus, I'd love to see Wright's undoubtedly irreverent take on an animated action adventure. Honestly, the end product probably wouldn't be that far off from Scott Pilgrim:

Unfortunately, even if a Squirrel Girl movie does ever get the green light, Kenrick now has some competition for the character. Shannon Purser, who plays the memorably ill-fated Barb on Netflix's Stranger Things, recently threw her own hat in the ring to play the furry hero. With so much demand for the role, Hollywood would be foolish to pass up the opportunity to make this delightfully odd superhero movie.