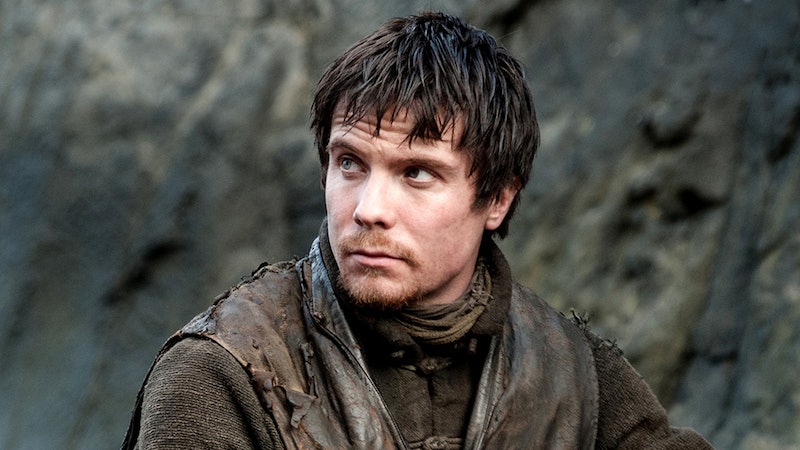 Season 6 of Game of Thrones was all about the comebacks with the show revealing the whereabouts of everyone from Rickon and Osha to Beric Dondarrion and the Hound. Yet, there are still plenty of other Game of Thrones characters who have been missing on the series. I don't mean to be greedy since a tremendous amount of characters returned in Season 6 to either continue their story lines (like Bran, Meera, and Edmure Tully), finish them (like Shaggydog, Walder Frey, and Brynden Tully), or land somewhere in no-man's-land (that's all you, Uncle Benjen), but I still require more closure. Since Seasons 7 and 8 will be the final two seasons of the epic HBO series, I am hopeful that showrunners David Benioff and D.B. Weiss won't leave viewers hanging by divulging the fates of some important missing characters.

With so many Game of Thrones characters returning in Season 6, it was obviously an indication that the show was beginning to wrap up. This was exciting enough to be distracting, but now that the truth that there is a finite amount of episodes left has officially sunk in, it's time to remember all of those other characters who are still missing with no indication of where they could be. If Game of Thrones wants their viewers to finish the series as satisfied customers, its going to need to give fans some answers on where the following nine characters are. So, let's start off with the most obvious and, perhaps, most important MIA character — that blacksmithing bastard.

I had forgotten how much I missed Gendry until I started rewatching Game of Thrones from the beginning. The bastard of Robert Baratheon is the only living person with Baratheon blood in him and with Cersei on the Iron Throne with no real claim to it, that's a powerful thing. Unfortunately, the blacksmith hasn't been seen since the end of Season 3 when Davos helped him escape Melisandre and Dragonstone. Arya's buddy was supposed to be headed to King's Landing in his rowboat, but it's been three long seasons since he was last seen. I will be more than displeased if Game of Thrones never follows up on him, so Gendry must return in Season 7 — preferably with an Arya reunion.

While I don't think Davos' pirate friend would be well-suited for the North, that doesn't stop me from wondering where Salladhor Saan has gone. Besides being one of the few black character on the series, Lucian Msamati's Salladhor Saan was always good for a saucy joke. Davos paid Saan well for his help in Stannis' cause, but the series hasn't shown him since Season 4 when Davos recruited him to go to Castle Black. I'm starting to get suspicious about the characters that Davos sends away since apparently, they then disappear from the show forever. Let's just say that better not be the case for Melisandre.

This wandering minstrel from Season 1 was last seen in King's Landing when he ended up getting his tongue cut out by Ilyn Payne by the order of King Joffrey. Marillion, who had performed a bawdy and disrespectful song about Cersei and Robert — felt Joffrey's wrath in the Season 1 finale, but hasn't been seen since that gruesome incident. He also had previously accompanied Catelyn, Ser Rodrik, and Tyrion to the Vale, so he seemed set up to have a more important story line. Yet, unlike the man who cut out his tongue, I don't anticipate this character ever coming back.

Speaking of Marillion's tongue removal, the man who did the dirty work — Ilyn Payne — seems primed for a comeback. Payne, who was also tongueless, was a devoted servant to Joffrey since he was the man who beheaded Ned Stark. Although viewers haven't had a visual of him since Season 2, Tywin alluded to him in Season 4 and he seems like the type of man Cersei would want by her side now that she's queen. There is an unfortunate reason why Payne most likely stopped appearing on the series since Payne actor and musician Wilko Johnson was diagnosed with terminal cancer in 2013, according to Mirror UK. However, the paper also reported that Johnson has made a recovery from his cancer, which is not only good news for the performer, but could mean good news for people in need of some Payne.

Someone else has to remember the sorcerer who castrated Varys being kept prisoner in a box, right?! He only appeared in one scene in Season 3, but it was quite memorable since Varys revealed to Tyrion that he had successfully exacted revenge on the man who made him a eunuch as a boy. If the sorcerer has stayed in his box prison all this time, then I'm sure he is dead by now since Varys has been traveling all over the place. But something makes me think that the Spider might just keep this man on the verge of living to make him suffer for as long as possible, so maybe Game of Thrones will show viewers the sorcerer once more. If so, it's bound to be even more disturbing than the first time around.

Two out of the four surviving Stark children direwolves died in Season 6, which makes me think that now, more than ever, Arya's direwolf Nymeria will reappear. She fled back in Season 1 and hasn't been seen again, but as viewers know, the direwolves protect their Stark children with their lives. With Arya back in Westeros, it's time for a girl and her direwolf to reunite. I'm rooting for Nymeria to be a deus ex machina that saves Arya from something terrible at the last minute — it's really the only right way for this direwolf to return.

While I don't think Tommen's cat has the same game-changing potential as Arya's direwolf, it would be irresponsible of me not to wonder about the precious cat's well-being. Ser Pounce's big showing was when Margaery Tyrell had to shift strategies to be queen and cozied up to the deceased Joffrey's younger brother. Unfortunately, the cat hasn't been seen again since then, so I have a feeling he might have met a similar fate to his master. But maybe Cersei will need some comfort now that all of her children are dead and Ser Pounce will make a comeback.

8. The People of Qarth

While Qarth was a major part of Daenerys' Season 2, it now looks like the city was just a stepping stone for the queen. Yet, Game of Thrones could revisit Qarth in its final two seasons even if characters like the Spice King, Xaro Xhoan Daxos, and Pyat Pre are all dead. The character from Qarth fans would most like to see again is Quaithe since there's a theory out there that the masked woman may have the ability to cure Jorah of his greyscale so Game of Thrones could travel to the city again.

The president of the Daenerys Targaryen fan club was sent away by the Mother of Dragons to go cure his greyscale. While that was only in episode five of Season 6 "The Door" (seriously just writing the episode title is making me get emotional about Hodor), Daenerys' advisor was always lurking around his khaleesi, so his absence is particularly palpable. The series did not follow him to wherever he went to and Daenerys is now on a ship to Westeros, so I wish for the sake of Jorah that he finds a cure and makes his way to his homeland. If not, his story line will perhaps be one of the most devastating. (Except for Hodor's — even with his unrequited love, he'll never be as tragic as Hodor.)

While some of the above characters I feel certain Game of Thrones will reintroduce, others may just remain a mystery forever. As long as I get some closure on Ser Pounce though, I'll be alright.