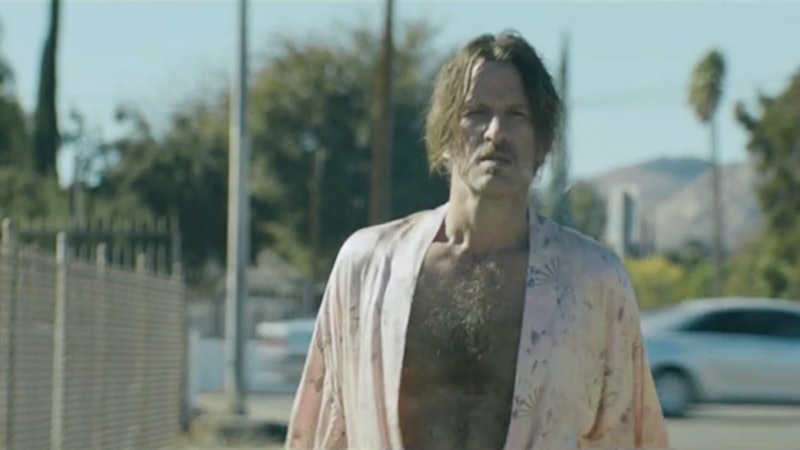 Outside of the Super Bowl, there is arguably no bigger opportunity for advertisers to get their message out than the Olympics. The quadrennial worldwide sporting event is a ratings bonanza, and just about every company is scrambling to come up with a campaign that goes viral. One that definitely has captured the public's attention is from Donate Life America. The depicts "the world's biggest asshole," who is revealed to be an organ donor after his death, with the idea being if he can do it, you can do it. But who plays Coleman Sweeney, the world's biggest asshole?

The ad is narrated by Will Arnett, but he's not Sweeney. As it turns out, the world's biggest asshole is actually a pretty well-known actor: Thomas Jane. In the ad, Jane shoots paintballs at his neighbor's dog, uses the ladies room at a busy bar, throws coins at strippers, honks his horn at old ladies crossing the street, and steals candy from trick-or-treaters. You know, general asshole behavior. If you've seen the ad (and you probably have), then you're probably wondering where you've seen the actor before. So here are some of the movies and TV shows where you've seen Jane before; often being less of an asshole.

Jane played the lead in this horror film; considered one of the best Stephen King adaptations ever.

Before Jon Bernthal portrayed the Marvel antihero on Daredevil, Jane took on the role in this 2008 film.

The actor showed his funny side by starring as the protagonist in this HBO dark comedy for all three of its seasons.

This Syfy series is led by Jane, and is set to begin its second season early next year.

Super smart sharks are what Jane had to avoid as part of the ensemble in this campy horror film.

This 2016 horror film saw Jane and Kate Bosworth dealing with the real life nightmares of their adopted son, played by Room's Jacob Tremblay.