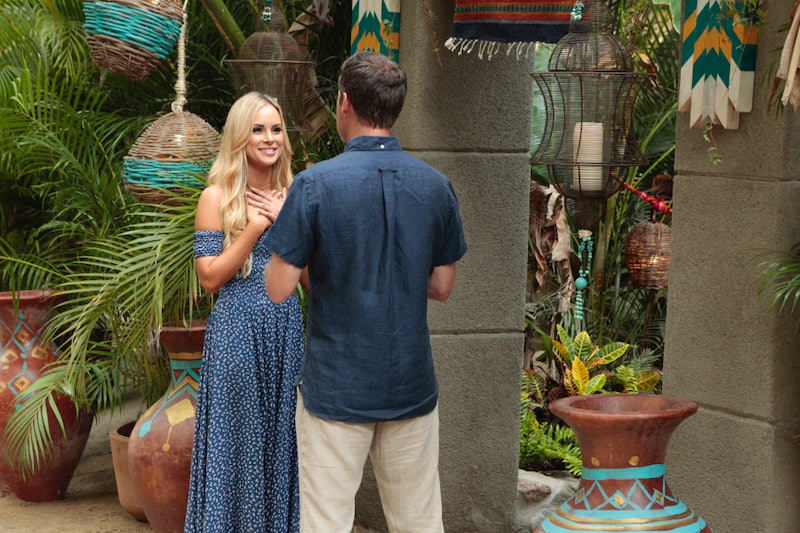 What I love about Bachelor in Paradise is that it gives all the contestants from The Bachelor and The Bachelorette another chance to find love — and in a much more even playing field. So, although my faves may not have ended up as the winner of their respective seasons (or the star of the next season of The Bachelor or Bachelorette), they get to go to paradise and maybe hit it off with someone new. But, I'm still curious about whether they stay together after paradise. So, are Amanda and Josh still together after Bachelor in Paradise Season 3?

In the first episode of Bachelor in Paradise, it seemed Amanda Stanton — who won over Bachelor Nation fans while dating Ben Higgins in Season 20 of The Bachelor — was hitting it off with Nick Viall, who was runner up on both Season 10 and 11 of The Bachelorette. But, considering the promo for Bachelor in Paradise Season 3 that aired after the premiere, we now know Nick will be competing for Amanda's attention with Josh Murray. The fellow Bachelorette Season 10 suitor won Andi Dorfman's heart over Nick, though the pair broke off their engagement in January 2015.

Sure, it seems Amanda and Nick hit it off early on in Bachelor in Paradise Season 3; they may even establish a strong connection since Nick can be seen in the promo saying he's in love with someone (though this might not be about Amanda, we in Bachelor Nation know how misleading these promos can be). But, Amanda and Josh also get close in the Season 3 preview — even as ABC highlights some tension between Nick and Josh — and fans have wondered whether the couple will get engaged at the end of Bachelor in Paradise, as well as whether they stayed together after filming wrapped.

So, it would seem we have the answer to how the triangle between Amanda, Josh, and Nick plays out. Between these photos, on top of the recent images of Lace Morris and Grant Kemp post- Bachelor in Paradise , it's becoming more and more difficult to remain unspoiled with Season 3. But, to be honest, learning a couple weeks early that some of my favorite Bachelor and Bachelorette contestants have been able to find happiness in paradise is OK by me.