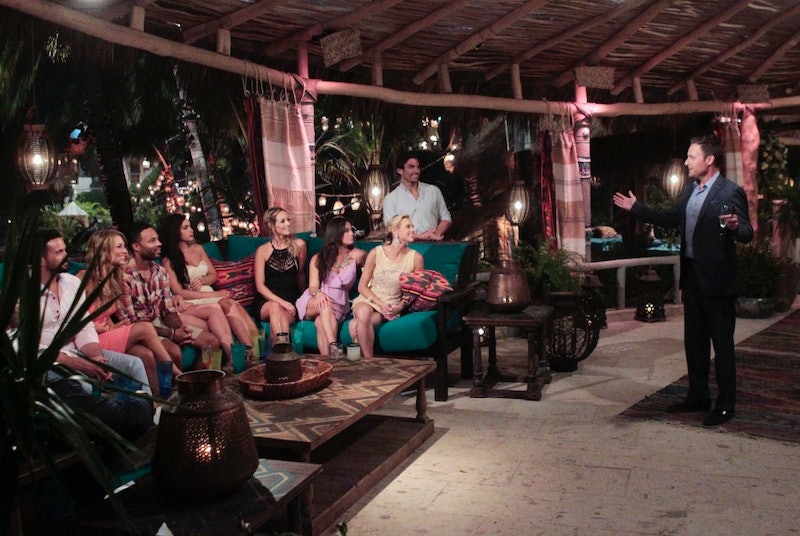 With Bachelor in Paradise Season 3 premiering on Aug. 2, get ready for Chris Harrison to corral some of the most memorable returning members of Bachelor Nation as they try to find romance again. That means it's the perfect time to check in with the cast of Season 2 of Bachelor in Paradise to see how life has been treating them since their time on the Bachelor spin-off show. Contestants like Jared Haibon and Carly Waddell are coming back for a second attempt after being part of Bachelor in Paradise's sophomore season, but don't expect to see the winners from BiP Season 2 to show up in Paradise again anytime soon.

Bachelor in Paradise Season 2 showed that love can come out of the show — and no, I'm not talking about Marcus and Lacy's unsuccessful (and not real!) marriage that happened in Season 2 after the couple hooked up in Season 1. I'm talking about Jade Roper and Tanner Tolbert having a whirlwind relationship that culminated in a marriage and a Bachelor wedding special that aired on Feb. 14, 2016. The other couples from Season 2 of BiP have not been as lucky in love as Jade and Tanner, but contrary to what the Bachelor franchise would have you believe — there is more to life than dating.

Although there was a huge rotating cast during Season 2, here is what the "winners" have been up to since their time in Paradise.

The newlywed opened up about being sexually assaulted after Lady Gaga performed "Til It Happens To You" at the 2016 Academy Awards. She wrote an emotional and courageous blog post talking about her rape that was not only moving, but hopefully helped other victims feel safe to discuss being abused. But life isn't always about having hard discussions, as Jade has shown by being a master Bachelor commentator with hubby Tanner.

Tanner and his wife have had a busy year, which has included making some serious money off of their social media accounts. That should definitely help boost his car sales manager paycheck. The pair also seems to be loving their new life together and Jade's Instagram shows that they like to travel.

It came as no surprise when Sam and Nick broke up a couple months after Bachelor in Paradise ended. But that hasn't stopped her from posting completely gorgeous selfies and being active on her social media accounts since her BiP season ended.

After breaking up with Sam, Nick's Instagram shows that he has been enjoying the great outdoors with photos of him mountain biking and fishing. Plus, he moved to Philadelphia in the spring of 2016.

Like Cassandra, Justin also has a son and based on the above Instagram post, he has maintained a good relationship with the mother of his child over the years. With his son and focusing on his career as a personal trainer, Justin has got a full plate.

As these six contestants from Bachelor in Paradise Season 2 showed, there is life after Paradise — it's just usually full of a lot less drama than fans are used to seeing from them.