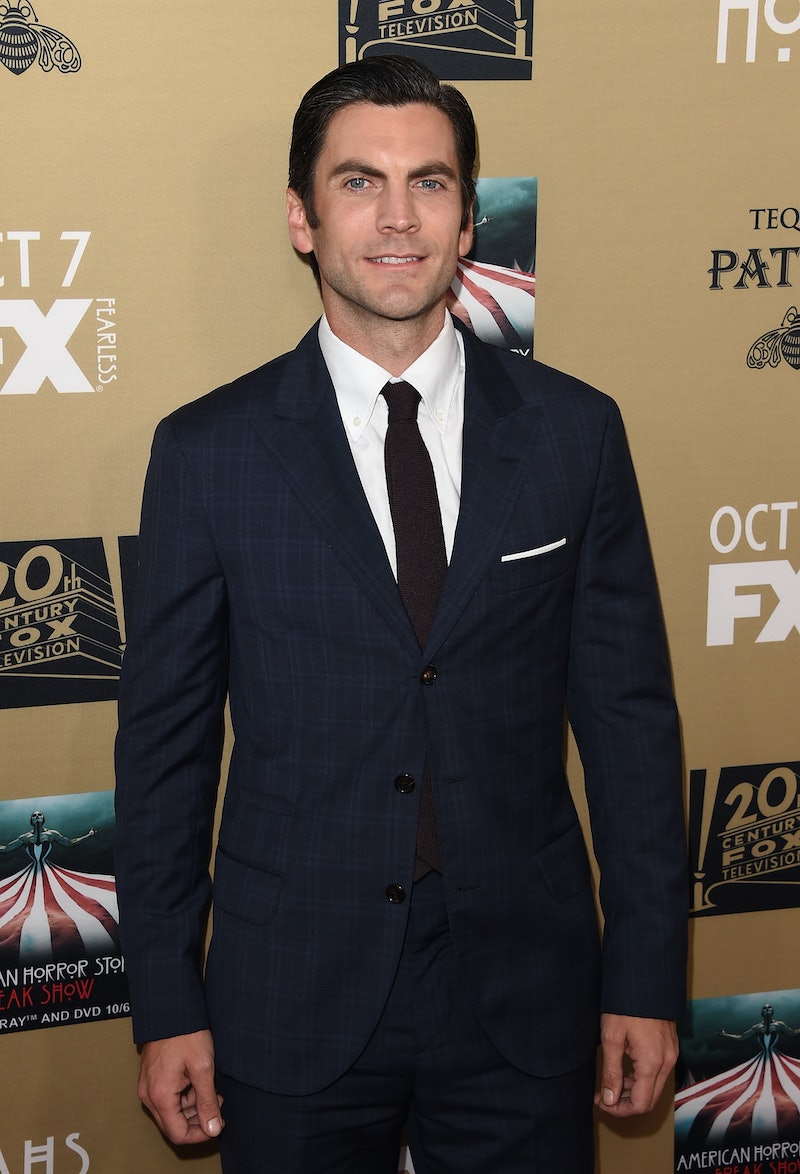 Trying to make sense of the clues American Horror Story’s sixth season has revealed thus far is like willingly taking an open seat at Briarcliff Manor. In short: It probably won’t work out in anyone’s favor. The new season premieres in just over a month (officially September 14), and this lead-up has been nothing short of a damn hot mess. Aside from the confirmation of a few returning cast members like Lady Gaga, Kathy Bates, and Angela Bassett, we essentially know nothing. We thought we did for a minute there, but whoops, we actually don’t (because surprise, seems those teasers were meant to confuse us after all). But we’re not alone in the chaos. Wes Bentley, who returns from Hotel in season 6, is literally in the middle of the shooting the show and basically knows as much as we do.

When catching up with the 37-year-old this week, who’s been back and forth between New York to shoot AHS and LA to promote Pete’s Dragon (out Friday), it’s clear the show’s production is as big of a mindf*ck as the actual show will probably be. Three things can be confirmed, though. One: He has a grown-out beard for the role. “I just forgot to shave… this morning,” he jokes. Smooth, Bentley, real smooth.

Two: He has a “big” scene with Kathy Bates, which he was filming Tuesday morning. “Hopefully I don’t blow it,” he says. I highly doubt it. Three: The season will be terrifying. “Always,” he explains. “Yeah, it’s good. You will be [terrified].” But, that’s about it. “I honestly don’t even know that much to be fair. They’re keeping us compartmentalized,” he explains. Ryan Murphy and co. must have a blast torturing us all.

Like finding out those teasers were just “many for trailers for hypothetical seasons” from FX productions CEO John Landgraf...

Devastating. Even more devastating is knowing a theme, setting, place, and time have been set. But even Bentley confirms, Murphy and his team’s tightly-ran ship is even more air-tight this time around. “Oh, it’s even more now,” says Bentley. “It’s more extreme this year. It is, indeed.”

I tried, guys. But they’re not giving anything up. Not that they know much to give, anyway.

So for now, I recommend avoiding the urge to overanalyze these false teasers and just stare at gifs like this until September 14 rolls around: