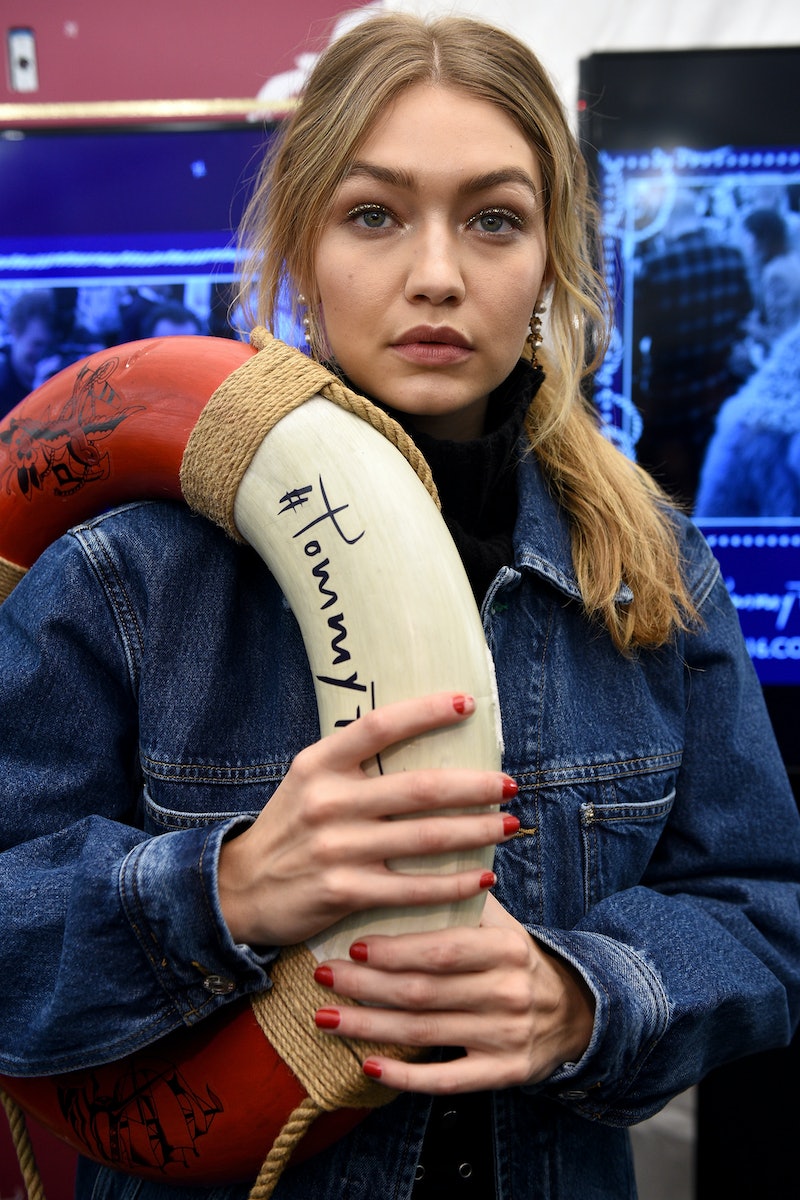 When news broke that Gigi Hadid was designing her own clothing with Tommy Hilfiger, it just sort of made sense. No one knew exactly what it would include, but they knew it would be great. Well, now there's some proof of that. As it gets closer to launch date, Hadid and Hilfiger are finally sharing some sneak peeks with fans. They might not be much, but the behind-the-scene photos will get you excited to see the entire collection.

Hadid walked the Hilfiger runway, posed for their campaigns, and now she's designing her own clothing for them. It's no secret that Hadid loves the all-American brand, and her sneak peeks prove that they're the perfect sartorial match. The collection has been kept a secret for a while now, but things are about to change now that the collab has its own Instagram account.

Because who doesn't need a pair of jeans with Hadid's signature on them? This isn't the first time she's showed a sneak peek either. Earlier in the year, she showed off what looks like patches on her Snapchat. It's clearly all about the details for Hadid.

It's pretty obviously that the model's designs go hand-in-hand with the company's patriotic staples. To say that I'm dying to see all the finished looks is an understatement. Let's hope this outfit photo from Tommy Hilfiger is one of them.