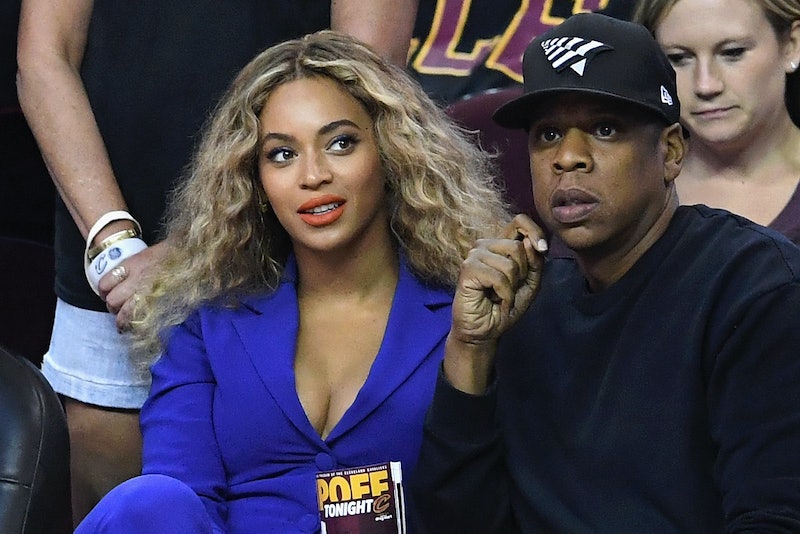 There is no sweeter news, in my opinion, than Beyoncé news, especially when it comes to rumors of her releasing new music. According to the internet, Beyoncé might not have finished releasing new music in 2016 just yet, and a new four second clip (yes, it's only four seconds long) might be evidence that we'll be hearing a lot more from the Queen before the year is out. And, I'm sure you'll agree — 2016 needs a second Beyoncé album, like, now.

Having already been spoilt in 2016 with the release of Lemonade , you'd be forgiven for thinking that Beyoncé was done for the year. After all, Lemonade is such an impressive album, there's so much content to digest right there. But, in a clip allegedly posted on Instagram by Beyoncé's producer Boots, the shortest snippet of a song appears to be playing as the camera pans along a side walk from a moving car. Even though the clip has since reportedly been deleted by Boots, internet super sleuths seem fairly convinced that the track is a new Beyoncé song.

If it's a brand new track, could that mean more releases from the superstar before 2016 is over? Was Lemonade only part one of a much bigger plan? I have so many questions, and I'm sure you do too.

Somewhat frustrating is the fact that the clip possibly shared on Boots' Instagram is only a few seconds long. In the song, Beyoncé seems to sing "Off the lane, he finished when he…" and then the track cuts off. This is not only the biggest tease of all time, it's super unfair, because whoever was filming the video has gotten to hear the song in its entirety, and has access to brand new Beyoncé songs before anyone else. On the plus side, this clip bodes well for fans of the singer who are secretly hoping there will be a second Beyoncé in 2016.

Having created such an impressive piece of art with Lemonade, incorporating film, poetry, and performance alongside music, it wouldn't surprise me at all if Beyoncé released another album in the next few months. Clearly, this is an impressive time of productivity for the artist, and, with creative ideas as great as hers are, why not release another album of brand new songs? Having been nominated for a career best 11 MTV Video Music Awards in 2016, the former Destiny's Child member is more popular than ever. When you think about it, releasing another album so soon after Lemonade is exactly the sort of unexpected move we've come to expect from the star.