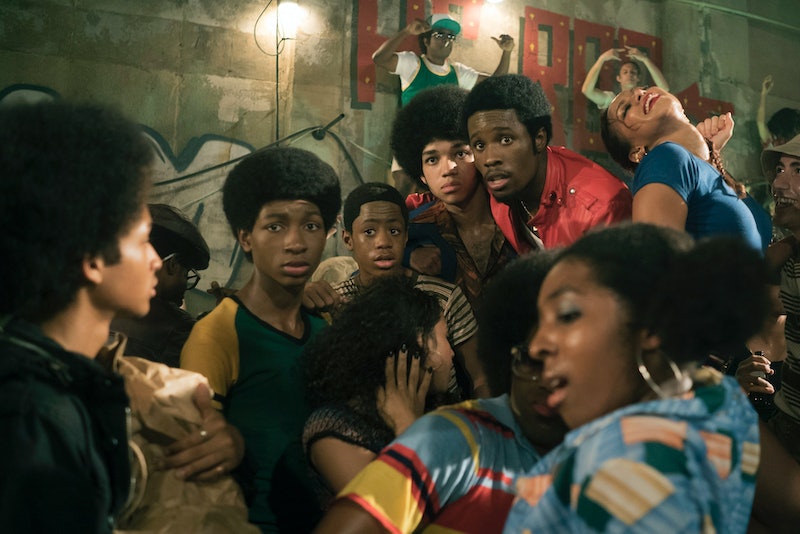 I basically jumped for joy when I learned that one of my favorite filmmakers, Baz Luhrmann, would make his Netflix debut, The Get Down, a musical saga about the rise of hip-hop music in 1977 New York City. It's the perfect fit — after all, music plays a key role in many of Luhrmann's films, such as the Oscar-nominated 2001 musical Moulin Rouge! and the latest movie adaptation of The Great Gatsby, which featured a contemporary soundtrack that included the likes of Lana Del Rey, Sia, and Fergie. But, hip-hop is new territory for Luhrmann — so who wrote the music for Netflix's The Get Down?

Elliott Wheeler, a New York-based composer and producer, is the composer and executive producer of The Get Down . According to his official website, this isn't the first time Wheeler and Luhrmann have collaborated — he also acted as the composer and executive producer for The Great Gatsby. Their work together on the film was a major success, so it's safe to assume they'll be the dream team on The Get Down. Wheeler has also worked with a wide range of musicians including Nas, Jay Z, Florence + The Machine, Sia, and Christina Aguilera. (Not too shabby.)

Although Wheeler is the show's composer, the music was a team effort. In an interview at the Tribeca Film Festival, Luhrmann described rapper Nas (who has worked with Wheeler in the past) as "a huge creative force" who helped shape the series' aesthetic. In the same interview, he stated that:

“One of the great collaborations is that I’ve been working really closely in creating these rhymes, and he’s a producer on the film, with one of the most iconic voices of the ‘90s and that’s Nas... And so Nas has been this other huge creative force in the production. And it’s been playing really, really successfully.”

And, of course, due to the show's subject matter, we'll hear plenty of songs we recognize. According to The Los Angeles Times, the soundtrack is a "crucial" element of every single episode and we can expect to hear some of Donna Summer's and Earth, Wind, and Fire's greatest hits. In other episodes, “Superfly” and “Turn the Beat Around” will play as the characters break out into impromptu dance numbers. The outlet also notes that Nas wrote songs and lyrics specifically for The Get Down — so we'll get a good mix of new tunes and classics we can sing along to.

Additionally, Vanity Fair reports that Luhrmann worked closely with hip-hop historian Nelson George (who is also the show's supervising producer) in order to make sure the series captures what the music scene was truly like in 1977 New York.

As a lifelong New Yorker, George was immersed in the hip-hop revolution as it unfolded, according to Yahoo! TV. In fact, he was already a music journalist for Billboard and Record World during the era of The Get Down. George told the outlet: “It’s kind of a beautiful sense of déjà vu, seeing these actors who were your age when you were experiencing this for the first time." His firsthand experience also allowed him to provide details and context to Luhrmann and everyone else who worked so hard to make the music perfect.

Luhrmann clearly did a lot of research and spoke with many experts, so we can count on The Get Down soundtrack to be a great mix of established classics and authentic originals.