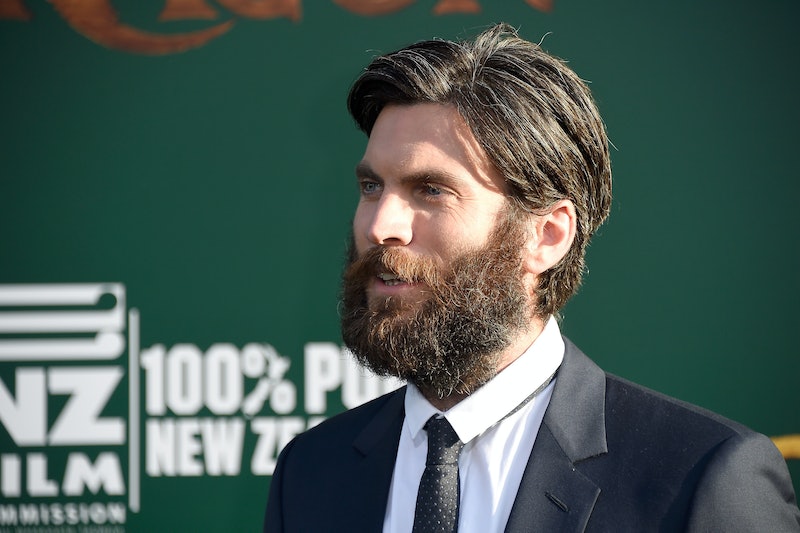 Ironically, watching Disney’s Pete’s Dragon remake — a film filled with plenty of wonder and imagination — made me a little sad. The story of a young boy befriending a magical dragon, although obviously completely fictional, is still convincing. But let’s be honest, if Pete’s character was an adult, we would all wonder just what kind of drugs Pete was on. Disney films provide a wonderful escape for children and adults alike, but of course, most are told through the child’s point of view. Convincing and emotionally moving stories like Pete's Dragon proves that adults can enjoy a child-like imagination, too. Pete’s star Wes Bentley is a firm believer in this. The actor provides input on how adults can hold onto a kid-like spirit.

“Life’s hard,” says Bentley. And at just 37, he’s been through a lot — a failed marriage and difficult struggle with drug addiction (which he’s been open about) included. As the actor reflects on why adults develop a hardened shell with time, he thinks about specific instances in his life of “getting smacked down,” which he believes caused this. The first obvious hurdle in life is succeeding career-wise — figuring out who we are, our purpose, and all that fun stuff.

“For me, it was [at] 20 or 21, when your first challenge in life happens,” he explains. “Maybe you’re not making money, you’re struggling with money, and you realize life is a lot about money.” Ain’t that the damn truth. He continues, “Even if you have a career, it’s not good enough for some, you might not be progressing the right way.”

Then, there are relationships. “In love, you might make the wrong choice and that person’s just mean and secretly hates you and wants to take those things away from you intentionally. That happens,” Bentley says. “That can happen to a lot of people at a much younger age.” Oh, the joy.

As if entering adulthood hasn’t been challenging enough, Bentley explains why he believes people are sometimes forced to grow up at an even earlier age nowadays. “It must be even harder because of all the exposure kids get to the world early,” he says, specifically addressing the Internet. “Online, people get to be so much more mean than they would be just to your face. When I was a kid, it was only [that] or behind your back,” Bentley explains. I think most of us can relate. I can’t even imagine how kids these days outlive the cruelties of social media and cyber-bullying. Bentley agrees. “I’ve seen videos made about kids, reading about them. It’s awful,” he says.

He explains that even as an adult, the Internet can be extremely damaging to our well-being, which is why he opts out of social media altogether. “The potential for being mocked and ripped and mistreated is much easier now,” he says. “We’re getting definitely messed up, emotionally. People do not know how to deal with their emotions, some metal disorders or personality disorders, because we don’t have any room to do it, we’re not allowed to do that.”

As difficult as the world can be, though, there’s hope that we can all hang onto our younger, more naive selves. “It helps when we have movies like this, [it] reminds you that you can have invisible dragons in your life,” says Bentley. “Do creative things, even if you’re not a creative person per say or maybe not talented at it,” Bentley suggests. “I’m a terrible drawer or painter, but I continue to do it anyway. Do those coloring books. I have no palette, but I try it anyway.” Feeling like a carefree kid means acting like one, so own it.

“Using that side of your brain, there’s something peaceful about it and childlike about that, you need to do that,” he says. Even if it makes us feel silly, in Bentley’s words: “Do it anyway.” Why? “Just like reading keeps the mind sharp, expressing yourself keeps the soul free.”

And what sounds more appealing in this cold world than having a happy, carefree soul?