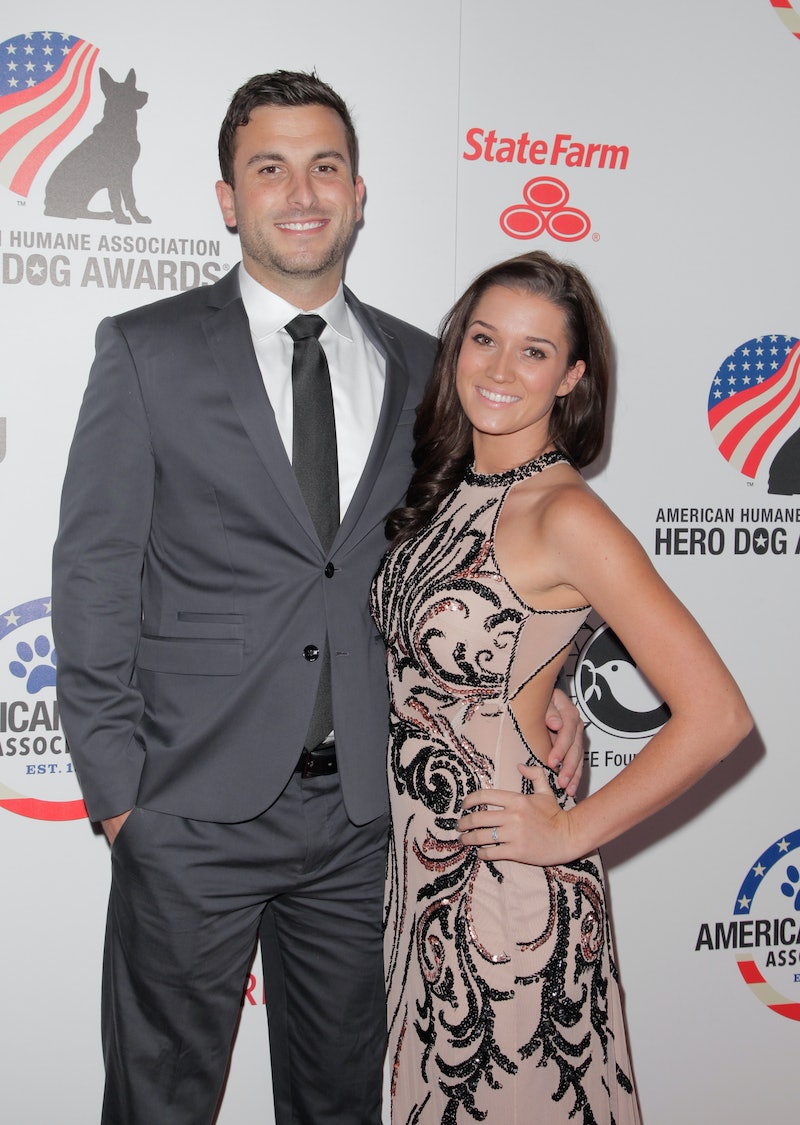 Steam your camo print pants and lace up your most durable pair of rubber sole shoes, because a new season of Marriage Boot Camp is just around the corner. On Friday, Us Weekly revealed some of the television personalities who signed up for Marriage Boot Camp: Reality Stars Season 6. Are you ready for this roster? The next installment of the relationship counseling program will feature The Real Housewives of New Jersey’s Jim and Amber Marchese, R&B Divas: Atlanta’s Keke Wyatt and Michael Ford, Mob Wives’ Karen Gravano and Storm, a mystery “throuple” (side note: that sounds like a species of bird that'd relish in squawking its face off right outside your window at 4 a.m.), and Bachelor in Paradise’s Jade Roper and Tanner Tolbert. Yes, BiP newlyweds Jade and Tanner will be on Marriage Boot Camp.

Well, I’ll be a BiP microphone necklace! Bachelor Nation’s Perfect Couple is headed to Marriage Boot Camp, huh? Consider me surprised. Sure, their ridiculously adorable Instagram accounts only tell us a part of the story, and yeah, I understand things aren't always as they Insta-seem, but they really do appear to be in the "honeymoon phase" of their relationship (i.e., not quite at the "let's tear apart our own relationship on national television" phase). But again, what do I know?

I guess I thought Tolbert and Roper and their well-curated Instagram accounts and their nationally televised wedding and their drama-free Bachelor in Paradise performances were paving the way to, I don’t know, a cutesy book. Or maybe a cutesy Bachelor spinoff along the lines of Ben Higgins and Lauren Bushnell’s cutesy Freeform reality series. Instead, it looks like they’re taking a page out of Sean Lowe and Catherine Giudici's book. I support it. Call me a goblin, but I’d take a drama-filled reality show over a cutesy reality show any day of the week. The sixth season of Marriage Boot Camp will premiere this October on WEtv.