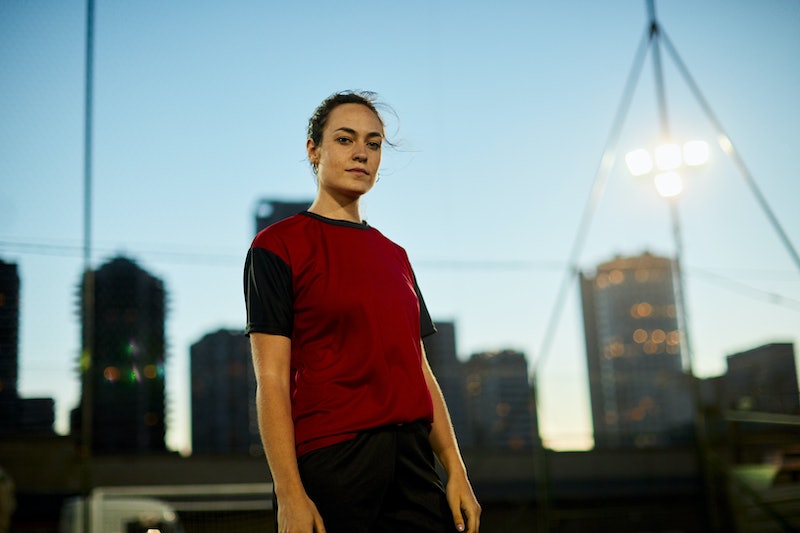 Women and other marginalized people often don't feel like they have the right to exist. I don't mean they literally don't think they're allowed to be alive, but they don't feel they can simply be, just as they are — a feeling which is often driven home by the many ways women are taught to please other people, with the understanding being that if they don't, then they have less value in the eyes of the world. While men may also be rewarded when they make other people happy, our culture doesn't teach them to treat it like it's their job in quite the same way; for women, however, the lessons our culture teaches us often imply or outright state that they exist solely to please others. If they don't, they're therefore often made to feel worthless.

Perhaps this is why women are less likely to feel good about themselves and about their bodies and more likely to be anxious than men. Constant pressure to people-please can leave you feeling like you're not good enough — and worried that the next thing you do won't be good enough either. In order to protect themselves from the social punishment associated with not pleasing others, women learn to monitor their appearances and actions constantly.

But — as is the case with so many other things in our culture and society — women shouldn't be made to feel this way all the time. It's up to us to change it, so in the interest of shedding some light on the subject, here are some subtle ways women are taught that their value lies in the eyes of other people — and why whether or not you're pleasing to other people actually isn't their problem.

Especially according to a very specific and narrow definition of "beauty." Starting from a very young age, girls hear other girls and women criticized for being ugly and fat. They hear them praised for being beautiful and thin. They learn to make themselves fit those often unrealistic standards of beauty through clothing, makeup, exercise, and dieting so that they'll be liked. If they're unable to attain that ideal, they're often reassured that someone out there will find them attractive — but they're rarely told it's OK for people not to. This isn't to say that there's anything wrong with enjoying fashion, or makeup, or working out, or particular foods; the point is that you don't have to use them if you don't want to. Even if nobody in the room likes your face, you still have just as much of a right to be there as somebody whose looks please everyone.

Women are told to smile by strangers as well as people they know, usually in attempt to either help them please others or gain pleasure themselves. Sometimes, they genuinely think smiling more will improve someone's social life. But what really allows you to both be true to yourself and gain favor among the people you really care about is to show whatever emotion you're really feeling, whatever that may be. Telling women to smile is often just another way of telling them to be beautiful — and it communicates the message, "Your face should be arranged in a way I find pleasing, regardless as to how you actually feel." Not OK, and not any woman's problem.

Women are taught to avoid displeasing others by staying silent; the idea is that by not voicing their opinions, they won't offend anybody. When a woman is outspoken, she's accused of being "bossy" — whereas if a man were to do the same thing, he would be praised for being "assertive" or "confident." This expectation ends up holding women back in the workplace and in their personal lives and encourages people to view women as objects rather than people with thoughts.

In dating and other social interactions, women are taught to make men feel like they have the power so that they'll enjoy being around them. So, basically, a woman who is considered desirable to a man is one who makes herself inferior. Of course, a man who is actually worth a woman's attention is one who appreciates her independence and assertiveness.

Rather than being told to embrace their imperfections, women are taught to fear that if they make mistakes, they could upset other people. So, they end up trying to do everything perfectly in hopes that people will like them, which can lead to enormous anxiety.

6. By Dumbing Themselves Down

Also often in the interest of making men feel superior, women are taught not to be too intelligent or too competent. As a result, many women don't let their brains and talent shine because they're afraid it'll make other people, particularly men, feel inferior. Ironically, women are taught to please others by being perfect, but they're also taught not to be too good at anything so that people aren't threatened by them.

Unfortunately, some people really do value women more when they try to please everyone at the expense of pleasing themselves. But many women eventually come to realize that these aren't the people they want in their lives. We all deserve people who want us to do what makes us happy, even if it's not what makes them happy.