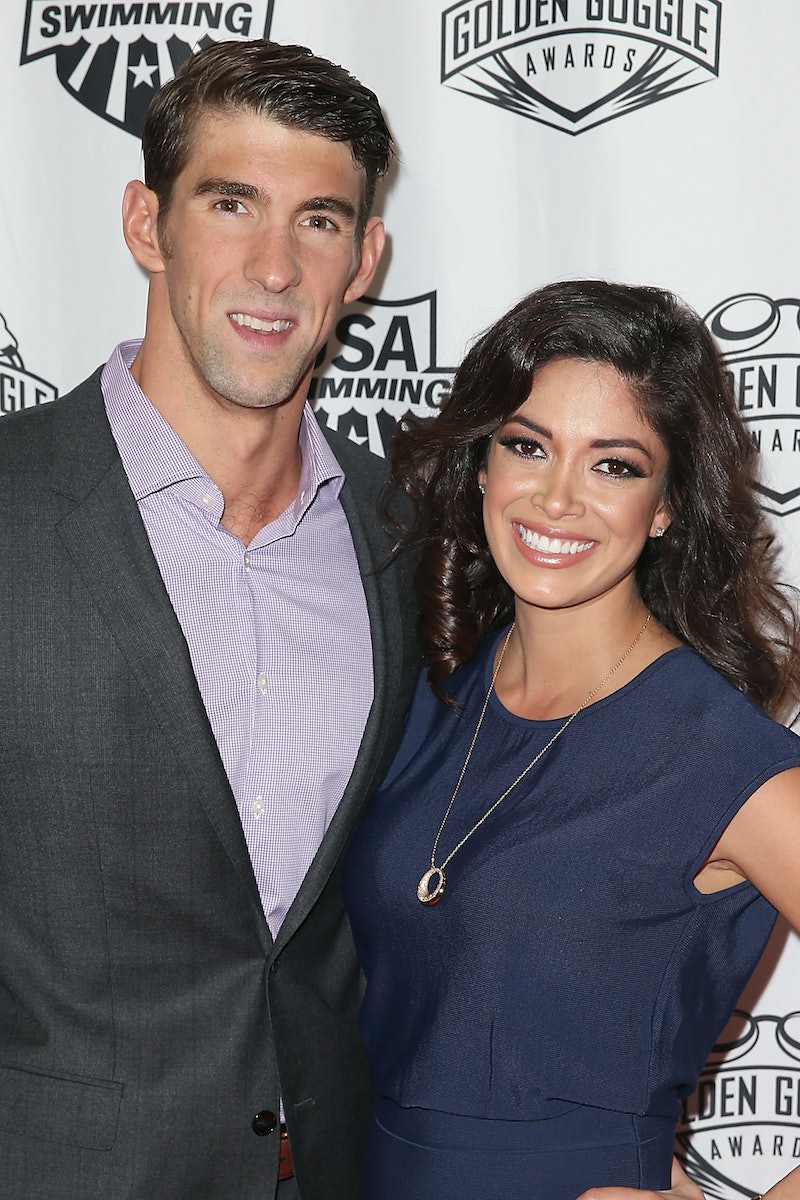 Apparently, the third time really is the charm. Or at least, that's the case for Michael Phelps' love life. In a new interview with Access Hollywood, the record-breaking Olympian opened up about his engagement, and how it was a long time coming. Phelps' comments about fiancée, Nicole Johnson, show that these two are truly meant to be. This is their third time dating, and he previously made himself a promise: If they got back together again, they'd spend the rest of their lives with one another. And that's exactly what's happening. Phelps said:

"We both had to go through some things to get to the point where we are now in our life. I always said if I had the chance to get her back, she was the one I was going to spend the rest of my life with. I was able to have that opportunity... I didn't want to live my life without her and not have her know exactly how I felt."

He explained that after laying his feelings out on the table, it allowed them to reach the best point of their relationship — which is right now. Isn't that so sweet? The pair's relationship reportedly first began in 2007, but it's been a bit of a bumpy road. But despite a few previous breakups, there have been highlights along the way, like when Phelps and Johnson got engaged in February 2015, and when had a son named Boomer in May of this year. Boomer is already garnering as much attention at the Olympics as his pops, since he's so ridiculously cute. But anyway, I digress. Back to Phelps and Johnson.

You can check out his comments (and genuine grin as he talks about Johnson) in the video below. Just prepare for your heart to melt a little bit.

And that's not all he discussed. Phelps also dished about their upcoming wedding, saying, "Small wedding, big reception. That's what we want." He also admitted that he's unsure how big of a role Boomer would play in the ceremony. Despite no confirmation from the proud dad, I'm personally crossing my fingers that he gets to be the ring bearer, or at least wear a mini tuxedo. That would be the cutest.

Another amusing part of Phelps' interview is his confession that he is not a fan of dancing. "I sit and watch everyone dance, but I know at the wedding I'll have to dance," the swimmer admitted. I guess that since he's so athletic otherwise, dance doesn't have to be his forte. But hopefully he at least busts out some moves with his new wife once they hit the floor.

As for when the wedding will happen, his comments imply that he and Johnson are tying the knot by the end of the year. So you know what that means: His wish of spending the rest of his life with her is coming true. So sweet.