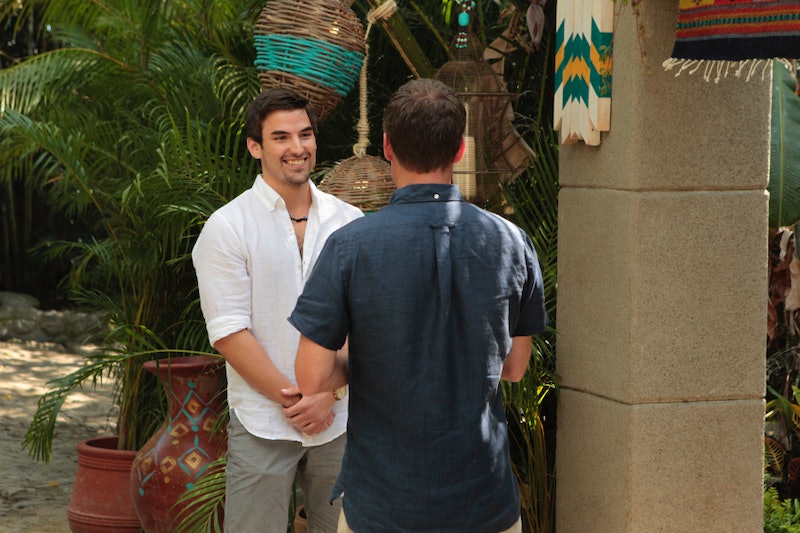 Jared Haibon's life is about to get a lot more dramatic on Bachelor in Paradise, thanks to the arrival of Ashley Iaconetti. But when it comes to his real life, what does Jared from Bachelor in Paradise do for a living? Even though Season 3 feels like it just got started, Jared has already dated Jubilee and Emily, along with being completely smitten by Caila during the Aug. 15 episode. Outside of Bachelor in Paradise, Jared's life seems more low-key than what he's been up to — and what will be going down when Ashley returns on Aug. 16 — but that doesn't mean his career doesn't keep him busy in its own way.

Kaitlyn Bristowe's third runner-up's complicated dating life is about to get more complicated, so it's good to know that Jared's career as a restaurant manager in Rhode Island doesn't seem to cause him too much drama. Anyone who has worked in the food service industry knows that there can be reality TV-like incidents with the employees of a restaurant, but that's probably a piece of cake for Jared after The Bachelorette, Bachelor in Paradise Season 2, and Bachelor in Paradise Season 3.

What makes me think that he's really got it made when it comes to his career (since I'm always fascinated by how much time off people who go on reality TV get) is that Jared told Rhode Island Monthly that his employers "have been more than accommodating with my schedule. . . . They were more than willing to help me out, which is awesome." And Jared has been supportive of them too, like when he used his Twitter to promote the fact that he thinks that one of the places he manages, the Federal Taphouse & Kitchen, has the best burgers in Providence, Rhode Island.

While Jared has seemed to have found himself two pretty great gigs at Providence Oyster Bar and Federal Taphouse & Kitchen to pay the bills when he's not an active participant of Bachelor Nation, he does deal with one element at his job that many other non-reality TV stars don't have to deal with — notoriety. As he told Rhode Island Monthly:

A lot of people come in and recognize me. They'll do a double-take. I am more than willing to help out in any way I can. But I don't want people knowing when I am working there. Some people will call and ask for my schedule. They are not allowed to give that out. I don't want to be bombarded, but the good thing is I can always retreat and go in my office and be by myself. Most of the time, it's wonderful.

Yet, considering he has allowed his native Rhode Island publications to report where he works, he's not always shy about people knowing his workplace. In March 2016, the Federal Taphouse & Kitchen hosted a viewing party of the finale of Ben's season of The Bachelor with Jared as a guest. Plus, Jared claimed to Rhode Island Monthly that interacting with people is one of the reasons he likes working in restaurants. And from Bachelor in Paradise Season 3, fans know that Jared really likes people. Oh, who am I kidding? After the Aug. 15 episode, fans know that he really likes Caila — and probably no other human on earth compares.

So, if you're ever in the Providence, Rhode Island area and looking for a good burger, then you know where to go. And if you're really lucky, you might spot Jared at one of the two restaurants where he works as a manager. Just don't call ahead to find out his schedule or linger too long after you're finished eating or the waitstaff at either Providence Oyster Bar or Federal Taphouse & Kitchen might understandably be a little wary of you.