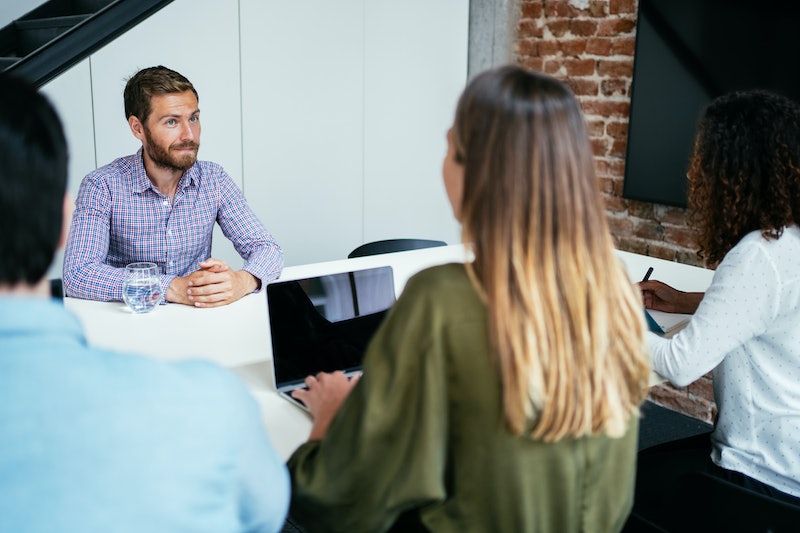 You've submitted a stellar application, aced the interviews, met the higher-ups, been sent an official acceptance ... and now you realize you want to turn down the job. This is one of the most awkward situations in the modern capitalist economy: putting in the effort to be hired, only to realize that it's not actually the ideal position for you. Of course, this realization takes many different forms; it can be made clear throughout the process that this would be a gamble or a potential non-fit, or circumstances may change that make it a poor idea. (One friend got through the entire hiring process with a firm before realizing that it had a very poor record of caring for employees with mental health problems.) But the fact remains: you don't want what's been offered. How do you politely say "no" to a job offer without burning any future bridges?

This is a position in which it's necessary to advance diplomatically, and act with consideration. According to research compiled by Forbes, women in the workplace often find it difficult to say no, leading to an increasing culture of favors and unneeded extra effort, and that displeasure-phobia can spread into the job-seeking market, too. It can be tempting to either water down the "no" so heavily that you come out sounding deeply uncertain, or do it abruptly, like ripping off a bandaid. Neither of these approaches, according to experts, will help. What will aid you, apparently, are clear reasons for choosing to say no, an appreciation for your interviewers, and knowing how to deliver the "no" (hint: not with balloons or a gorilla gram).

Here are expert tips on how to reject a job offer without causing difficulties or giving yourself a huge case of The Guilts.

1. Make Your Conditions Clear During The Hiring Process

Forbes makes the point that you can set yourself up for a potentially less awkward rejection of any offers if you make your deal-breakers and most-wanted conditions clear during the application process. If you want good work-life balance, are looking for something that shows your managerial chops, want excellent progression through the company, or possess any other priorities, you should make them clear, if only in your questions at the end of your initial interview or by generally mentioning what you're looking for.

After all, job interviews are an assessment by both parties about fit. That way, if you're rejecting the offer because it doesn't meet one of these conditions or doesn't fit you in a way you've previously referenced as a concern, you can call back to that. It makes everything clearer to the HR department, shows that you're following a consistent set of values honestly, and that you weren't wasting anybody's time.

2. Show Your Appreciation For Their Time & Effort

This is one of the most important parts of the entire rejection process: recognizing that the company put in work and time to give you interviews and review your application, and making them understand your gratitude for that. Hiring is a difficult job, involving a considerable investment, and your appreciation shouldn't just be that they were prepared to give the job to you (although obviously you're awesome), but that they went through the whole rigmarole at all. Business Insider points out that this keeps doors open for further potential roles, and also indicates that you understand how a company actually does business.

There are different perspectives on the most polite mode of communication through which to send your rejection. Generally, it depends on the formality of the offer itself, and how the company has been communicating with you throughout the process. Job search site The Ladders voices the opinion of many in recruitment that phoning is generally preferable to email, and always directly to the person who dealt with your application; don't leave a message with a secretary or a receptionist. In some industries, however, this would be considered bad form. Large companies, particularly in law and finance, occasionally expect either acceptances or rejections to be made in writing, but it's usually advised that alongside the formal rejection letter, you also send a thank-you in writing to everybody involved in the process (all members of the interview panel, for example).

4. Be Rapid In Your Decision-Making

It can be tempting to play offers off against one another, but this strategy can backfire, as companies tend to prioritize resolution: if you want to negotiate, you need to do it very quickly indeed. Speed is of the essence when rejecting a job, as it gives the company time to begin the process again or contact the next available candidate, particularly if the position is available in the immediate future or requires significant set-up. Don't leave anybody hanging unnecessarily. If they contact you asking for an update, be honest about waiting for another offer, but make it clear that you're still committed to the company and wish to explore all your options sensibly.

The Harvard Business Review (HBR) has a fantastic rundown of the potential reasons an employee may have for rejecting a job offer, and it provides a very good template for outlining your logic in a sensitive way. Yes, it is necessary for you to justify yourself, particularly for in-depth job processes in which multiple interviews and stages are involved. The HBR breaks down reasons for rejection into five categories: external factors like geography, money, a lack of skills, whether or not you'll fit with the people, and long-term career goals. If your reasoning is that the office smelled like feet and everybody seemed to be sexist, you can still make it fit within one of those acceptable lines.

6. Recommend Somebody Else For The Position, If Possible

This won't necessarily work for all positions, but it can really mollify the issue if you feel you're letting a business down: giving them the name of a person who might fit the position well instead of you. If they have a shortlist, this likely isn't a necessary move, but as a gesture it may be appreciated. It goes without saying that the person must be available and actually aware of this move, but it can work very well: it improves your standing with HR and can give a friend a boost. (This is actually how I got my current position with Bustle, so don't knock it till you've tried it.)

It can be seriously tempting to wave "boy, bye" at those companies you don't want as employers, but don't let the power of an offer go to your head. As Erica Florentine wrote in February for Bustle, your reasons for rejection may be centered on the company itself (its rep on the street, the work culture), but that doesn't mean that your rejection should be a stream of criticisms of the company itself; they brought you on board as a potential hire, not a consultant about their entire structure.

Above all, unless they insulted you or were deeply unprofessional, keep your game face on and be charming. Today's sh*tty Twitter imitation may be the hottest destination to work in five years, and you don't want them to remember your face and wince.