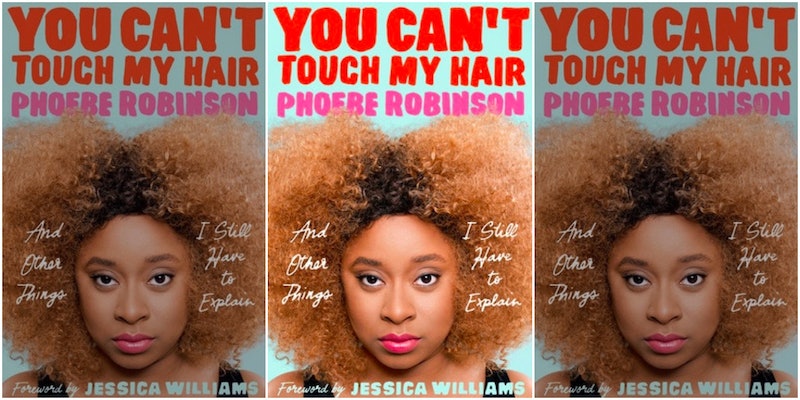 There's something just so mega-inspirational about reading memoirs by badass women, isn't there? I love hearing the stories of women from all types of careers and backgrounds, speaking out in their own voices about what they've achieved. It never fails to make me feel that one step closer to my own dreams — and as summer draws to an end and I still haven't written that bestselling book, that kind of boost is exactly what I need.

That's why I'm so excited for these 12 memoirs coming out this fall written by the most badass ladies on the scene. These women have done all sorts: some of them are actors, some comedians; there's a lawyer, a Wall Street executive, and even a soccer star. You name it, these women have done it. And I can't wait to read all about it.

If you were lucky enough to have a vacation this summer, you probably got a lot of holiday reading done — so there should be a few gaps on your TBR list. So while you're shopping around looking for the next great book to splash your cash on, take my advice and save a little space for these memoirs. You won't regret it.

1. You Can't Touch My Hair And Other Things I Still Have To Explain by Phoebe Robinson

Phoebe Robinson is a stand-up comedian and half of the duo behind super-popular podcast "2 Dope Queens." Her essay collection will make you laugh out loud, but it's also bursting with important explorations of race and gender and their place in pop culture.

2. Scrappy Little Nobody by Anna Kendrick

This collection of essays about the life of everyone's favorite actress Anna Kendrick will have you laughing for days. After all, this is the woman who could even make Twilight funny.

3. Born Bright: A Young Girl's Journey from Nothing to Something in America by C. Nicole Mason

This one just came out so you can actually get your hands on it right now, and read it on one of these long late summer evenings. Mason's memoir tells the story of her childhood living in poverty, and the flaws in the assumption that the poor don't help themselves enough.

Jennifer Weiner won all of our hearts not only with her novels, but also with her outspoken feminism — including that time she coined the term "goldfinching", and every time she put Jonathan Franzen in his place. So I'd buy anything she wanted to sell me, and this essay collection looks particularly brilliant. Inside, we're going to learn about everything from her weight to her sex life, her mom's newfound lesbianism to her six-year-old daughter's relationship with the word "fat."

5. In the Game: The Highs and Lows of a Trailblazing Trial Lawyer by Peggy Garrity

This is another one you can get your hands on right now — and you're definitely going to want to. Peggy Garrity is the lawyer behind high-profile cases featuring Clint Eastwood, Sondra Locke, and Sara Jane Moore, who tried to assassinate President Gerald Ford. Breaking out as a female lawyer in the 1970s was no easy task anyway — but Peggy Garrity faced the extra discrimination of being a single, and working, mother of four at the same time.

6. Sorry Not Sorry: Dreams, Mistakes, and Growing Up by Naya Rivera

Glee star Naya Rivera's memoir is laugh-out-loud funny and wonderfully personal. Rivera's superstar life may have been a bit more dramatic than most of ours — but the mistakes she made, and the lessons she had to learn along the way, will ring true with anyone.

7. My (Underground) American Dream: My True Story as an Undocumented Immigrant Who Became a Wall Street Executive by Julissa Arce

Julissa Arce has been living illegally in the United States since she was a teenager, but when she landed an incredible position as Vice President at Goldman Sachs, her closely guarded secret started to feel a little more dangerous. It's incredible to read Arce's story of being a rare Hispanic women in a largely male industry — and her book also raises important questions about the perceptions of undocumented immigrants.

8. Around the Way Girl by Taraji P. Henson

Fans of Taraji P. Henson's famous character Cookie from Empire will adore this memoir. It's about friendship and family; it's about her acting training at Howard University; it's about making it as a Black actress in Hollywood. And ultimately, it's about being yourself, and following your own dreams.

This is the incredible story of Sil Lai Abrams, who believed herself to be the daughter of a Chinese mother and white American father until she was fourteen — when she discovered her father was not actually related to her. Her birth-father was a man of African descent who had no idea she existed. Black Lotus is the celebration of Blackness, even amongst a family that has sought to deny it.

10. Where Am I Now?: True Stories of Girlhood and Accidental Fame by Mara Wilson

Mara Wilson is most famous for playing Matilda in the classic childhood film — and for being the subject of numerous article posing the question of "Where is she now?" Since we last saw her, Wilson has left the acting (almost) completely behind — and moved on to become a talented writer and playwright.

11. Body 2.0: Finding My Edge Through Loss and Mastectomy by Krista Hammerbacher Haapala

After her mother died of breast cancer, Krista followed her deathbed advice — and underwent a voluntary mastectomy in order to improve her chances of surviving for her own children. Body 2.0 is a touching exploration of body image, motherhood, and the sexualization of breasts and breast cancer.

12. When Nobody Was Watching: My Hard-Fought Journey to the Top of the Soccer World by Carli Lloyd

This memoir from the captain of the U.S. Women's National Soccer Team will have you punching the air with feminist pride as Lloyd tells her stories of self-confidence, dedication, struggles — and that iconic hat trick in the first fifteen minutes of the 2015 FIFA championship.