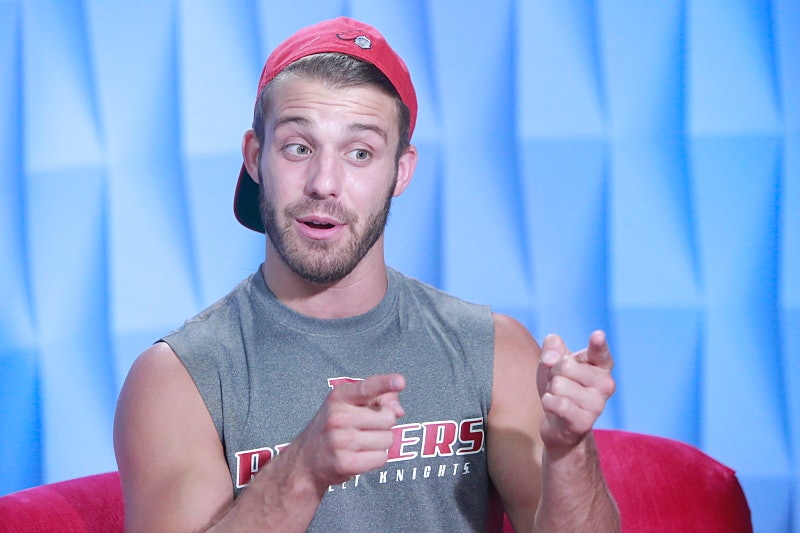 It's impossible to know whether or not Paulie has the roundtrip ticket. Unfortunately, we'll only know when he's sitting across from Big Brother host Julie Chen after being evicted. And, while it would be easy to assume that the growing dislike of Paulie in the house means he's going to be gone for good after Thursday's live eviction, it's important for the houseguests to remember that Paulie could be coming back just as soon as he leaves. The fear for the houseguests, specifically Paul, Victor, Michelle, Natalie, and James, is that Paulie would come back with a grudge and still have allies in the house in Nicole and Corey. Luckily, Paul, the emerging BB18 mastermind, has a plan just in case Paulie has the roundtrip ticket.

According to Big Brother Daily, Paul is conspiring with his fellow houseguests (minus Corey and Nicole) to try to drive a wedge between Corey and Paulie just in case Paulie has the roundtrip ticket. James, Natalie, and Michelle are doing most of the dirty work, hinting to Corey that Paulie is approaching them with deals, promising to do their dirty work if he can just stay another week. This might sound underhanded, but it's actually true. Unfortunately, Paulie seems determined to blow up his own game by offering last-ditch deals to his fellow houseguests, sending them right to Corey to spill the beans.

It's unclear whether or not it's working to separate Corey and Paulie, but at the very least, it's putting some distance between the bros, and that could be enough to fracture the pair once and for all. So, even if Paulie does have the roundtrip ticket on BB18, he could be heading out in a week anyways. It's all just a matter of time.