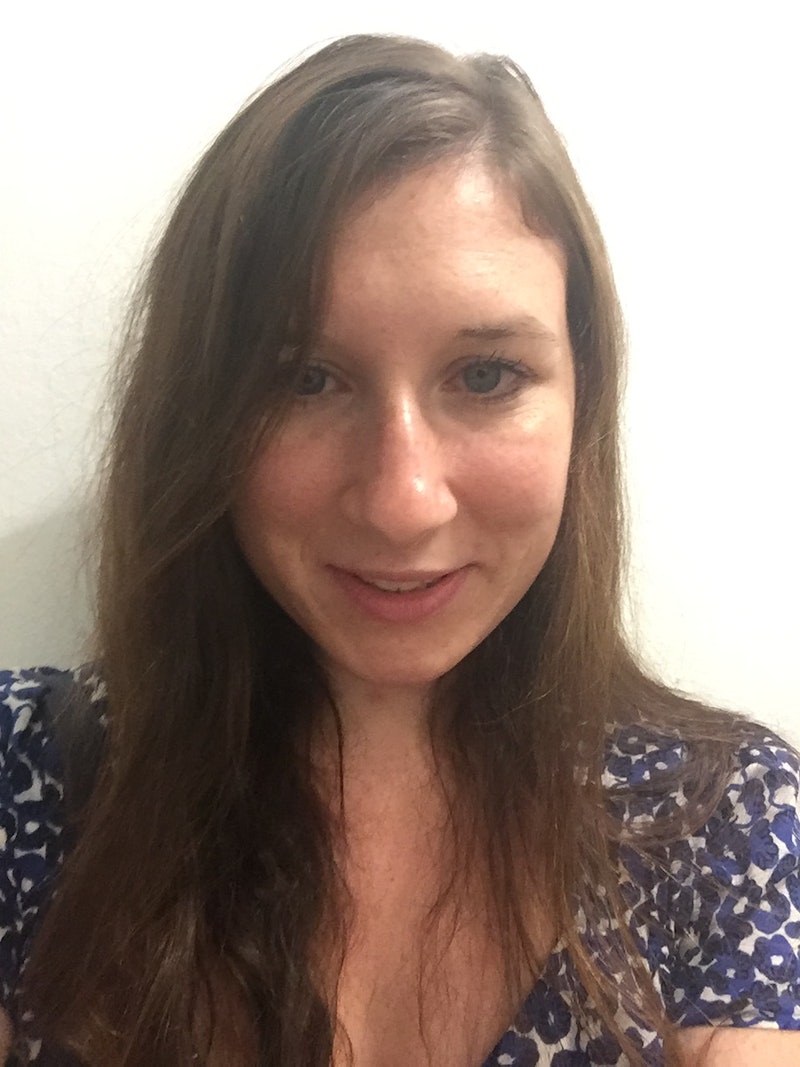 As I'm approaching my 26th birthday and decidedly not in the "early 20s" age group anymore, I can say there were a lot of thought patterns that sabotaged my early 20s. I didn't recognize them at the time because a lot of other people live by them and accept them, but now that I've gained a bit of distance, I've realized they weren't helpful or based in reality. Though it's easier said than done, I'm attempting to replace these with new thought patterns in my late 20s and save myself the unnecessary struggles that come from negative thinking.

Mid-20s me is a pretty different person from early-20s me. Just over the past few years, I've become more adventurous, less reserved, and, unexpectedly, more impulsive. While I've always been very good at being careful, following rules, and making plans, I've recently found it more important to take chances, face fears, and do unconventional things. I've pursued dreams like traveling the world, dying my hair blue, and doing other things I always thought I'd be too afraid to do.

Here are some of the thought patterns I had to overcome to get to this point, because sometimes, it really is our own minds that stop us from achieving what we want.

1. Fear Of Missing Out

Fear of missing out, also known as FOMO, is the voice in your head that says, "What if the future love of my life is at this party and I miss them because I didn't go?" or "What if someone with the potential to be my best friend is in this bar, and I never meet them because I decided to leave right now?" That voice can sometimes convince you to stay at parties and bars you don't really want to be at on the off chance that the night will get better. And sometimes it does. But in the majority of cases, it doesn't, and you end up wasting your time. So, now I have a policy: If I only want to go somewhere because I'm afraid something amazing will happen that I'll miss out on, I just don't go. After all, I'm fine with "missing out" on something I didn't even want to do in the first place. Sure, my potential future husband or best friend could be there, but making decisions based on mere possibilities will drive you into the ground (see #4).

Remember back when people actually filled out the "about me" portions of their Facebook profiles, and one of the options for what relationship you were looking for was "whatever I can get"? This is an attitude I used to take not only to relationships, but also to jobs, apartments, and pretty much everything else. "This isn't great," I'd think, "but it could get worse, and I'm afraid that whatever else I find will be worse, so I'm just going to stick with this mediocre thing I know." Bad idea. By staying in relationships, jobs, and places I felt ambivalent or lukewarm about, I not only made it harder for myself to find better options, but also conveyed to myself and others that I lacked self-respect. A better philosophy? Take the best things you can get, and show everyone that you've got high standards — because you deserve only the best.

In college, I used to try not to spend too much time on coursework for my favorite classes because I felt guilty, as if the fact that I enjoyed something made it unproductive. Later, I did the same thing with work I enjoyed. I had learned to be deeply suspicious of things that made me happy. I didn't really start to question this until I saw it seeping into my relationships, though: Once a relationship was going well, I started to wonder what was wrong, since I thought relationships were inherently difficult and painful. Now, I try to remind myself that just because something's enjoyable or easy doesn't mean it's not worthwhile or not work. After all, we ultimately want work to be enjoyable and easy, right?

I've driven myself to distraction fretting over possible conflicts that may arise at some undetermined point in the future if and only if some unforeseen event happens. "If I get offered a job in another city, I won't want to get an apartment in this one, so I should hold off on looking." "If that guy I went out with last week ends up wanting to make plans on Monday, I'll have to finish this project on Sunday, so I shouldn't make weekend plans." Just having these thoughts is exhausting. Sure, it's useful to plan in advance for something... if that thing is actually likely to happen. If the chances are that it won't, it's better just to get on with your life and cross your proverbial bridge if you get there.

Breaking this thought pattern was transformative for me. It happened when I was on a plane to New York from Ibiza and noticed my thoughts sounding like a broken record. "You can't just up and leave your home," I'd tell myself when I thought about my dream of traveling the world as a digital nomad. "You can't just pursue someone you've barely met," I told myself about someone I'd fallen for on vacation and was heartbroken to leave. Then I realized: I could. I could do all of it. On that plane ride, I wrote two emails: One to my Ibiza fling asking him to visit me in New York, and one to my parents announcing that I was leaving after my lease expired. Now, my digital nomad dream is a reality, and I'm dating the fellow vacationer I'd once barely known, thanks to those mid-flight emails. We like to think big decisions are really complicated or just impossible, especially if they're unconventional. But you'd be surprised by what you can "just" do if you stop dismissing it.