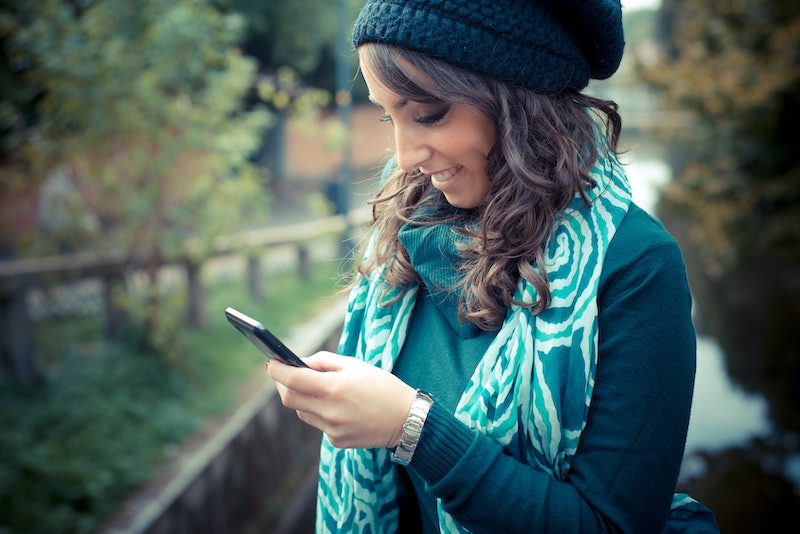 After the tears have ceased and the heartache has somewhat pass, you might decide you’re ready to date again. As to how long it will take each person to get to this point after a breakup varies, but it will eventually happen and when it does, dating apps might be the first thing that comes to mind. Because, honestly, how else are people supposed to meet these days? I mean, I guess people are still being set up or trying to meet people in IRL, like at bars, but for most, especially those with busy lives, dating apps are the way to go.

In a world with so many dating apps and ones that appeal to everything under the sun, trying to figure out which one works best, as you dip your toe back into the waters of dating, can be daunting. Are you ready for something serious again? Do you just want to hook up, because a distraction after a breakup is always a good thing? Or are you looking for something casual — and with a farmer? (I’ll never get over the fact that the Farmers Only dating app exists.)

So before you sign up for every single dating app out there, as if you’re trying to cover all your bases, hold up. Here are seven of the best dating apps for the newly single.

Not only is the name adorable, but Coffee Meets Bagel gives women only five matches a day (that's your "bagel) — every day at noon — and many of them have already liked you. This is great for the newly single, because it’s not overwhelming like other dating apps that give you hundreds of people from whom to choose and it saves you time by seeing people who have already liked you. Then, when you think you’re ready to be overwhelmed, if that day ever comes, you can move onto other apps — you know, until your phone has every dating app out there on it.

As someone who is newly single, Tinder was my immediate go to dating app — after some convincing from friends; or rather a lot of convincing from friends. For me, it was perfect: I wasn’t ready for a relationship, I wanted to meet guys with whom I could have some fun, and with my sex drive finally back, after a year-long hiatus, I was open to the idea of casual sex. If something progressed past casual sex, then I was open to that, too.

When Tinder co-founder Whitney Wolfe left to create dating app Bumble, she wanted to create a dating app that put women first. We’ve all heard the horror stories of guys being crass on other dating apps, especially when they’re rejected because OMG having that fragile male ego must be SO HARD, so Wolfe wanted to have a hand in changing that negative environment. While Bumble has the same swiping technique of Tinder, women are the ones who make the first move, although they only have 24 hours to message someone before they disappear. This particular app is great for the newly single, because you feel like you have more control over the situation.

If you’re not sure you’re ready for a one-on-one date, then dating app Squad is exactly what you need. Although it's more of a social app, it does connect groups of friends, so you can all meet up, hang out, and, well, you never know what can happen. Definitely an awesome solution for people who want to meet someone new, but don’t want the pressure of feeling like they’re on a date.

If you’re newly single, but think the best thing for you is to jump back into a relationship —and, hey, that totally works for some people, then dating app Happn is for you. When Bustle teamed up with Happn to see how the dating app was being used via a survey of its members, it was found that 56 percent of men and 72 percent of women on Happn are looking for a relationship. Those are some pretty high percentages. Happn also matches you with people whose paths you’ve crossed at some point, so that’s cool, too.

Since OKCupid has been around a lot longer than these other apps, originally starting as an online dating site, they’ve tweaked things enough to make it a pretty solid place to find something more than just a hookup. Although, as research has found, women on OkCupid don’t message first all that often, those who do tend to be more successful with online dating. Go for it!

Picture this: You’re newly single, you’ve realized your last relationship was a lesson you needed to learn, you’re over it, and you’re ready for an adventure. If this is the case, then you want dating app MissTravel on your phone, stat. MissTravel matches you with people who are looking for travel companions — and in some cases you don’t even have to spend any money, because your match might even be willing to pay for your travels. If that doesn’t get you over your heartache, I don’t know what will.