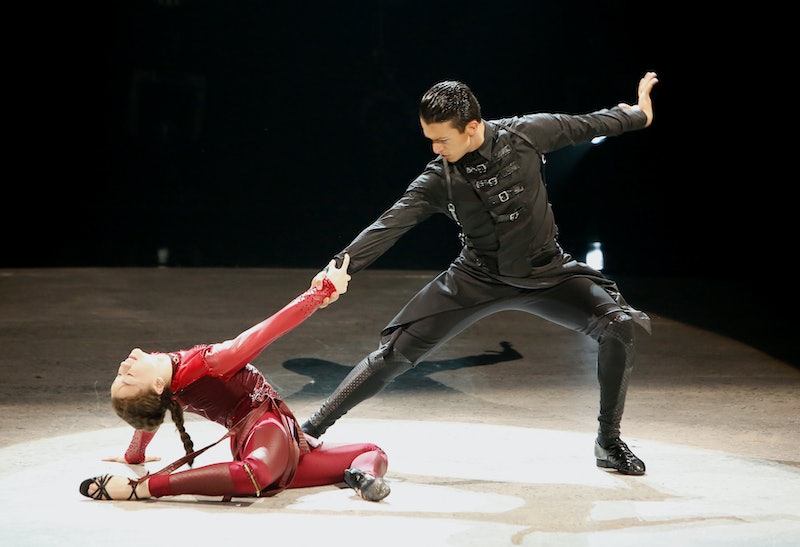 While I was still mourning the loss of ballroom dancer Jake, Ruby was eliminated on So You Think You Can Dance. She was the last Next Generation dancer to specialize in ballroom and during the Aug. 22 episode, Ruby's versatile performances had helped my grief process significantly since she highlighted why she was the final dancer left in that style. However, it wasn't enough to keep her on the show and since she received the lowest number of votes, Ruby — and her infectious, goofy laugh — had to say goodbye to So You Think You Can Dance.

Yes, it had been three weeks since Jordan and Jake were eliminated on So You Think You Can Dance because of the show's summer break (aka Olympics break), but their departures hit me hard — particularly Jake's with his bubbly personality and performance style (though I do believe Jordan never truly got the attention she deserved). With Daniela and Jake already being sent home, Ruby was the lone ballroom dancer representing her style and represent she did. She really impressed me during the Aug. 1 episode with her contemporary routine with Kida (they both were amazing in the piece choreographed by Mandy Moore) and her performances on Aug. 22 echoed that "Over the Rainbow" dance since she appeared to present a side of Ruby that the audience hadn't seen before.

Both Jason Derulo and Paula Abdul mentioned how they felt like Ruby was a different person after the two-week break with a fiercer attitude in her performances and I fully agreed. Although Jason and Nigel weren't thrilled with her Broadway duet with Tahani later on during the Aug. 22 episode, all of the judges were singing Ruby's praises after a Mark Ballas jive with All-Star Paul. Yet, her solo and her dance in her preferred style from Aug. 22 didn't matter when it came to scoring since the votes were tallied after the Aug. 1 episode. Regardless if they "mattered" when it came to scoring though, I was glad that Ruby — who had been in the bottom two with Sheaden before — was still around to show off just how capable of a dancer she is.

It doesn't seem coincidental that all of the ballroom dancers from the Next Generation were voted off early and it may have something to do with the inevitable awkwardness of partnering two people of such varying ages in that specific genre of dance. Ballroom was the only style that partnered people of different genders and with many ballroom dances featuring a sensual element, the choreographers had to get pretty creative when it came to the dances between the All-Stars and their Next Generation partners.

With Ruby gone, there are no Next Generation dancers who specialize in the style anymore, but that doesn't mean you won't see the other younger dancers being partnered together and challenged to learn the intricate moves. But with Ruby's elimination, the glory days of ballroom on So You Think You Can: The Next Generation are over and it doesn't make her leaving the show any easier.