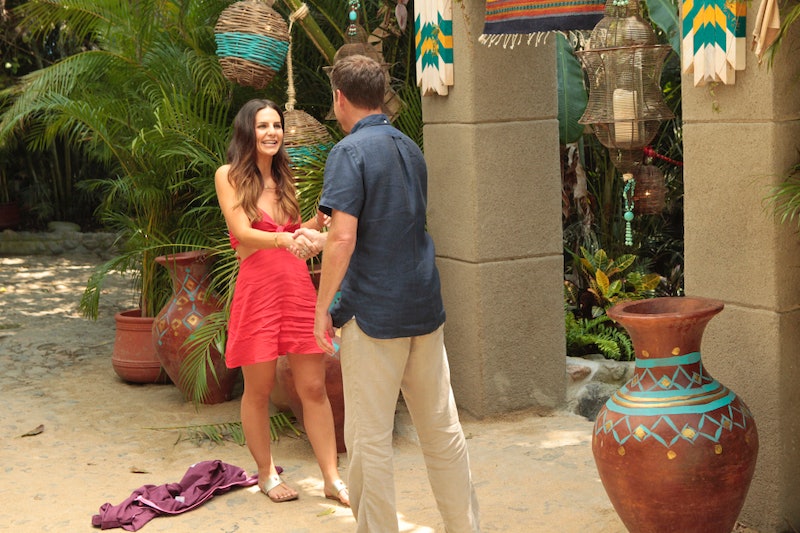 Izzy and Vinny seemed like Bachelor In Paradise 3’s Jade and Tanner — who got engaged at the end and lived happily ever after. Except Brett Melnick came in and blew that all to hell. To be fair, it wasn’t Brett’s fault — Izzy got one good look at Brett when he appeared in Mexico and was all, “Mama like.” (I said the same thing.) After telling Vinny that she may want to see other people, Izzy turned her attention to Brett, telling him how he was a shock to her system and she wants to try a date or two with him. Filming wrapped months ago on the show — are Izzy and Brett a couple after Bachelor In Paradise ?

I mean, probably not. I’m not sure this romance even got off the ground. I think Izzy was interested in testing the waters with a new guy to make sure there wasn’t anyone out there she liked more than Vinny, but she and Brett likely fizzled quickly in Paradise. Looking through Izzy and Brett’s social media, all Brett posts are pictures of himself and whatever hairdo he’s working on at the salon (he’s a hair stylist back home in Pennsylvania). I’m guessing that he is single at home, or at least keeping really quiet about whomever he’s dating (probably at the request of Bachelor In Paradise producers).

Izzy, though — she has tons of pictures of her with Bachelor Nation pals, and some of these pictures are screenshots of her enjoying Paradise with Vinny. I mean, all they do is make googly eyes at each other. Izzy even joined Christian to wear some Vinny-themed t-shirts.

I think Izzy’s confession to Vinny that she maybe wanted to try things out for a minute with Brett was tough for Vinny to hear, but ultimately very mature and adult. Though she did ask Vinny, “Didn’t you notice I was being weird today?” — which, girl, communicate with your partner and your life will be easier — Izzy’s admission to Vinny that she could like Brett means that she and Vinny actually had a pretty solid foundation for meeting a week earlier on a dating show. Part of being in a relationship is being able to express your thoughts and feelings, good and bad, with your partner.

Most of this doesn’t have anything to do with Brett. I think Brett was just the catalyst for Izzy wanting to make sure that what she has with Vinny is right. In the world of The Bachelor and Bachelor In Paradise, people fall in love after literally four days. Izzy seems like a practical person. Making sure that Vinny was indeed the man she was interested in is smart. Sure, it’s a gamble to walk away from someone you really like. You could get back together, or you could split up forever. But at the end of it all, you learn more about yourself — what you want, what you like, and what you won’t put up with. Vinny or Brett, Izzy is just trying to find love, and the way she’s going about it is very smart.