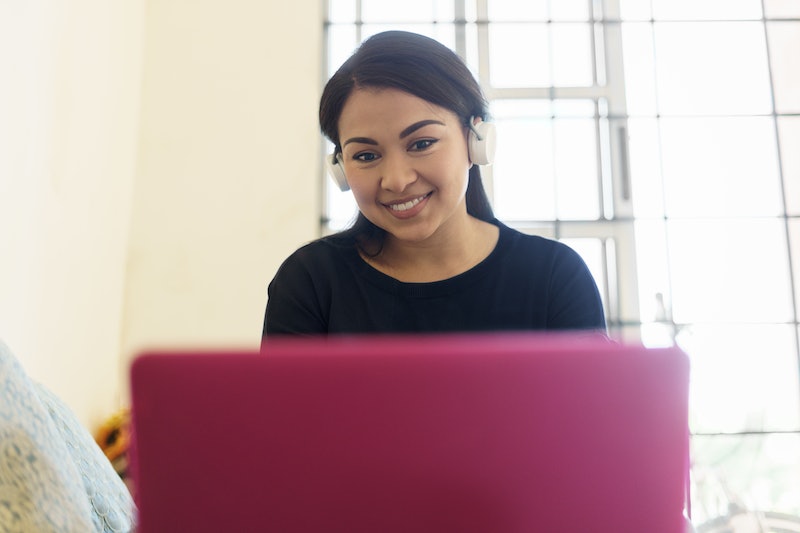 Women and people perceived as women grow up learning to please other people and avoid rocking the boat at all costs — so, of course, I've decided to do the opposite and get into the business of boat-rocking. As it turns out, there are lots of times being assertive pays off, despite what we're taught about people not liking women who are too aggressive or "masculine." It's nice to know that, by bucking gender norms and speaking your mind, you won't just be staying true to your principles — other people will appreciate you for it, too.

The number one piece of advice I give women regarding their careers, their love lives, and pretty much anything else is to ask for what they want. Other people are busy worrying about themselves, so sometimes, they're willing to give something to you but simply won't think to offer it unless you ask. Asking for what you want can also foster self-respect and self-care, because you're telling yourself that you deserve it.

Here are some instances where I've noticed it really pays off to speak your mind and be assertive, even when disappointing or upsetting people seems like a risk. More often than not, that risk is so worth taking.

1. When You Want Something But Think You'll Get A "No"

Last year, my friend made up a game called the "no" game. Here's how it works: You make outlandish requests of people until you get a "no." The more "nos" you get, the better you're doing at the game. What she found was that when she asked people questions that she thought would lead to a "no," from "Would you like to collaborate with me on work?" to "Could you buy me a snack?", she kept getting "yes" responses. I've also found that asking for what you want, from a job to a raise, pays off most when you think you'll get a "no," because that means you're aiming high. If you're not getting any "nos", you're also probably not getting as many "yes" replies as you could be.

2. When You're Not Feeling An Activity Or Plan

Something I learned at a cuddle party really changed my attitude about saying "no": People would rather you decline an invitation you're not enthusiastic about than hang out with someone who's unenthusiastic. After all, it just doesn't feel good to be around someone who doesn't want to be around you. Meeting others' disapproval by leaving an event early or rejecting invitations they were pushing for has been a huge fear of mine. But as of late, I've made a point to (as I learned at the cuddle party) say "no" to things I'm not feeling "hell yes" about, from visiting my family even when I know they really miss me to sitting through a totally disappointing concert that proves the Smashing Pumpkins will never again be what they were in the '90s. I have not once regretted it, and nobody else has held it against me (though, in all fairness, Billy Corgan didn't know).

3. When Someone Says Something That Doesn't Sit Quite Right With You

I used to think it would be a huge deal to call someone out for saying something offensive or politically incorrect. But it only becomes a big deal if you make it one. Someone's more likely to get defensive if you pull them aside to have a chat than if you just say, matter-of-factly, "I disagree." For example, the other day, someone told me he thought Obama got so much credit just because he's black. Instead of shying away from talking about race out of fear of getting into an argument, I just said, "Naw, I think that hurts people's view of him if anything." And he was like, "Yeah, I guess that's true," and we got on with our conversation. Sometimes conversations are much easier than we make them out to be.

4. When Someone Isn't Treating You The Way You Deserve

I used to shy away from speaking up when I didn't like how I was being treated in relationships because past partners have gotten defensive when I did this. But, I'm realizing, it's important for me to be with someone who's not defensive. So, when a new partner forgot that I'd told him my birthday was coming up, I said, "That was a big deal to me and now I'm scared I can't trust you to remember things." He wrote down my birthday in two different places after that. It reminds me of that quote from The Perks of Being a Wallflower : "We accept the love we think we deserve." I communicated that I deserved a partner who remembered my birthday, so that's what I got. Speaking up when someone hurts you is totally reasonable, and only an unreasonable person will take issue with it.

5. When You Want To Pursue A Relationship With Someone

Women are taught to "play hard to get" and not be too "easy," yet women who make the first move have more success in dating (at least on OKCupid, according to the site's data). I wouldn't have gotten into many of the relationships I've been in if I hadn't either sent that first OKCupid message, confessed that my feelings were stronger than friendship, or done something else to show my interest. If you really want to pursue something, speak up. The other person just might want the same thing but be scared to speak up themselves, and being the one to assert your desires can be empowering.