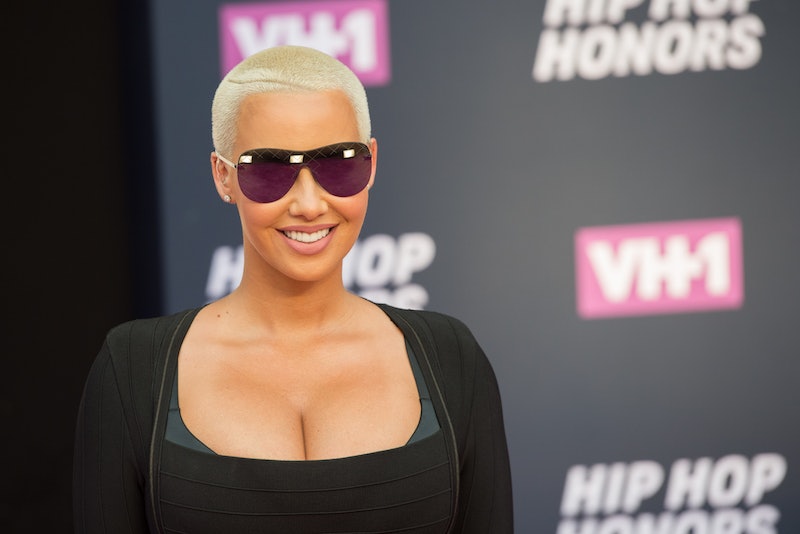 As Season 23 of Dancing with the Stars ramps up its casting efforts, ABC got everyone excited this morning after releasing the names of eight of the professional dancers that will be gracing the stage. But now that these names are known, what I really want to know is which stars will be joining the cast of Dancing with the Stars? And if you’re wondering the same thing, you may want to hang on to your dancing shoes, because news began to break about just who might be joining the stars on stage. On Tuesday, it was rumored on E! Online that Amber Rose could be the first star joining the cast of the show, and, if that’s the case, it could be great news for fans of the show and fans of this very talented star.

Rose hasn’t been the first star to be rumored to be joining the cast. Earlier in the week, there was talk of Teresa Giudice finding her place in the limelight. But when her lawyer responded, saying that Giudice had been asked in the past but was unable to, it gave me hope that this star could be back for a season in the future. There was also the rumor that Olympian Simone Biles was asked to join the cast — following her Final Five teammate, Aly Raisman’s appearance on the show in the past— but when she offered comment on the rumors to say that the gig would conflict with the tour, she and her fellow gold-medal-winners are going on for the next few months, it became clear that the rumor was nothing but wishful thinking. And what would a season of Dancing of the Stars be without a member of The Bachelor franchise? JoJo Fletcher was also rumored to be joining the cast, but no official comment has been released about the status of that.

But in the midst of all of these casting rumors, the one about Amber Rose definitely seems to me to be the most promising. Promising because she brings enough fame and enough raw talent to make it far in this competition: As a former exotic dancer, she's clearly got the moves, and the star has previously posted a number of videos of her dancing on her social media accounts that make it seem like she might be up for the job.

We'll still have to wait a while to find out whether or not Rose will indeed join the series, but it would truly be an awesome move if she does.