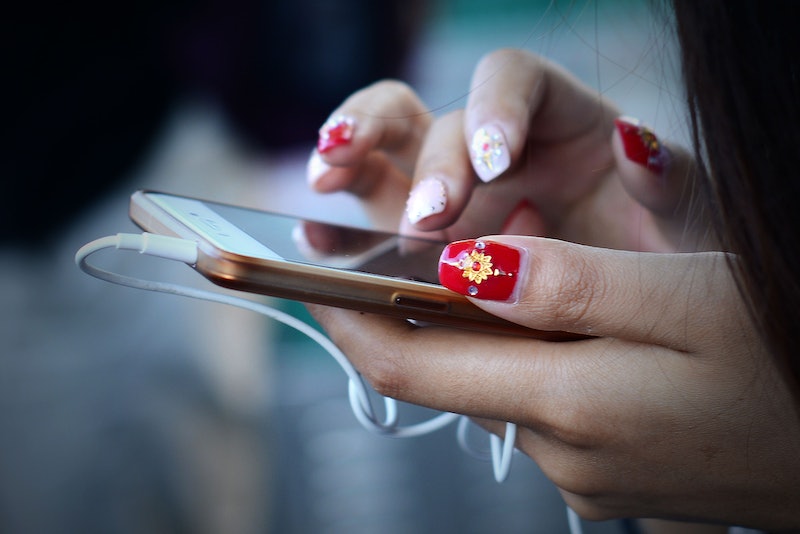 Social media is constantly changing and evolving, and Facebook is no exception — particularly when it comes to video content. In fact, according to the Daily Dot, Facebook is currently testing autoplay videos that play sound when users scroll by them. But what if you're not wild about the idea? Does anyone know how to turn off Facebook autoplay videos with sound? Because if you're already listening to music — or stealthily creeping on Facebook at school or work — the last thing you probably want is a loud video interrupting your vibe.

Before we get into how, exactly, to turn off the sound on these auto-playing videos, let's review who actually has to worry about this. As of right now, the test will not affect all users; right now, it's only impacting a small group of users based in Australia. Said a Facebook spokesperson in a statement released to multiple outlets, "We're running a small test in News Feed where people can choose whether they want to watch videos with sound on from the start. For people in this test who do not want sound to play, they can switch it off in Settings or directly on the video itself. This is one of several tests we're running as we work to improve the video experience for people on Facebook."

Testing the feature on a small group makes a lot of sense; it's the norm for social media sites to test out a new feature on just a few people at first to see how people might react to a potential updated. It's a great way to examine user response, as well as providing feedback and time to work out possible bugs in the system.

If you, like me, are based in the United States, you don't have access to the feature yet. And if you're part of the test group in Australia, I have good news for you, too: If you aren't interested in hearing ads or Facebook Live videos as you scroll your feed, it's super simple to disable audio from auto-playing. You simply go to your "Settings" and switch your sound to "Always Off." Boom, you're done! Users will also have the option of turning off the sound within the video itself, by tapping an icon placed in the lower right hand corner of the video.

As of right now, it isn't clear if Facebook will extend this feature to users outside of their current test demographic. Still, it's always good to keep up with what our favorite apps are trying out, especially if it means that we might just have videos randomly playing in our earbuds soon.