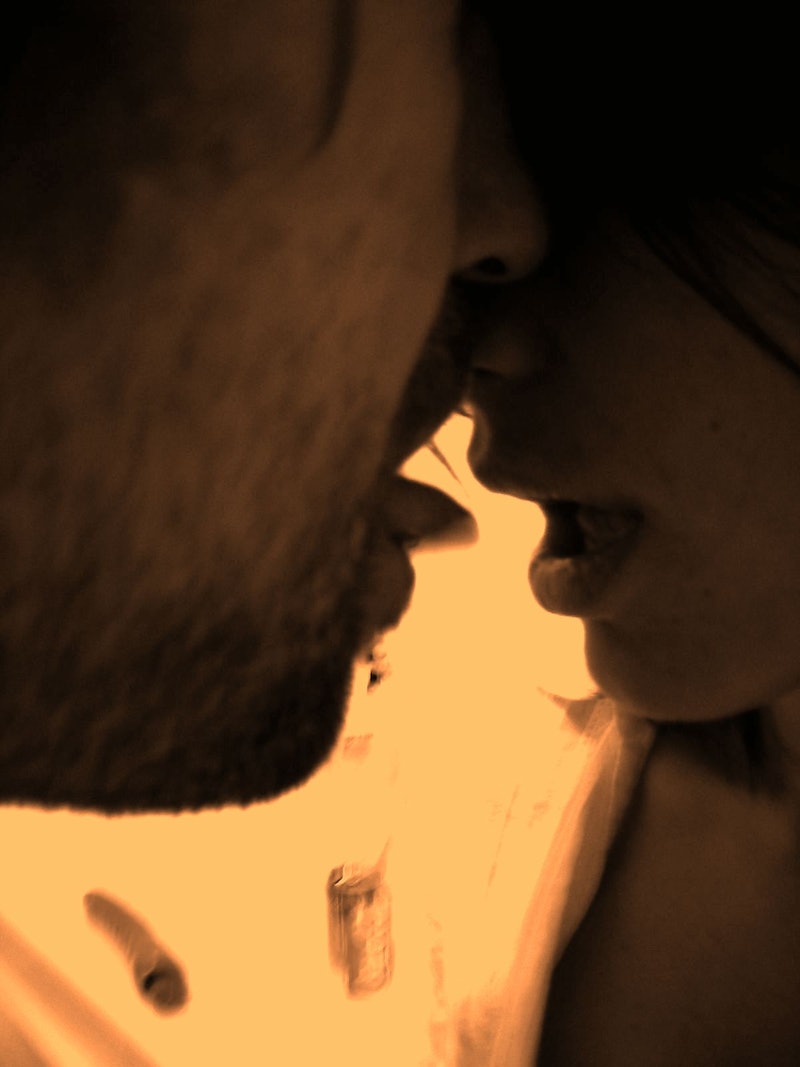 Sex is one of the greatest pleasures of life (second only to food and tied with Netflix), but when you think about it, sex is also gross. There are a lot of bodily fluids being swapped, and all of the important body parts involved look so strange that we aren't even allowed to show them off in public. We've evolved to be turned on by these things rather than repulsed by them, and one kind of has to wonder why.

In fifth grade, my class started to get sex ed classes that went beyond how babies are made. When we learned what oral sex was, a massive cry of "EWWW!" erupted from the room. We thought that the idea of someone wanting our genitals in their mouth was reserved only for the most sexually depraved perverts out there, and that it was definitely something that none of us would ever do. Needless to say, we all changed our minds eventually.

Even though blow jobs eventually became a normal part of sex, it's still hard to deny the concept of licking and sucking on someone's genitals is a bit weird. We pee from there. We bleed from there. Heck, some of us even push babies out of there. But scientifically speaking, it makes sense — researchers from the University of Groningen have discovered that things that would normally gross us out are rated as less disgusting when we're turned on. That's why you're all about that kinky porn video you found until you come, and then you can't believe what you're watching and feel like you need a shower or five.

We might have normalized a lot of things about sex that would have grossed us out when we were 11, but there's still a lot that happens during sexy time that is just straight-up unpleasant. But even though you might think that you and your partner are just especially gross when you're fornicating, chances are, those little mishaps during sex happen to everyone. If you experience any of these "gross" moments during sex, just relax — they're just normal side effects of gettin' it on.

The good thing about queefs is that they don't smell like farts. The bad news about queefs is that they really, really sound like farts. Loud, wet farts. But really, it's kind of a miracle if you're having sex and manage not to queef. You have something pushing air into you, and then that air has to get out somehow. And unlike your butthole, you can't just close up your vagina no matter how many kegels you do every day.

You might think that your post-sex cleanup routine got all that man juice out of you, but you'd be wrong. It's pretty awkward to be hanging out a couple of hours later, no longer even thinking about penises, and realize that things feel a little wetter than normal down below. Or worse, you actually feel it come sliding down you. But that's just the slimy, gooey price you pay for some classic P in V.

He's on top of you in missionary position. He's alternating between gazing into your eyes and passionately kissing your neck. You've never been closer. You can feel his abs on your stomach, his pecs on your breasts, and then, PFFFFFT. It's a fart! It's a queef! No, it's a tummy toot! You know it by the way that pocket of air vibrates right out of the tiny, momentary space between you and your partner. You have worked together to form nature's whoopee cushion, and while it may be kind of embarrassing, it's really just something that happens when two sweaty bodies move together in a certain way.

There's a lot going on down below, so after a long day of existing, it's no surprise that things might smell a little less than fresh. Vaginas in particular are susceptible to having lots of different scents that can be altered by everything from sexual activity to the time of the month to what you had to eat that day. Now, if things are extra ripe between your legs, it might be time to visit the doctor to see if you have an underlying medical condition, but there are perfectly normal levels of human stinkiness. If you're still self-conscious about your scent (or aren't so thrilled about your partner's), a bit of steamy shower foreplay can leave you both fresh and ready for whatever comes next.

I know it's kind of difficult to come to terms with the fact that the gorgeous specimen pushing their genitals into yours could ever expel anything except sparkles and sunshine from their anus, but reality stinks. There's a lot going on in your nether regions during sex, so it's no surprise that in the heat of the moment, even the tightest-clinched sphincters might give way to the effects of the romantic Mexican dinner you and your partner enjoyed just hours before. Giggle about it like the mature adult you are and continue about your sexy business.

Sex is a workout, and with workouts come sweat. Most people expect to get a little sweaty during sex, but some people can turn your bed into a water park with their perspiration. It's particularly bad when a single droplet falls into your mouth as you open your mouth to moan, or when your partner is kissing you way too close to your armpits and all you can focus on is whether or not you put on enough deodorant that day. You might feel a little unclean after exchanging sweat with someone, but in this situation, there are much better bodily fluids you can focus on instead.

They find their way into our mouths, butt cracks, and souls. No matter how hard you try, there's just no avoiding random hairs during sex. It's not exactly sensual to cough up a pube while in the midst of a blow job, but it's all just a part of getting naked with another person with hair.

When I'm in the moment, French kissing is great. But thinking about it afterwards kind of grosses me out. I mean, you're putting your tongue in someone else's mouth. There are probably remnants of their lunch in there nestled between their teeth. And a study in the Netherlands by Microbiome revealed that a ten-second French kiss can cause you and your partner to swap up to 80 million bacteria. Just think of how many millions of those little guys start hanging out on your hoo-ha when someone goes down on you. I know that spit is hardly the most disgusting bodily fluid involved in sex, but just like all the other ones, it's no big deal when you're on the path to an orgasm, but pretty freaking gross after the deed is done.

9. Finding Something Extra On Someone's Genitals

I'm not talking about something that could be potentially cancerous or STI-ish, because that stuff is a big deal and should be checked out by a doctor. I'm talking about when he's going down on you and has to pause because a little scrap of toilet paper somehow managed to get stuck on your inner labia, or when you're giving him a hand job and realize that a piece of fuzz from his boxers got trapped inside his foreskin and he somehow didn't notice. It's honestly a surprise that this stuff doesn't happen more often — genitals are sweaty, moist (sorry), and sometimes hairy places. The only way they could be a more perfect place for tiny stuff to get stuck is if they were magnetic. Remove the foreign object and continue on your merry way to climax.

I am a grown-ass woman who pays rent, buys my own groceries, and occasionally cooks with something other than my microwave, but I still like to pretend that buttholes just stop existing once you're done pooping. I lie to myself when my boyfriend is going down on me, pretending that if my butthole can't see him, he can't see it. But the harsh reality is that if you're in a sexual relationship, your partner's face and genitals are going to be temporary neighbors with your starfish, or even roommates if anal play is involved. If you're into giving rimjobs, then congratulations — your tongue and poop have officially checked in at the same location. But really, as long as you wash yourself thoroughly enough, an anus isn't a hole (get it?) lot more disgusting than any other body part, and it deserves to be treated as an equal.