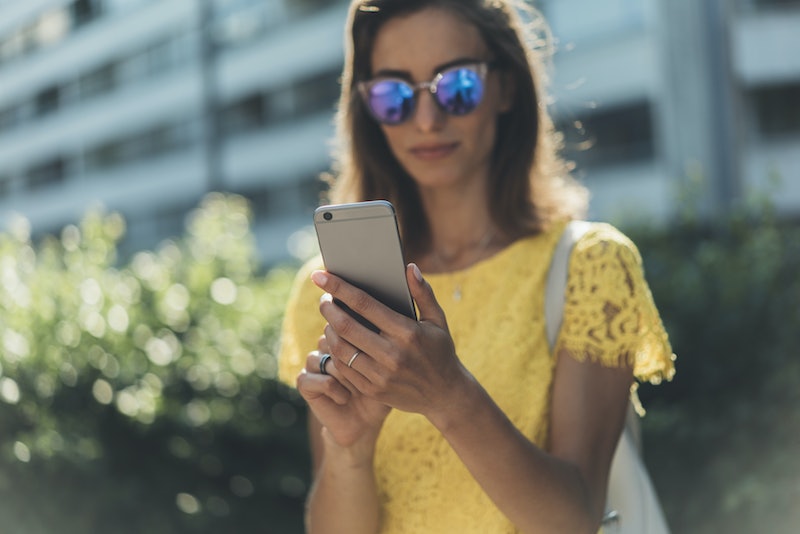 By now, you probably know all about ghosting, whether you’ve done it to someone or have been on the receiving end. The person is literally there one moment, and gone the next. Yik Yak, a location-based social network that’s used on college campuses, found that ghosting is still popular with Millennials. When they asked Millennials if they’ve ghosted on someone, the results were a big, nationwide YES, with 61 percent saying they’ve ghosted on someone.

According to Yik Yak’s findings, it’s most common in Alabama, Louisiana, Tennessee, Texas, and Washington. But in four U.S. states, Alaska, Mississippi, New Hampshire, Vermont, ghosting was less popular, with the majority of those surveyed there being non-ghosters. And in two states, Oregon and South Dakota, results were too closely split to make a definitive call.

But, why do people ghost anyway? I know, it’s the easy way out — especially if all your communication with someone has been via text so far. A survey by POF found that texting is the most common form of communication among Millennials after a first date, and almost 80 percent of singles reported being dumped via the person they’re dating suddenly going MIA, aka ghosting.

“A relationship that was pretty insignificant to a person can take weeks to get over only because of the method of termination, not because the relationship itself was so fantastic and not even because the other person was very appealing,” Dr. Alice Sohn, clinical psychologist, tells Bustle. “But just because people can’t tolerate being left without explanation.”

Of course, the more times you saw the person, the worse the ghosting feels. If only there were a ghosting timeline, right, a ghosting rule like: “You can’t ghost if you’ve gone out more than three times.” If we listen to Yik Yak’s finding’s, maybe the answer is just moving to one of the states where ghosting doesn’t happen as much?

But, like I said before, I think it’s popularity is due to the fact that ghosting is easy.

I am not a fan of it, but I can see why people end up doing it. In the past, maybe you’ve told someone you’re not interested, but then they hound you as to why, or send you hate texts, or plead with you to give them another chance — they were just nervous the last time. But all it boils down to is: You weren’t feeling it. Case closed.

Overall, I think the best way to not ghost on someone is when it happens to you, and then you tell yourself, “I’m never going to do that to someone.”

Plus, how you’re meeting people probably has a lot to do with it, too. For instance, a friend of a friend probably would not ghost on you (or you, them) — you could run into them in the future, which would be awkward, plus you have mutual friends! And some apps, like Tinder and Hinge, tell you mutual friends you and a match have, so the tendency to ghost probably goes down.

Again, your other option is moving to one of those states where ghosting’s not the norm (though I imagine it could eventually catch on there, too).