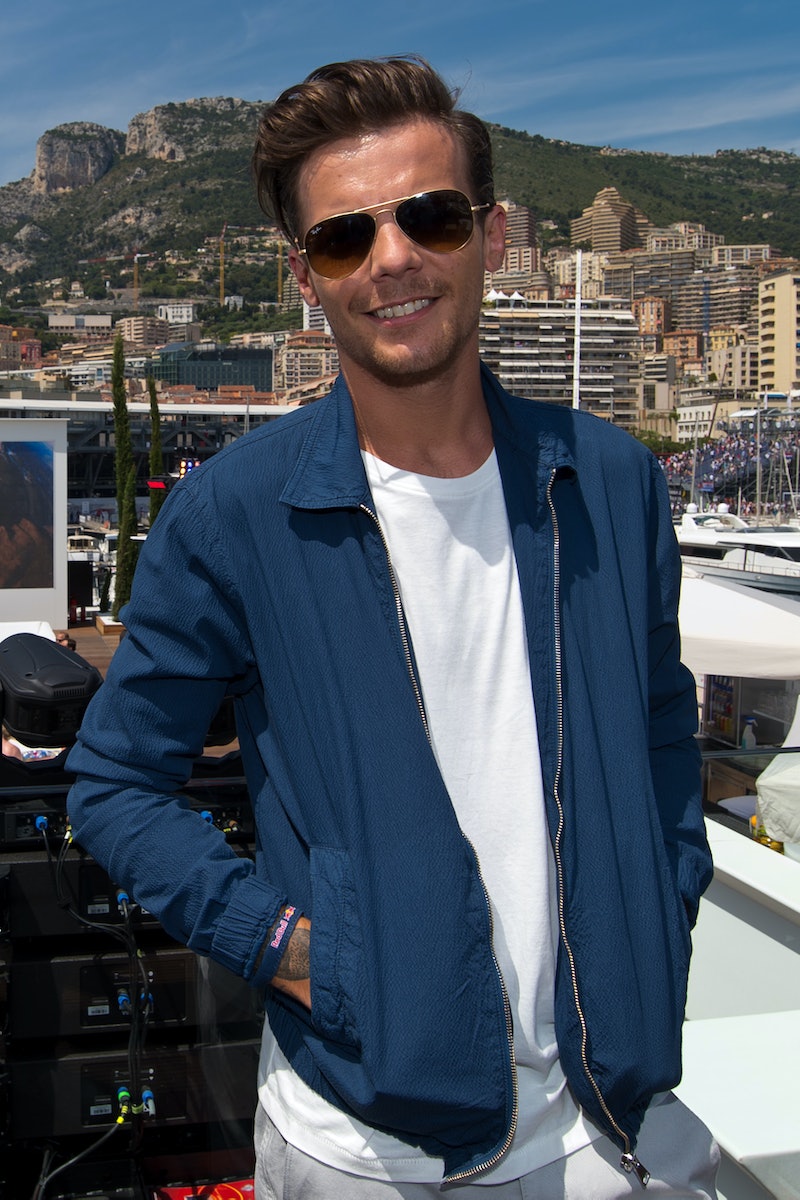 Maybe it's because One Direction has gone in solid five different directions now, but there's something about a huge, looming award show coming up — that would be the MTV Video Music Awards on Sunday — that just makes fans super nostalgic about the good ol' days when the boys would hit up red carpets, collect their awards, and maybe occasionally even twerk in their seats (it's happened). Which is exactly why 1D fans are probably curious to know if Louis Tomlinson will be at the 2016 VMAs at Madison Square Garden in NYC.

In addition to his old bestie and former co-boy band member Zayn Malik is most likely sitting this one out, it appears as if Tomlinson is, too — at least if his most recent tweet is any indication. On Wednesday (Aug. 24), Tomlinson shared that he was back in merry old England, and paparazzi shots and social media posts showed him partying with his 18-year-old sister Lottie and GF Danielle Campbell in London on Thursday night. So while it's conceivable that he could make a pit stop in New York on Sunday before heading back to California (New York is equidistant between both London and L.A.), it's not exactly likely. My thinking is that he'll probably stay in England for at least a week — after all, he has family there and it does take a while to get used to the time difference...

Not to mention the fact that Tomlinson wasn't on the presenters list and (clearly) hasn't released any solo material to have even been considered as a nominee. And if he were in the States, I imagine that he'd want to be on the other coast to be near his son, who lives in California with his mother, after his trip across the pond.

But hey, you never know — and one of the best things about the VMAs are the surprises. So maybe there will be an unexpected Louis Tomlinson appearance after all. Just don't count on it.