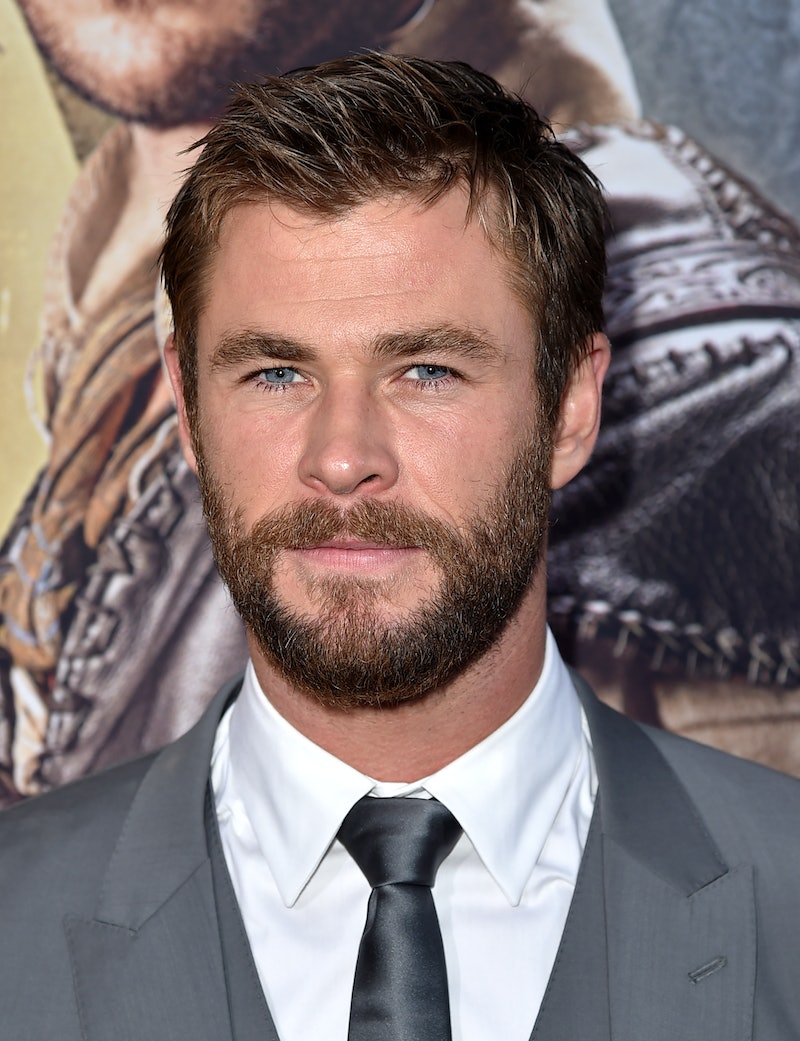 Back in May, a major Marvel movie hit theaters. Captain America: Civil War forced fans to pick sides — Captain America vs. Iron Man. While it was an action-packed flick, a notable figure was absent. Unfortunately, there was no Thor. But luckily for fans, Marvel Studios tweeted a video on Sunday showing what exactly Thor was doing during Captain America: Civil War . The hilarious clip starring Chris Hemsworth probably is not what fans expected, which makes it even better. Prepare to be pleasantly surprised.

Instead of saving the world, Thor was trying his best to live an ordinary life. He was flying under the radar by moving in with a random guy named Darryl. "I guess I'm just taking a break," Hemsworth says as Thor, explaining he needed some "me time." Honestly, can you blame him for craving normalcy?

Spoiler alert: Thor isn't necessarily the best at the whole "normal life" thing. He walks around in his costume and waves his hammer like it's NBD. He certainly stands out in Darryl's office. Another highlight is when Thor tries to write an "electronic letter" to help make amends between Captain America and Iron Man. Isn't that sweet?

Check out the funny video below, which is featured as a bonus on the Captain America: Civil War Digital HD release in early September, according to Deadline.

See what I mean? That clip is perfection. There's even a cameo from Mark Ruffalo as Bruce Banner, aka the Hulk. While Thor: Ragnorak comes out in 2017 (which Hemsworth and Ruffalo both star in), I would actually pay money to see more pretend home videos. Even if they're not full feature films, Marvel should include more gems like these as bonus scenes in the future. Seriously, count me in for #TeamThor.