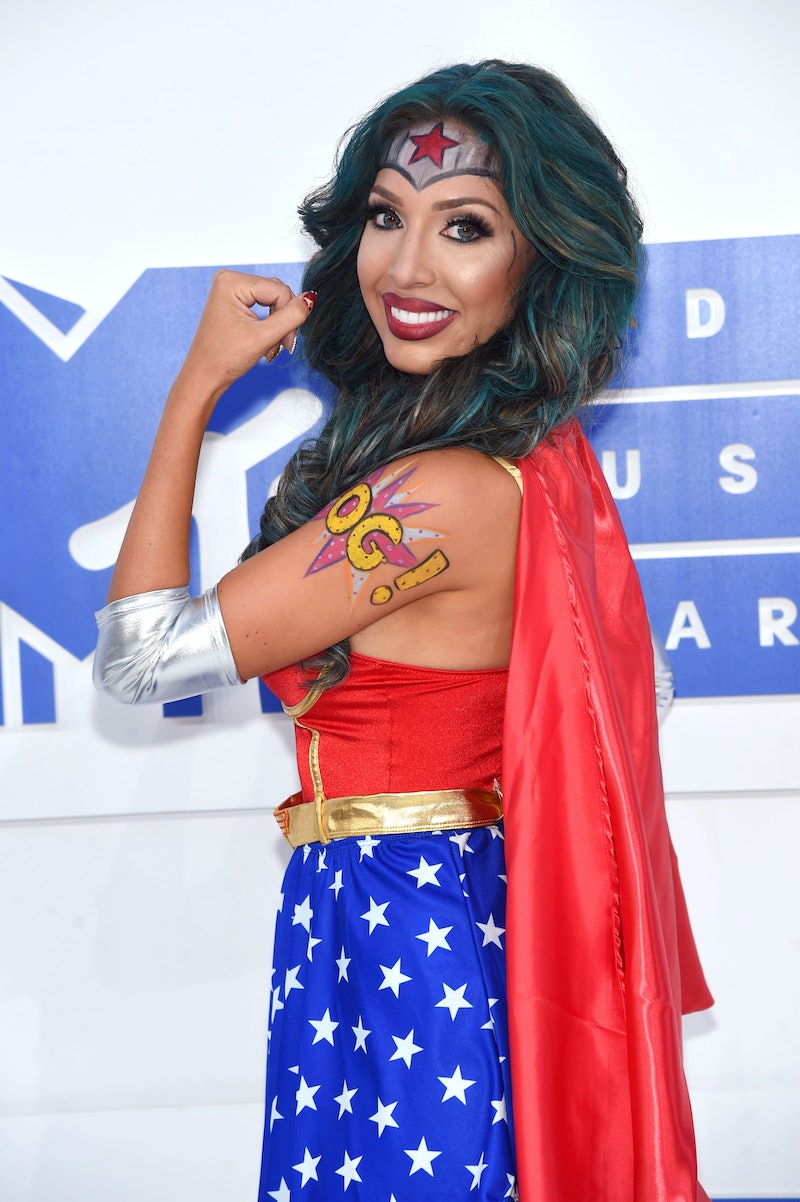 If you had the 2016 MTV VMAs red carpet queued up as you waited for the ceremony itself to start, you might have noticed something a little out of the ordinary. Wonder Woman is at the 2016 VMAs, and she was happy to take pictures with anyone and everyone who wanted a picture. However, I'm not talking about Gal Gadot, who will be portraying Wonder Woman in the upcoming DC film of the same name. I'm talking about Farrah Abraham, who dressed as Wonder Woman on the red carpet, much to my surprise and amusement. The Teen Mom and Teen Mom OG star wasn't decked out in a gown like so many of her other contemporaries, oh no. She decided to draw attention on the red carpet by coming in costume — a costume that she likely actually bought herself rather than the rented glamour suits we usually see celebrities in — and is clearly the person having the most fun at the VMAs already.

Why the Teen Mom star decided to show up to the ceremony dressed as Wonder Woman is anyone's guess. Maybe she decided to take her nail theme to the next level. Maybe she asked her daughter for suggestions and honored her wishes. Maybe she was just bored and figured people were going to ask why she was at the VMAs regardless, so she may as well give them something to talk about. To be honest with you, I don't know want to know why this happened. I just want to enjoy the fact that it happened.

I mean, honestly, it's the VMAs and not the Oscars. Why do we take it so seriously as to wonder why celebrities can't show up in costume? And the nature of reality stars is that they really, really enjoy it when all the attention is on them, so it makes sense that Abraham would do something like this.

Though her Wonder Woman costume couldn't eclipse Lady Gaga and her neon entourage, nor the arrival of Beyoncé with her fluffy-winged dress, it was still an interesting segment of an otherwise routine red carpet. Now excuse me while I order a Robin costume to wear in to work on Monday.