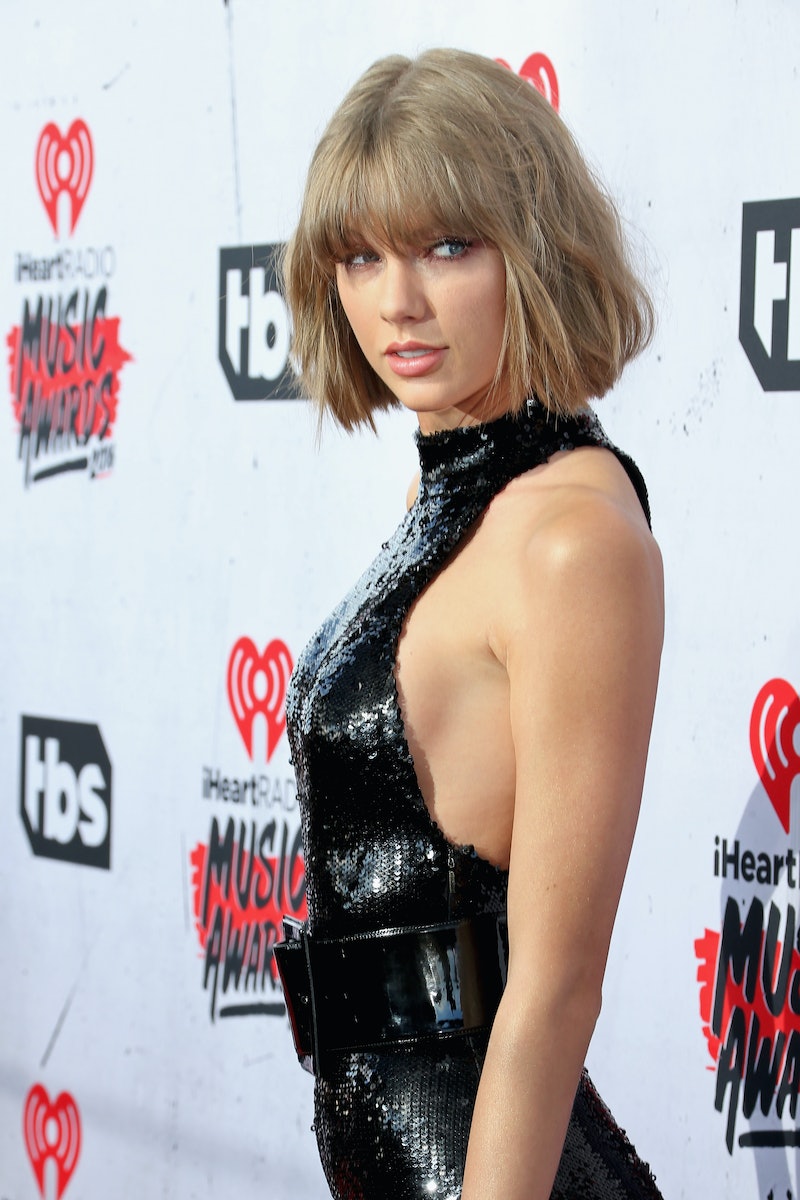 She may be a Grammy Award-winning singer, but that doesn't mean Taylor Swift neglects her civic duties. While she was notably absent from the MTV Video Music Awards on Sunday night, fans may now know the reason why. On Monday morning, photos began surfacing on Twitter of Swift serving jury duty in Nashville. It may be hard to believe, but these pictures seem legit — especially because they were posted by various people. And if that's the case, good for her for being so down-to-earth. She's not above ordinary tasks.

Another hint that these selfies are real (aside from the fact that she's wearing a name tag that says "Taylor Alison Swift") is that Swift was called for jury duty in December 2015, according to USA Today. Unfortunately, she had to defer her time in court for up to a year, because she was busy touring in Australia and posing with kangaroos on the 1989 World Tour. For this reason, it makes sense she finally was called again and decided to serve.

And guess what? It appears as though she may have actually been picked as a juror on the trial. Twitter user @TracysActivism wrote, "Just got picked on same jury panel with Taylor Swift. LOLOL." She then tweeted that they were waiting for the voir dire, or preliminary examination. In the meantime, Swift posed for photos with fans — or in one case, a fan's mom.

According to another one of @TracysActivism's tweets, Swift was "happy to take selfies with us all." And on top of that, she signed autographs for her fellow jurors. This doesn't exactly tie into the whole "being an ordinary person" thing, but it shows she's not stuck-up or unfriendly — and that's even better.

Personally, I haven't had to actually serve jury duty yet, but I've always dreaded when that day will come. Something tells me that Swift and these people's experience definitely is not the norm. You don't always walk into a courthouse and casually see one of the country's top recording artists.

Props to T. Swift for being a generous person. She also disproved the notions that she was hiding from the VMAs to avoid Kanye West or her ex Calvin Harris. She clearly had better things to do — like be in Nashville and fulfill her civic responsibilities.