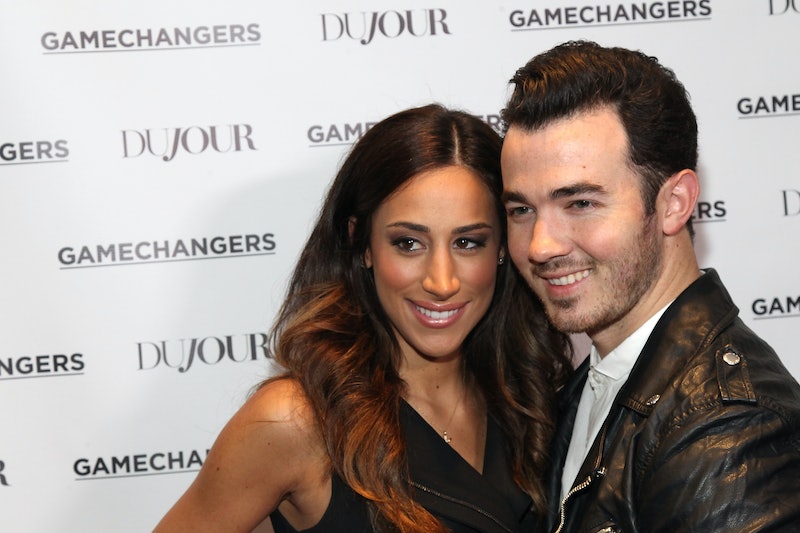 Before 2005, Kevin, Nick, and Joe Jonas were just three unknown brothers from Wyckoff, New Jersey. Then, they started making music and touring the world with other Disney stars like Aly & AJ and The Cheetah Girls. In 2008, they starred in the Disney Channel Original Movie Camp Rock, and the rest was JoBros history. The trio hit it big with a pre-teen and teen audience, and they were thrusted into fame, media attention, and more media attention. It was all fun and games and purity rings until October of 2013, when the beloved boy band called it quits. Since then, the three have gone their separate ways. Joe dated Taylor Swift and Nick continued his acting career, but where, oh where, has Kevin been? No, I mean it. Really. Where is Kevin Jonas now?

To be honest, I haven't thought about Kevin Jonas in quite some time, but ever since I saw Nick and Joe get matching bro tattoos on Sunday, right before the VMAs, I thought to myself, "Wait a second. Wasn't there a third Jonas?" Yes, yes there was. Though he did show support for Joe's band DNCE when they took home the "Best New Artist" award at the VMAs, Kevin was not to be found during the brother bonding prep. Why's that you ask? He's been busy with other things.

Kevin got married to his current wife Danielle Deleasa all the way back in 2009. They had their first daughter together in February 2014, and are expecting baby number two (another girl) sometime this year. So, he's got his hands full on that front. As for Kevin's professional life? He's a full blown entrepreneur and seems to have left his musical career behind. Or at least, put it on pause for now.

According to a recent interview with Forbes,Kevin is the co-CEO of The Blu Market, a marketing company that focuses on expanding a company's social reach. He also has a partnership with the popular website We Heart It, in the form of a video-sharing app. So basically, Kevin's in the start up world now.

So there you go. Kevin Jonas. Family man. Entrepreneur. Living the dream.