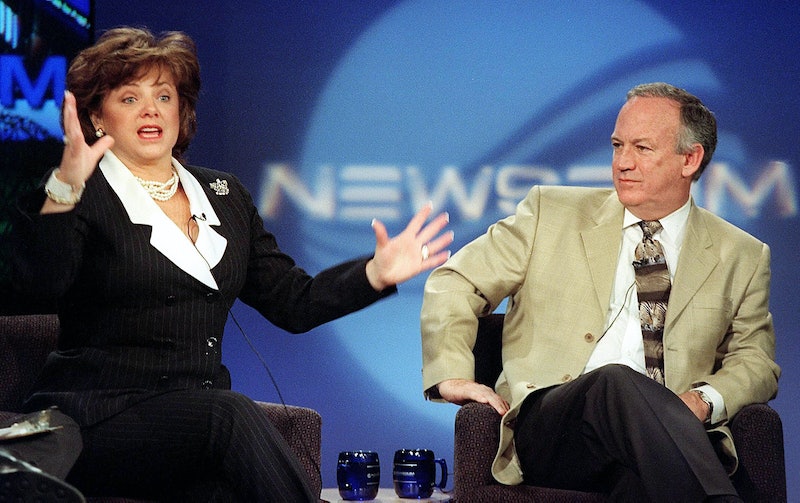 On Monday night, A&E debuted a two-hour documentary on the still unsolved murder of six-year-old Colorado child, JonBenet Ramsey. The Killing Of JonBenet: The Truth Uncovered aired just months before the 20th anniversary of the young girl's death. According to the Denver Post, Ramsey was found dead in her home the day after Christmas in 1996. Her parents, Patsy and John Ramsey, had reported her missing earlier that day after finding a ransom note on their steps. Tabloid press ate up the details surrounding the case, including JonBenet Ramsey's regular performances in child beauty pageants. In the A&E documentary, JonBenet's father John Ramsey gives a new interview about the investigation into his family and how the media's influence on public opinion affected their lives. "We absolutely felt like we were the victim of a lynch mob," John Ramsey said of the experience.

The A&E special paints the picture of a District Attorney's office and a police department at odds about their prime suspects. The lives of the Ramseys were placed under a microscope to ascertain whether any of them had reason to murder the child. According to The Killing Of JonBenet, the Ramseys were indicted by a grand jury, though Colorado DA Alex Hunter declined to press charges for lack of evidence. Neither John or Patsy Ramsey were ever charged in the murder of their daughter. Still, the damage had been done in the press. John Ramsey recalled:

"We had people that came to our door, banging on our door, that claimed they were CBS Entertainment people and they'd been up trying to find Burke [JonBenet's older brother]. It makes me mad. This is not entertainment. This is my child that was murdered. She was a wonderful, innocent child that was murdered. The killer is still out there...We're going back to the Romans throwing Christians to the lions for entertainment. That's where we're at with this kind of crap."

CNN reported in 2008 that Hunter's successor, Boulder District Attorney Mary Lacy, wrote a letter to John Ramsey indicating that DNA evidence had cleared he and his family of the murder. "We believe that justice indicates that the Ramseys be treated only as victims of this very serious crime," Lacy wrote, and apologized directly to the family for the hardship that the suspicion may have caused. Still, Ramsey said in the documentary that the media attacks haven't stopped and that recently, his nine-year-old granddaughter had been confronted by a tabloid cover accusing him of JonBenet's murder. "That’s what i’m fighting," Ramsey said. "I don’t want her to wonder about her grandfather."

Patsy Ramsey passed away in 2006 from ovarian cancer, two years before Lacy wrote the letter affirming her innocence. John Ramsey has since remarried, but he hasn't forgotten the stress and confusion the investigation caused. "Death would have been a relief from the pain and agony I felt," he said.

More like this
Where Is Oscar Torres In 'Only Murders In The Building' Season 2?
By El Hunt
The “Beatrice Six” Were Awarded $28 Million After Their Wrongful Convictions
By Brad Witter
It Took Investigators 23 Years To Correctly Identify Helen Wilson's Real Killer
By Brad Witter
'Line Of Duty's Writer Just Dropped A Bombshell About Steve & Kate
By Catharina Cheung
Get Even More From Bustle — Sign Up For The Newsletter