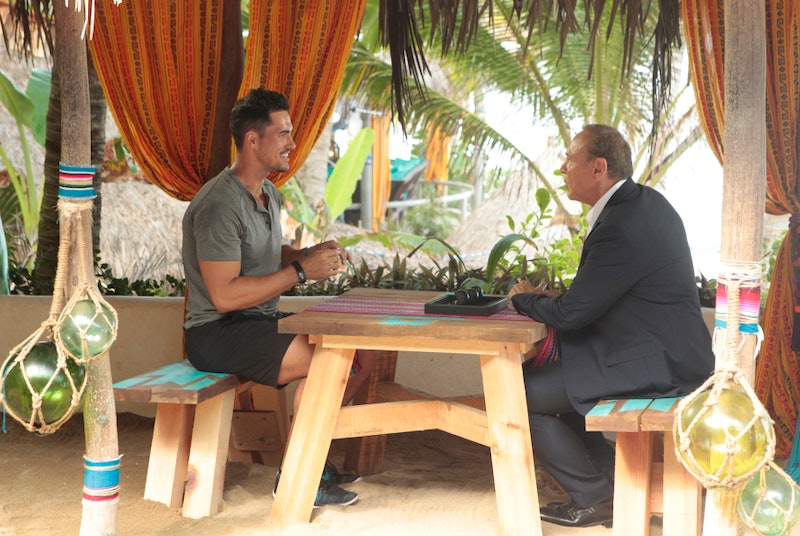 There’s no better way to top off a Bachelor love story than with a very large, very shiny piece of bling, because how will viewers know that cast members are getting engaged unless Neil Lane is there to tell us? It’s been a poorly kept secret that Josh Murray and Amanda Stanton end up together on Bachelor In Paradise 3. They’ve been photographed everywhere, from the Orange County Fair to standing in line at Target (way to be stealth, you guys), which makes sense since they got engaged. But, did Josh pay for Amanda’s ring on Bachelor In Paradise ? Or is her sparkler just on loan?

It’s not known exactly if Neil Lane gifts the rings to ABC in exchange for promoting his own name or if ABC foots the bill for the diamonds, but you can bet your bottom dollar that Josh (and any of the other Bachelor In Paradise 3 guys who will propose on the finale) aren’t putting any cash, pesos or dollars, toward that diamond. Who could afford it, anyway? A lot of the Bachelor Nation men have good jobs, don’t get me wrong, but there are few people out there who can very easily afford a $75,000 ring for a television engagement. There aren’t enough hair vitamins in the world to shill for that.

Of course, the men on Bachelor In Paradise don’t have to take the Neil Lane ring — when Aaron Buerge proposed to Helene Eksterowicz on his season of The Bachelor, he did it with a Harry Winston ring that he chose on his own, according to Philly.com. That’s probably a good thing, because according to Radar Online, contestants have to stay together for at least a little while to keep a Neil Lane bauble. ABC had no comment on the matter, but according to the outlet, the Bachelor Nation contract allegedly stipulates that if a couple breaks up before the two-year mark, ABC gets the ring back. If they break up after two years, they can allegedly auction off the ring (because you know I’m putting that ish on eBay), but ABC allegedly gets the option to buy it back. At least if you buy your own ring, you can decide as a couple what to do with it instead of handing it right back over to the network.

From my very powerful deductive reasoning and studying the Bachelor In Paradise hands as they hold up the rings, it looks like Josh picked a beautiful ring with which to ask Amanda for her hand in marriage. And, since saying yes, US Weekly has reported that Josh has moved into the Irvine, California, apartment that Amanda shares with daughters Kinsley and Charlie, so it sounds like things are moving along quite nicely. Will Josh and Amanda be the next Tanner and Jade? Besides a big diamond, I see some Instagram advertisements, a television wedding, and plenty of Bachelor In Paradise success story check-ins in their future.