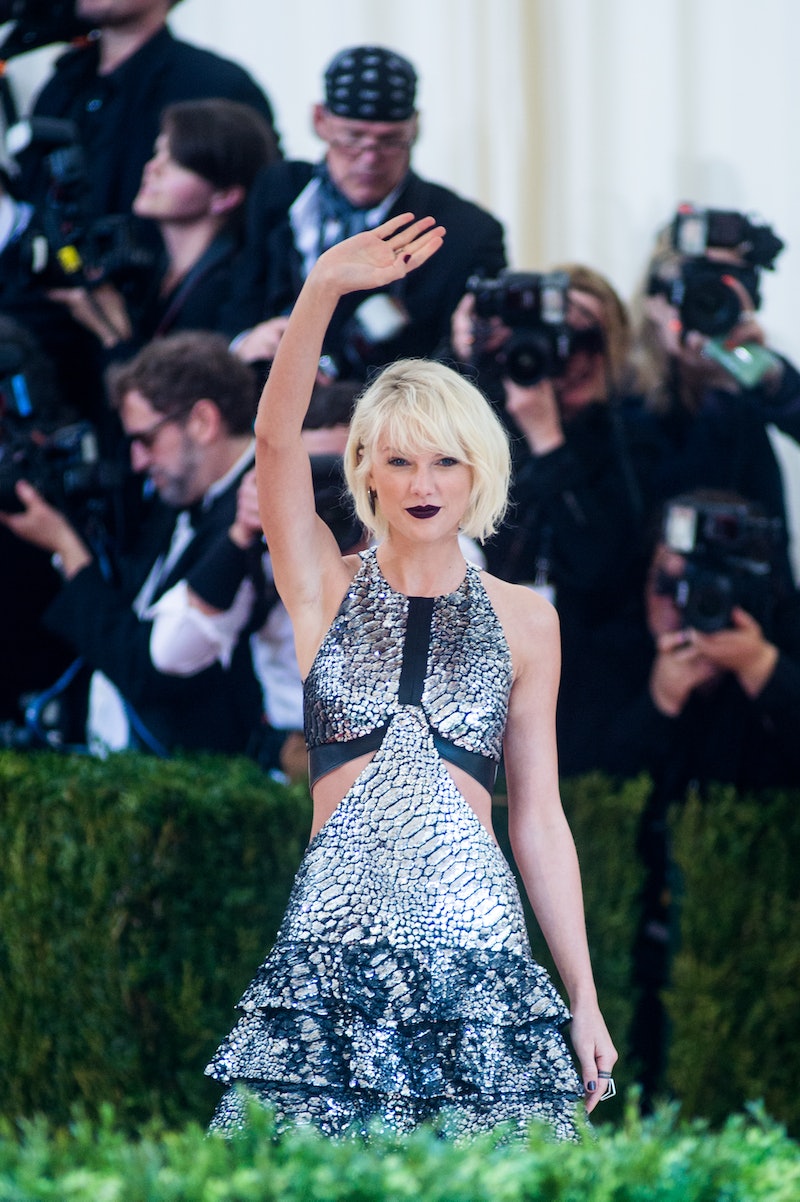 Bummer news, Hiddleswift shippers: On Tuesday, Us Weekly reported that Taylor Swift and Tom Hiddleston broke up. (Bustle has reached out to both Hiddleston and Swift's reps for comment, but did not receive an immediate response from Swift’s people. Hiddleston’s reps have stated that they do not comment on his private life.) Yes, much like summertime, the pop star and the actor’s relationship reportedly drew to a close around Labor Day. So when did Hiddleston and Swift start dating, exactly? I don’t have the date (I don't know the exact moment their courtship officially commenced; I'm no Hiddleswift insider), but their whirlwind romance began sometime around the beginning of the summer.

Now, I realize that was a fairly vague answer, so let's try to pin down something more specific. To the timeline we go: On May 2, Hiddleston and Swift were filmed dancing to T.I.’s “Bring ‘Em Out” at the Met Gala, causing fans to flip out despite the fact that Swift was dating Calvin Harris at the time. The video that captured the hearts of the pop culture-loving public apparently also captured the first time the pair hung out. Some weeks after the Met Gala dance, Swift and then-boyfriend Harris announced that they broke up. On June 15, just a few weeks after Swift and Harris decided to split, The Sun released the now-infamous Rhode Island Beach Photo Shoot Of 2k16, featuring photos of Swift and Hiddleston kissing and hanging out in a romantic setting, sending the internet into a frenzy. Parents were met, important T-shirts were worn, etcetera.

Not too much else has been heard from then since, but alas, as summer winds down, so does Hiddleswift: On Sept. 6, Us Weekly reported that “multiple sources” confirmed that after three months of dating, Swift and Hiddleston have gone their separate ways.