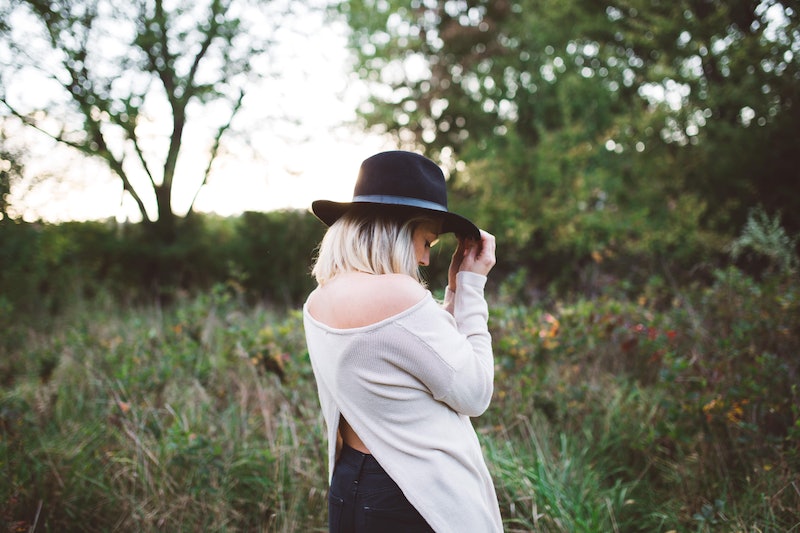 For the people out there who are under the impression that sexism died a long time ago: We have a huge bank of evidence to prove you wrong. Women in the United States in 2015 were being paid 79 cents to every dollar men earned, on average (and when you get into specifics, women of color make even less than white women for each dollar a white man earns). There are regularly cases where women report being mistreated in the health care system, their symptoms often ignored or written off as nothing more than silly complaints, while men are heard out from start to finish. Women are still disproportionately under-represented in most areas of society, especially in Congress and the business world (only 4.4 percent of Fortune 500 companies have a female CEO).

Those are just a few examples, though; there are also many other subtle ways women are discriminated against on a daily basis. We're asked all kinds of ridiculous questions about our physical appearance and our reproductive organs. People comment on what we wear and make suggestions about what we can change to look better. To make it all the more annoying, we never hear men being asked the same stuff. Meanwhile, a lot of this so-called advice women are given crosses the line and becomes pretty damn creepy. There's no need for you to comment on how much makeup we're wearing or how much we smile. Those are things we can figure out all on our own, thanks very much.

Here are seven creepy things people say to women that they just don't say to men.

Good luck trying to find a woman who has never heard this from somebody at some point in her life. People are always trying to get us to perk up and smile more, because that's the one thing that will instantly make us appear more compliant and docile. Heaven forbid we have a serious look on our face because we're, you know, trying to get something serious done, or just aren't in a smiling mood. Men never get told to slap a grin on their face.

For example, never have we heard a presidential candidate be told that they should smile more when they're making an important speech about the state of our country. That is, until we saw Hillary Clinton take the stage for her Democratic National Convention acceptance speech. People bombarded Twitter insisting that Clinton — the first woman to ever be nominated by a major party for President — smile, of all things. The same thing happened when she appeared on TV as part of a forum on the presidential candidates' stances on national security. Something tells me nobody has ever tweeted the same suggestion about Donald Trump.

2. "Is that your natural hair color?"

Admit it, guys: Most of the time, when you ask this question, you are actually asking to know the color of our pubic hair. You may think you're flirting, but you're doing nothing more than being a creep — and there's nothing cute, charming, or attractive about it.

Men almost never get interrogated about their hairstyle, but because society places so much value on the way we look, we're persistently being policed about our physical appearance. As a result, most of the compliments or comments we hear are about our bodies, which can lead women to become obsessed with our looks, as well as what the women around us look like. We could do the upcoming generation so much better if we didn't constantly ask the young women what the color of their hair really is. Because why does it matter at all anyway?

Women get called nicknames like "sweetheart," "honey," and "darling" all the time by people they don't know. When was the last time you heard a guy automatically being called something similar, though? If they're not called by their name or a personal nickname, they're often not given any name at all. All these sugarcoated terms that are meant to be endearing are actually condescending and they reduce grown-ass women to young girls who need to be babied.

If you don't know a woman's name, ask her what it is so that the need to call her a pet name goes out the window. Regardless of how you meant for it to sound, calling a woman you don't know "sweetheart" can make her feel objectified.

4. "How tall are you without those shoes on?"

Here we are again, back to the obsession with women's physical appearance. It all starts when we're little kids. Boys get asked what they want to be when they grow up, while girls are told the curls in their hair are pretty. Fast forward 20 years, and a woman's appearance is still being weirdly judged by complete strangers — and it's done with the same level of normalcy as if they were being asked what line of work they're in.

While a man would easily be infuriated if a stranger walked up and demanded to know how tall they are without their boots on, it's commonplace for a woman to be asked what her real height, as if the specifics of her physical stature make her worthy of our time (or that she doesn't have a right to not share every single fact about her life with every single person who asks).

Why would anyone want to closely inspect how another person eats? It's a gross thing to behold. Our society generally couldn't give a crap about how well a man can eat, but it's a call for attention when a woman is seen enjoying what's on her plate. That's because we have put a tremendous amount of pressure on women to eat small amounts of food in order to stay thin. It's no wonder 20 million American women suffer from an eating disorder of some kind — people have been policing our eating habits since we were kids.

6. "You should consider wearing some more makeup."

It never matters what a man's face or skin looks like when he goes to work — he's primarily judged by his performance, rather than his looks. If only the same were true for women. People are incessantly assessing our face, telling us to smile more or invest in an eye shadow palette. And in a 2013 survey, more than half of bosses surveyed said they would be hesitant to promote a woman who never wore makeup. The way we do our makeup (if we choose to do it at all) is entirely up to us, and we shouldn't have to cop any weirdly overbearing remarks — or out-and-out bias — from other people about it.

7. "It's hard to pay attention when you're wearing that skirt."

One second we're expected to dress up and look sexy, but the next we're being told that our bodies are a distraction to the real work happening in the world. Girls start hearing this at a young age, when the school dress code is set in a certain way so that boys "can concentrate" properly on their schooling. It sets them up to believe that boys naturally prey on girls, which is a dangerous and frightening way to think about the world.

Women of all ages should never be considered a "distraction" simply because they're in the same room as men, wearing certain clothes. Even joking about a skirt or a dress being a amusing diversion isn't cool. Keep your eyes — and your creepy comments — to yourself.

More like this
Sandra Bullock, Girlboss Extraordinaire
By Matt Harkins & Viviana Olen
8 Creepy Things You Probably Did In The '90s
By Julie Sprankles
The Case For A Hard Launch Summer
By Morgan Sullivan
The 'Hocus Pocus' Sequel Finally Has A Release Date & It Makes Total Sense
By Shannon Barbour and Radhika Menon
Get Even More From Bustle — Sign Up For The Newsletter