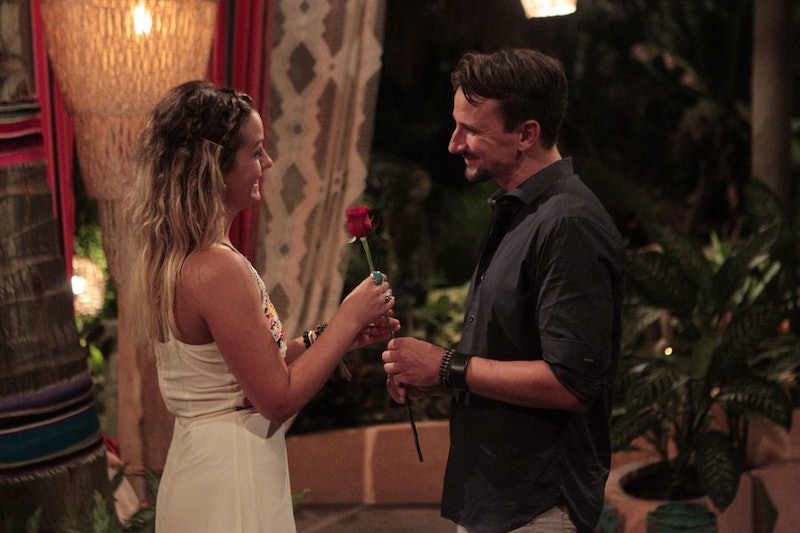 One of the most unlikely love stories to come out of Season 3 of Bachelor In Paradise has to be Carly and Evan. These two started off on some seriously rocky ground. Evan was always all about Carly from day one. He was obviously enamored with her, but she quickly cooled on him once they had their first kiss. Carly had a lot to say about her lack of feelings for Evan in the beginning but things definitely turned around in the end for these two. Now, Evan and Carly are moving in together.

During their appearance on After Paradise, the newly engaged couple said that Carly had basically already started moving her things into Evan's place without his knowledge, but it looks like they are officially moving into his place in Nashville by December. This is big news considering Evan isn't just some single dude; he has kids. Obviously, Carly has their approval too if she is moving into his home. Honestly, after the whole Kirk debacle that I am still not completely recovered from, it's so nice to see Carly has found someone who can appreciate her particular brand of quirky-mixed-with-awesome. Evan is seriously her perfect match.

These two are absolutely my favorite couple to come out of Bachelor In Paradise this season, and I truly never saw it coming. Hopefully we get to see another Jade and Tanner relationship out of this pair and maybe a televised wedding, too? I can dream, can't I?