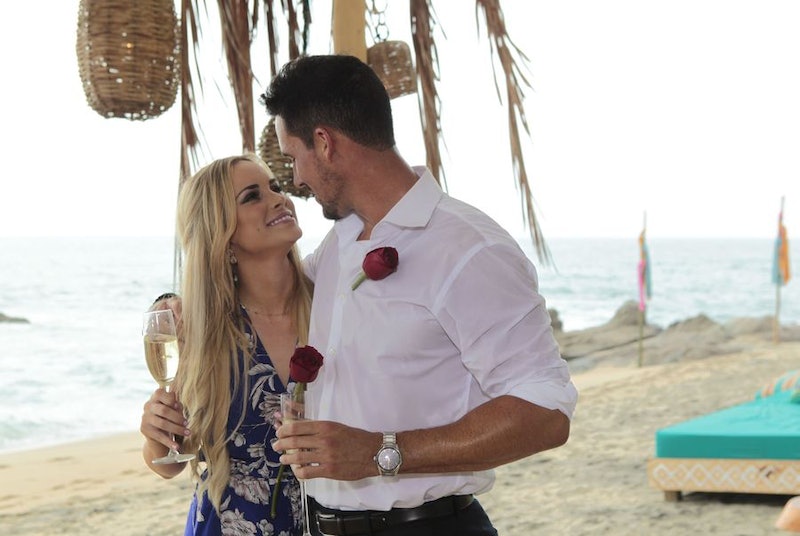 Another season of Bachelor In Paradise has ended and another batch of romantic hopefuls have left the island with rings on their fingers. Amanda and Josh were one of those couples who fans saw getting engaged from a mile away. They confirmed viewers' suspicions pretty early on when they refused to stay hidden while the show aired and were spotted out together quite a bit. Amanda was quick to change lanes from Nick to Josh, and the two of them had been inseparable ever since. Sure, they had their tumultuous moments, but they really seem like they have formed a pretty rock solid bond. So, will Amanda and Josh have kids together after Bachelor in Paradise?

In an interview with Glamour, Amanda said that she and Josh definitely want to expand their family soon. When asked about whether the pair had discussed having children together in the future, Amanda told the magazine, “It’s something we’ve talked so much about. I can tell how bad he wants a family, and he’s wanted a family since he was 21 years old."

Of course, Amanda already has two adorable daughters that Josh has clearly fallen in love with, so it is obvious that he is very comfortable playing the role of a dad. She went on to tell Glamour, "I mean, he kind of has a built-in family with me, but it’s something that he’s so excited about and I know he’s wanted for a long time, which makes me happy because that’s what I’m looking for."

One look at that photo, and it's clear that these two have a seriously adorable connection. I hope they get to add some more beautiful babes to their family in the near future.