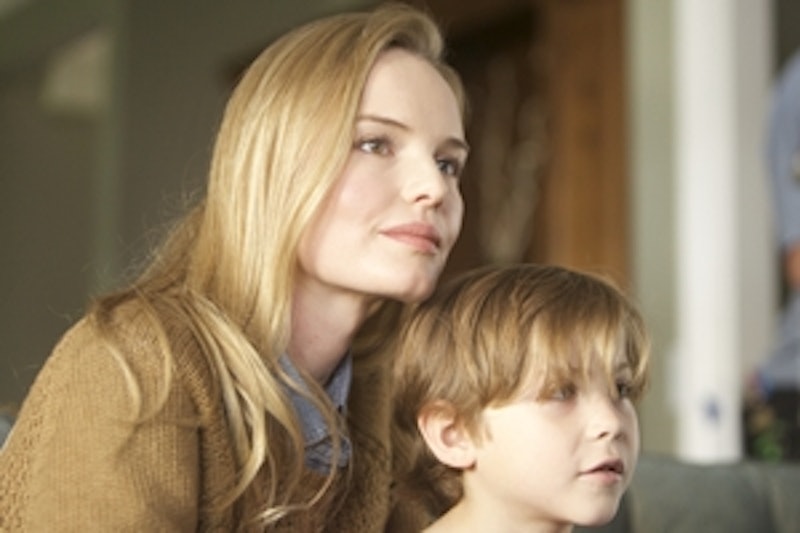 Before I Wake just might be the most inventive horror film of the year. Now that's quite a statement, given that this year has seen such twists as a blind antagonist in Don't Breathe, a potboiler/unexpected spinoff in 10 Cloverfield Lane, and a terrifying Colonial fairy tale in The Witch. But Before I Wake's plot of an innocent child (Room's Jacob Tremblay) whose dreams come to life, sometimes with disastrous consequences, is truly unlike anything fans of the genre have seen before. But will Before I Wake get a sequel? It's hard to tell just yet.

At this point, it's not even clear if fans will get to see the movie at all, let alone a sequel. The film has had a pretty difficult road to distribution, and it's still not over. Writer/director Mike Flanagan first wrote the film with co-writer Jeff Howard way back in 2009, when it was titled Somnia. In 2013, Somnia went into production with Intrepid Pictures, and the following year, Relativity Media picked up the distribution rights. The film was originally set to be released in May of 2015, but was then pushed back by the studio to Sept. 25, according to Bloody Disgusting. Relativity then went through bankruptcy and pulled the film from its schedule, and after reemerging, the studio set a new premiere date: April 8, 2016, according to Deadline's Erik Pedersen. Relativity then pushed it back yet again, to the familiar date of Sept. 9. Then, just a few weeks before release, Relativity pulled the movie from its schedule indefinitely, according to Bloody Disgusting.

The delay has definitely been a bummer for fans of horror films, and of star Jacob Tremblay, but there is a light at the end of the tunnel. While fans wait for Before I Wake to hit theaters, Tremblay is set to appear in a somewhat similar horror film: Shut In. The film stars Naomi Watts as Mary Portman, a depressed child psychologist who lives alone in rural New England and cares for her teenage son, who's in a vegetative state. She then takes a liking to a young orphaned patient of hers named Tom (Tremblay), who goes to live with her. Everything is great at first, but then Tom disappears during a violent winter storm and is presumed dead. That's when strange, supernatural things, seemingly caused by Tom, start happening around Mary's house, to the point where she can't tell what's real and what's a nightmare. Jacob Tremblay in a scary suspenseful film with nightmare themes? Sounds like something that should definitely appeal to fans of Before I Wake.

The idea of a sequel for Before I Wake doesn't seem very likely at this point, but fans of horror and Jacob Tremblay could be treated to a type of spiritual sequel when Shut In hits theaters on Nov. 11.