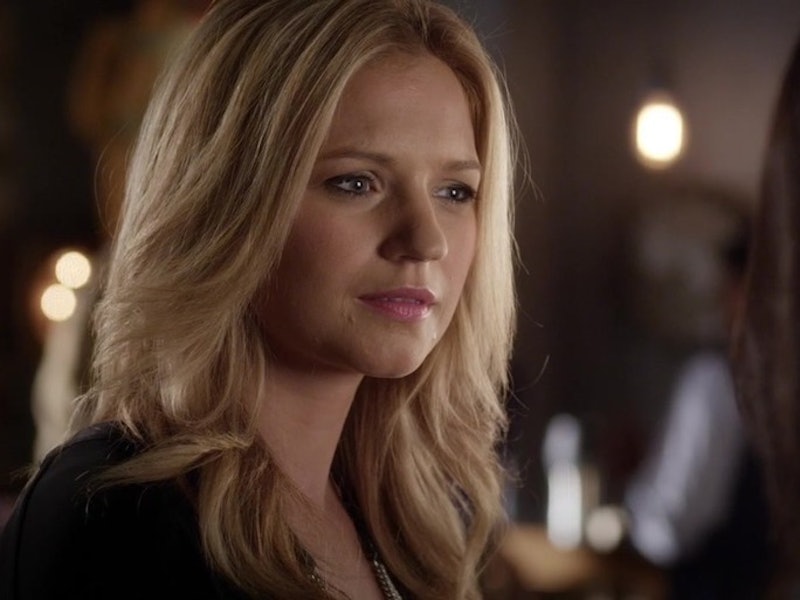 Now that we know that Spencer is potentially Mary Drake's daughter on Pretty Little Liars , fans are more desperate than ever to get to the bottom of this complex Drake-DiLaurentis-Hastings family tree and finally uncover the truth behind all the lies. But in order to do that, we first need to figure out as many details as we can, starting with who exactly knew about Spencer's biological lineage. There's a good chance Mr. and Mrs. Hastings were aware of the arrangement as well as Mary Drake herself, but did Charlotte know Spencer was her sister or is it possible this was one secret that even the all-knowing A didn't discover? I'm willing to bet that she was very much aware of their shared DNA.

For starters, I get the distinct impression that, prior to her death, Charlotte and Mary Drake may have become very close, despite Mary's claim that she and her daughter never had the chance to meet. (It certainly wouldn't be the first lie spoken in Rosewood.) So even if Charlotte didn't somehow already know about her relation to Spencer, I have a feeling Mary would've definitely filled her in on the details as their possible relationship progressed. However, I think that Charlotte at the very least had a sense that she was somehow connected to Spencer in some bigger way back when she was holding them prisoner in that creepy dollhouse bunker. And that theory has everything to do with this moment...

If you recall, Spencer and Charlotte shared a very interesting moment together when she came up behind Spencer, who was watching an old family video reel of the DiLaurentis children at the Campbell Farm. Charlotte could've easily attacked or harmed Spencer in some way, but she didn't. It almost felt like she was being drawn to Spencer in the scene — like she'd been waiting for this meeting for quite some time.

But even if you didn't pick up on that familial tension between the two of them, Spencer sure seemed to. In fact, during the Season 6 premiere, Spencer told the other Liars that there was something was very familiar about A that she felt when they were alone together, like the feeling you would get about a cousin who you were close to, but haven't seen in years. Right there, in that moment, she felt their connection, even if she didn't exactly know what it was at the time. But odds are Charlotte did and that's why she specifically approached Spencer in the dollhouse prior to their escape.

A had a knack for knowing things before anyone else did, so to think that she didn't know everything there was to know about Spencer seems highly unlikely if not downright preposterous. Charlotte was always 10 steps ahead of everyone else on the show. What makes us think that would change even in death?

More like this
The 'This Is Us' Finale Featured An Adorable Season 1 Jack & Rebecca Easter Egg
By Grace Wehniainen
Britney Spears Met The Weeknd & Sam Levinson, So She May Actually Be On 'The Idol'
By Jake Viswanath
'Obi-Wan Kenobi' Takes Place After This Key Star Wars Movie
By Arya Roshanian
Twitter Is In Tears After *That* Jack & Randall Parallel On 'This Is Us'
By Grace Wehniainen
Get Even More From Bustle — Sign Up For The Newsletter