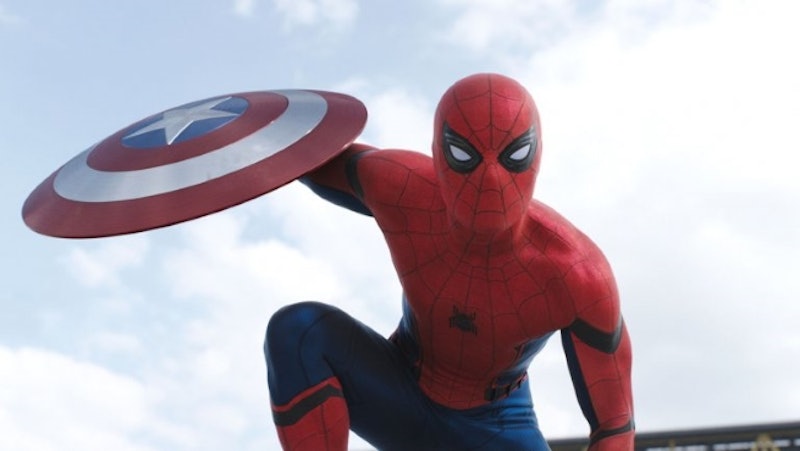 Many considered this summer to be a subpar one for the movie industry. A number of would-be blockbusters either underperformed, were torn apart by critics, or in many cases succumbed to both of these fates. But one notable high point was the film that kicked off the season: Captain America: Civil War. The movie had the highest opening weekend of the year so far with $179 million; has grossed more money than any other movie in 2016 with a worldwide haul of $1.15 billion; and boasts one of the top Rotten Tomatoes scores of the year with a 90 percent rating. So obviously, fans want to watch the movie again. But is Captain America: Civil War on iTunes?

If you've been waiting for the moment to rewatch this gem, your wait is over. Civil War is indeed available for purchase on iTunes. The movie, in all its HD glory, can be downloaded for $19.99 as of this writing. This includes special features like a behind-the-scenes look at the making of the film, deleted scenes, a gag reel, a special highlighting the MCU's road to Civil War, audio commentary, and a new sneak peek at Marvel's next film, Doctor Strange . If you're not interested in the extras, or high definition, then you can buy a no-frills version of the film in standard definition on Sept. 13 for $14.99.

Now, if you're looking to rent the movie, then you may have to wait a bit longer. Films generally are exclusively available for purchase for a few weeks before being available to rent, and Civil War appears to be no different. The film hit iTunes on Sept. 2, and with the Blu-ray and On-Demand releases not coming until Sept. 13, the film definitely won't be available to rent on iTunes before that time. However, the wait probably won't be too long. Fellow recent Disney release The Jungle Book was available to purchase in HD on iTunes on August 23. That film's other releases hit shelves on Aug. 30, and as of Sept. 7, the movie is already available to rent on iTunes.

So Captain America: Civil War can be purchased on iTunes right now, and probably within another couple of weeks, you'll be able to rent the movie from the site, too. But let's be honest... you're gonna wanna buy it.