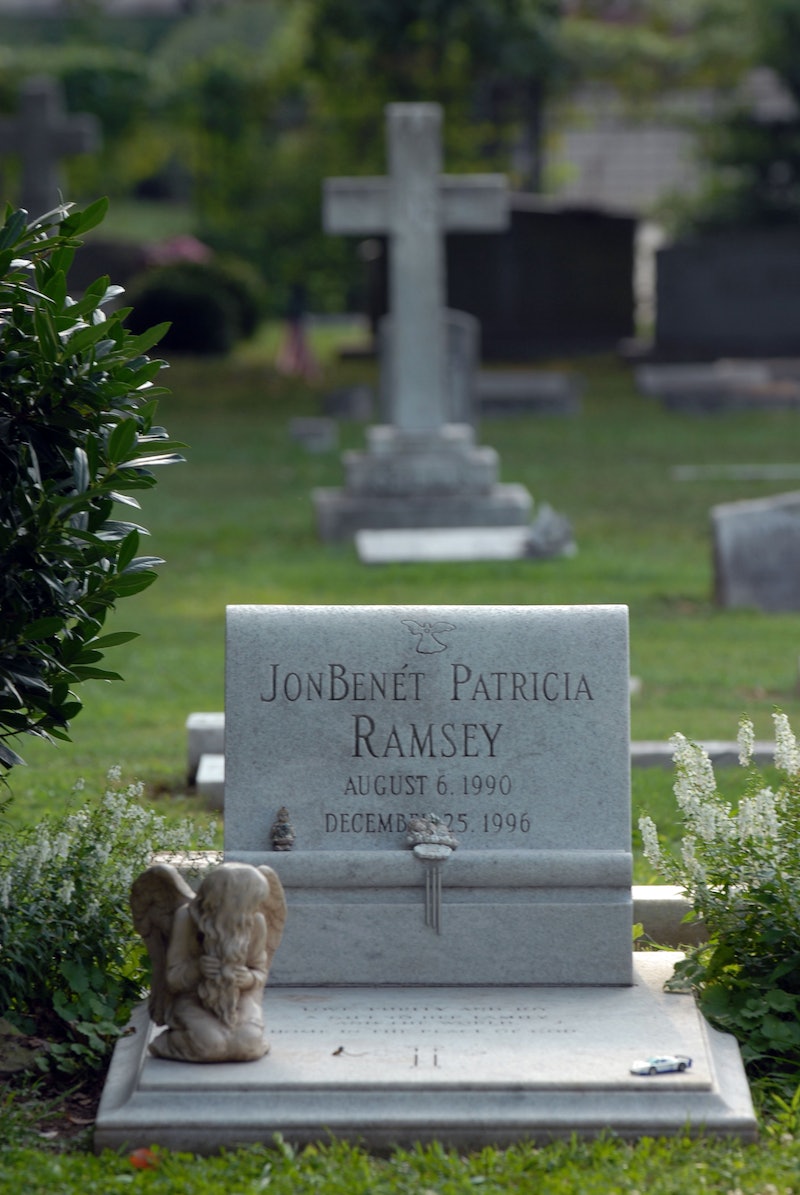 New TV documentary specials looking back on the murder and investigation of JonBenét Ramsey are set to hit the airwaves as we get closer to the 20th anniversary of her death in December. One of those premiering this month is Dateline NBC: Who Killed JonBen é t? , which airs on Friday, Sept. 9 at 9 p.m. ET. But if you're not able to stay home (it's Friday night, I get it) to watch what is sure to be an intriguing two hours analyzing new information about the case, as well as taking note of what we still don't know about what really happened, you may be wondering if the JonBenét Dateline special will be on Netflix in the future.

Neither NBC nor Netflix have announced plans to make the special available to view on the streaming platform after its initial broadcast on network TV on Friday. And unfortunately, the odds don't look good that Dateline NBC: Who Killed JonBenét? will end up on Netflix. That's because none of Dateline's episodes are currently available to watch on Netflix. In fact, it's challenging to stream Dateline through any subscription service. Basically, only episodes of Dateline: Mystery are available for purchase through iTunes or Amazon Video.

However, you should be able to stream Dateline 's JonBenét special through NBC's website, and without a cable subscriber log-in to boot. It looks like the episode will most likely only be available for a limited amount of time after it airs on the network, so you're going to want to watch it sooner rather than later.

But if you are hankering for something similar to Dateline's JonBenét special on Netflix, you'll find many other true crime documentaries that tell a similar tragic tale. This is the streaming platform that gave us Making a Murderer, after all.

The Hunt with John Walsh is one such true crime docuseries where the titular host tracks down those who are allegedly wanted for murder, child abuse, and fraud. Forensic Files also examines mysterious murder cases. You can go deeper into criminal investigations by watching the best of The F.B.I. Files.

If you're looking for something a bit more substantial for one sitting, there are also several true crime documentaries on Netflix that chronicle complex investigations involving children. One is Who Took Johnny, which details the disappearance of a boy named Johnny Gosch in 1982 and his mother's fight to find out what really happened to him. Real Crime: Hannah's Killer follows a mom and dad's quest to find the person who murdered their daughter.

Of course, if you miss Dateline NBC: Who Killed JonBenét? and don't feel like logging into Netflix, you can always wait to tune in to one of the many upcoming TV specials about the case. Investigation Discovery, CBS, and Lifetime all have new programming about JonBenét's murder and investigation in store for this fall, in addition to the Dateline special and the special on A&E that aired on Labor Day.

I have a feeling those won't be the last time this famous case makes it to TV, either.