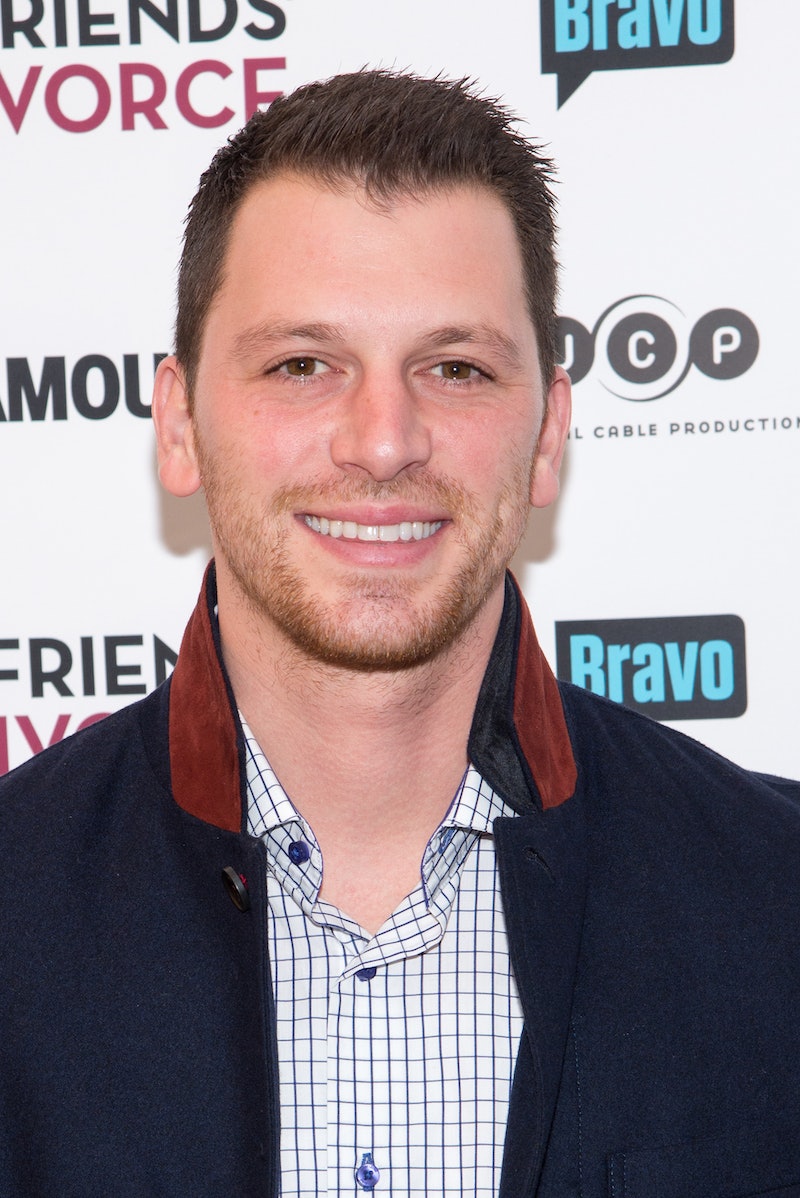 I watch Manzo’d With Children because the Manzo family reminds me a lot of my own family — big, Italian, loud, and loving. I would be a liar, though, if I said I didn’t tune in because of Albie Manzo, too. The eldest Manzo sibling has been adorable since the first days that he was on Real Housewives Of New Jersey, and what can I say? I recognize good looks when I see them. Now that Manzo’d With Children airing its third season, is Albie Manzo single? I have to know if I still have a chance, you know?

Longtime viewers of Manzo’d With Children watched Albie get his heart broken in Season 2. He had a girlfriend at the time, Brittany, but she just did not get along with his family. Caroline and Lauren didn’t really even take the time to get to know Brittany, and when Brittany was invited to Lauren’s bridal shower, things did not go well. Jacqueline Laurita took it as an opportunity to interrogate Brittany and tell her exactly what she thought of her. Their relationship didn’t really stand a chance (you can’t go against Caroline Manzo, you just can’t), and Albie broke up with Brittany pretty soon after that. I know he did the dumping, but he was definitely hurt by the breakup. It’s always hard to split up.

Judging by his social media accounts, Albie is, for all intents and purposes, single. He’s spending a lot of time working out (he’s a big fan of something called Core Rhythm Fitness, which he credits for his recently svelte physique), and that is a great way to get over someone. It’s a lot better than sitting on the couch and eating ice cream, anyway.

Albie is also spending a ton of time with his family, which, as a Manzo, is to be expected, and promoting the show and his assorted businesses. Seems to me like he just doesn’t have time for a girlfriend right now. He has too much going on in his life to maker her a priority.

I can see where Caroline and fam thought that Brittany was just dating Albie for his public persona, but it had to be so hard on Albie to constantly fight with his family about his significant other. When you date one Manzo, you date every Manzo, and there’s really no escaping that. Whoever he dates is going to have to be okay with Sunday dinners, big holidays, and all of the Manzo family jumping into her business.

Until Albie finds that girl, it’s best he just stays single. After all, he’s young, hot, and successful, and he has to make that Bravo money while he can. Albie Manzo is single for now, but I suspect he won’t be for long.