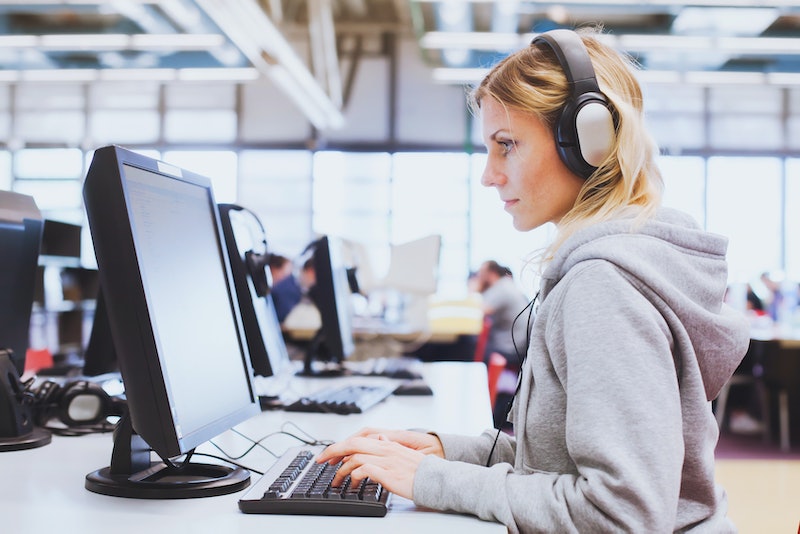 As if we didn't already have enough sexism to put up with, some freshmen at the University of Pennsylvania report that they received a sexist email from an off-campus frat during their first days at the school — but as the hundreds of "This is what rape culture looks like" flyers that were posted across campus on Tuesday demonstrate, we can do so much more than just shrug our shoulders and say "boys will be boys." The email, which was apparently an invitation to a party, allegedly called for "the fun ones" and told the recipients to "please wear something tight"; the flyers, meanwhile, consisted of printouts of the email with the words "This is what rape culture looks like" emblazoned across them. The creators of the posters have shown what we should all be doing in response to rape culture: calling it out and refusing to let it lie.

The email allegedly came from an off-campus fraternity organization that is not officially recognized by UPenn's Office of Fraternity and Sorority Life, reported The Daily Pennsylvanian. In a statement issued following the incident, the University condemned the contents of alleged email: "The text of the emails was offensive and has no place at Penn," the statement said. "As the University has made clear in its policies and protocols, sexual harassment and sexual assault are unacceptable and will not be tolerated on campus." The University also supported the creators of the "This is what rape culture looks like" flyers, noting that "challenging offensive speech, as these students did, is important and wholly consistent with the University's ongoing efforts and the national conversation about preventing and responding to sexual misconduct."

So who are the masterminds behind those flyers? A junior English major named Amanda Silberling designed and posted 800 of them along with a group of other students late on Monday and Tuesday nights, Silberling tells Bustle in a phone interview. She says they were tipped off by several freshmen who said they had received the email.

"Part of the reason why we were so outraged about it was because it's totally not the first time it's happened," says Silberling, referring to a variety of harmful behaviors, from catcalling to unwanted touching, that regularly perpetuate rape culture on college campuses.

And this is absolutely the case. The horrible truth is that one in four women will experience sexual violence in college, according to the Association of American Universities' 2015 Campus Climate Survey on Sexual Assault and Misconduct. Silberling points that rape culture affects all women: Even if you haven't directly experienced sexual violence, chances are you know a friend or colleague who has. And Silberling says she hopes the flyers will help put a stop to it.

"It's kind of ominous and scary when a whole new crop of freshman woman are arriving on campus, and you know the statistics, and you feel so helpless wanting to be able to stop them from experiencing these things," says Silberling.

Since the flyers were distributed, even more UPenn freshmen have complained to Silberling or on social media, claiming that they, too, received the email. It's unclear how many people were recipients or how the fraternity obtained their email addresses, though Silberling says UPenn does keep a directory of students' basic information, including email addresses.

But while some Greek organizations have reportedly gotten a bad rep for perpetuating rape culture, Silberling says her flyers aren't meant to solely target fraternities.

"It's not necessarily a frat problem as much as it is a larger cultural problem," she says.

What's so significant about what these students have done is show that we don't have to be bystanders in situations like these. If we work together to spread awareness about rape culture and take action, people will notice more and more that this is not OK, ever.

"It's really important for our voices to be heard, both collectively and individually," Silberling says. "If as an individual, we see something that we think is dangerous or problematic, then as individuals we can speak up. If we as individuals speak up, I hope that women on campus at large would support that."

One one hand, it's fantastic that these students are calling out rape culture for what it is at their school, because that's what we should all be doing when we see something wrong. As Silberling says, "It's all of our responsibility." On the other hand, it's highly unfair and infuriating that this is an issue we have to address at all. If any good came out of the emails, at the very least it's reminded people once again that rape culture is very real and things like this happen on a daily basis. Let's keep the conversation going.